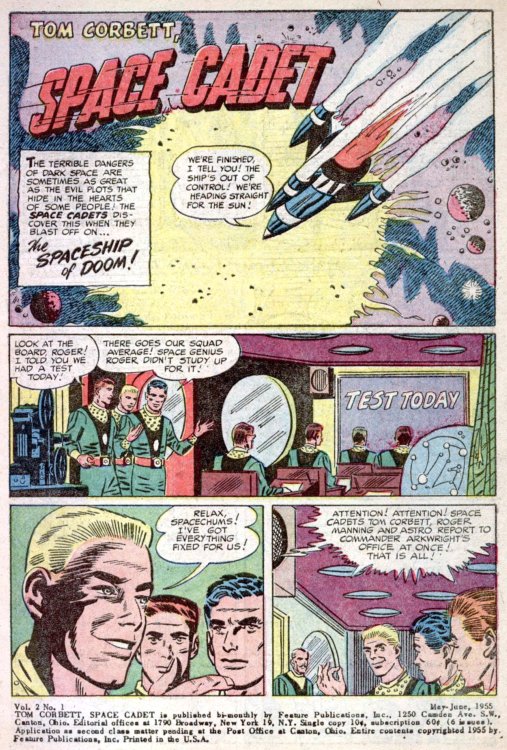 ...with his first appearance in his second comic series!
So, let's join the crew of the Space Academy ship Polaris... 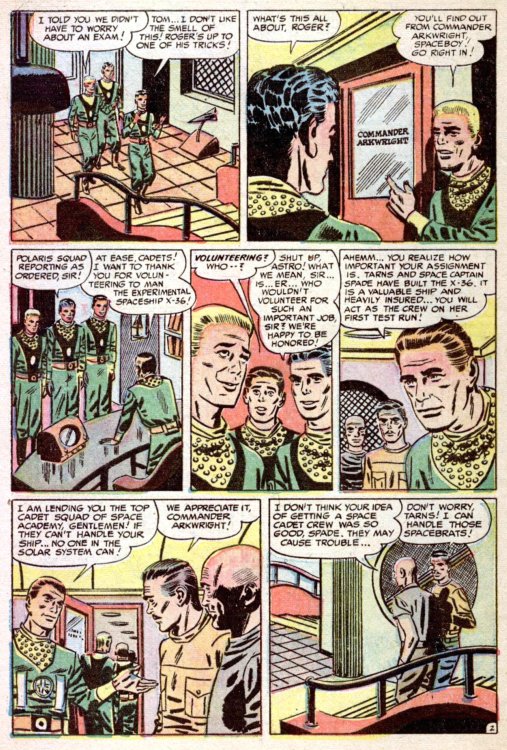 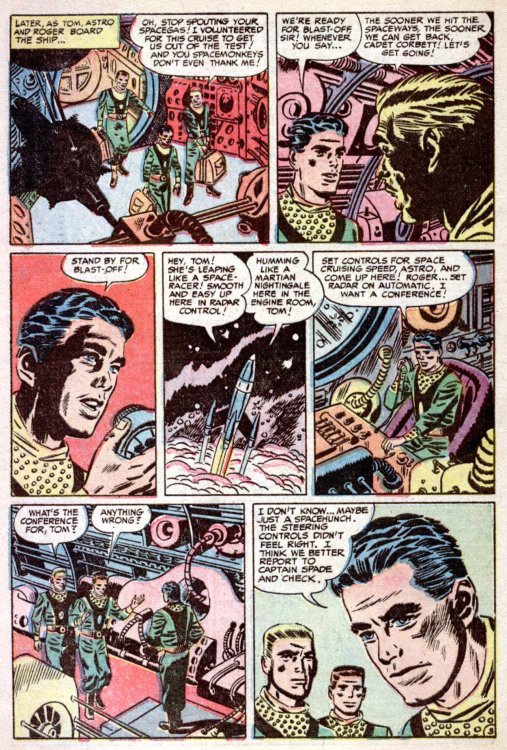 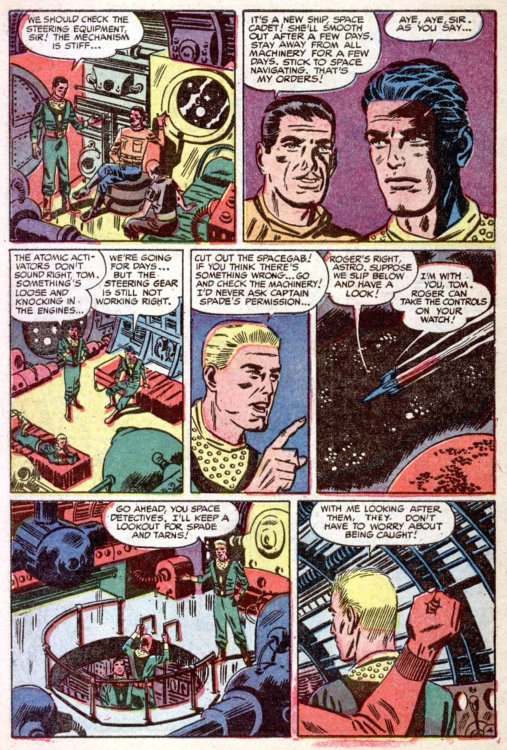 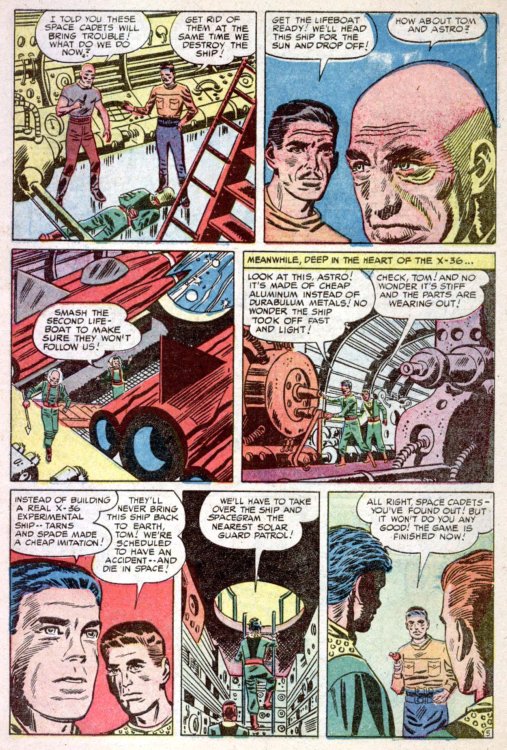 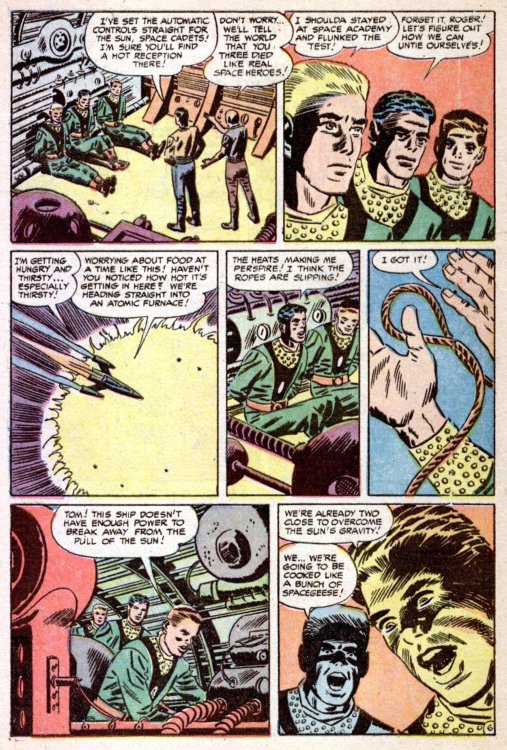 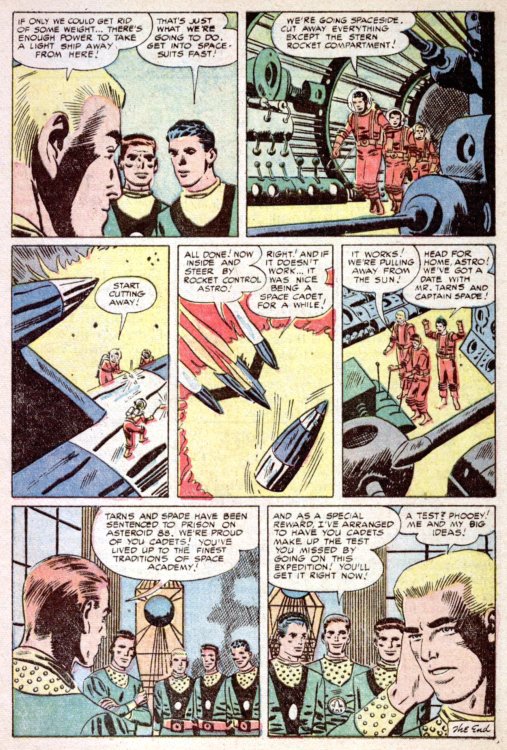 Besides being the longest-running tv/radio show of the genre, Tom Corbett had the longest run of any of the comics adaptations...fifteen issues with two different publishers!
The second series was published by Prize Comics and packaged (as were a number of Prize titles of the period) by the Simon & Kirby studio.
The primary artist was Mort Meskin, but there are apparently other artists doing layouts and inking including Jack Kirby and Steve Ditko.
This tale from Prize Comics' V2N1 (1955) was penciled by Meskin and inked by several different artists.
Visit our

Comics Collectibles Store
Posted by Britt Reid at 11:34 AM No comments:

Though his radio show had been off the air for several years... 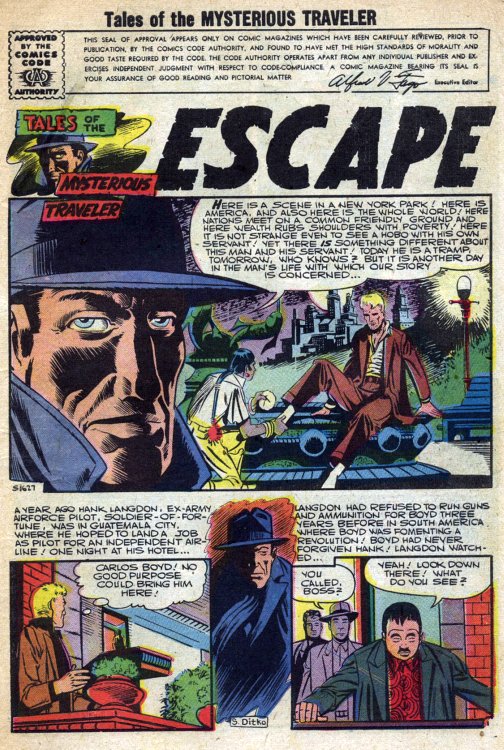 ...the name-value of the Mysterious Traveler had enough cachet to keep this comic book series going for years after! 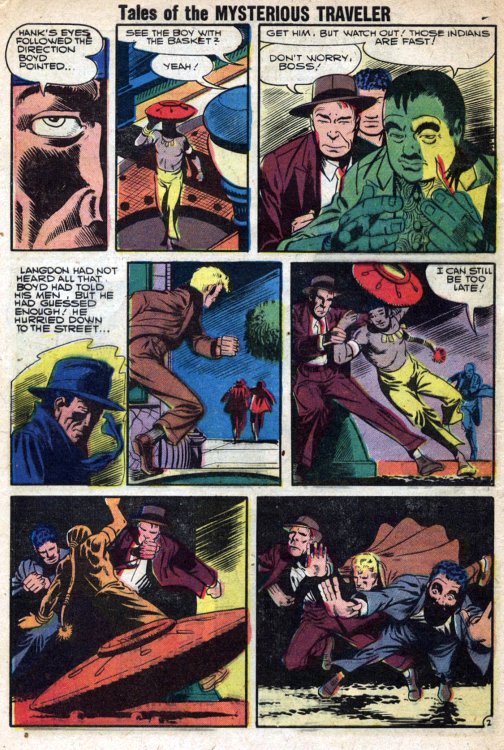 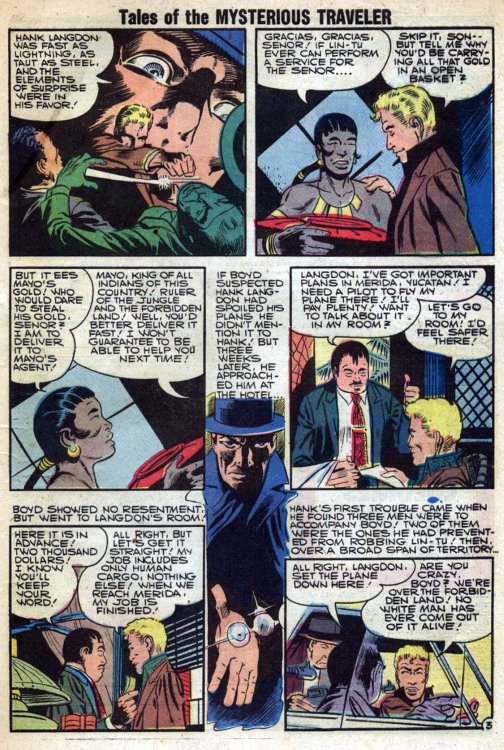 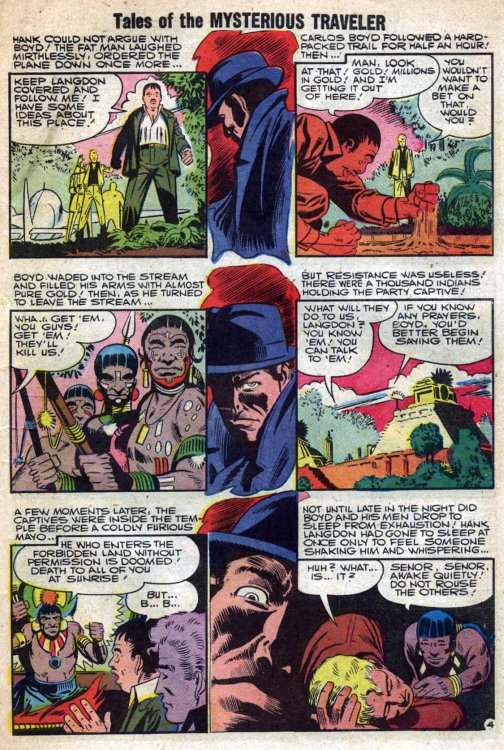 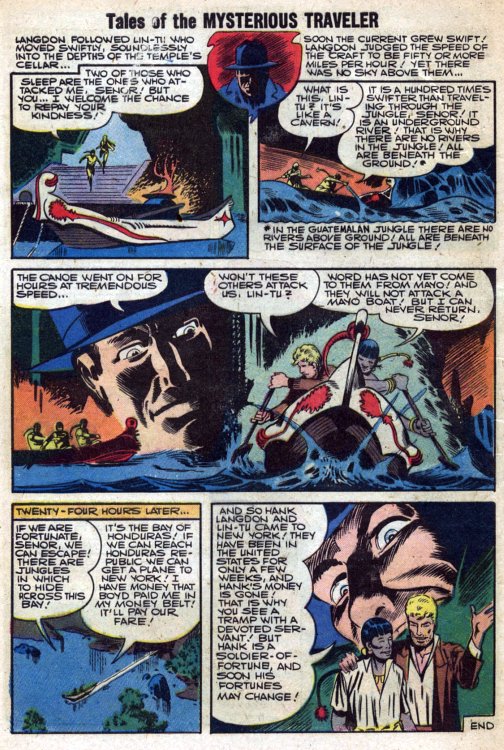 This story from Tales of the Mysterious Traveler #4 (1957) was illustrated by the legendary Steve Ditko, who would later create or co-create Spider-Man, Dr Strange, The Question, The Creeper, and a number of other unusual characters.

Comic Collectible Shop
Posted by Britt Reid at 12:12 AM No comments:

"Sloppy, LA Times, Sloppy!" he sneered as he stroked his cat.

I hate it when "reputable" and "authoritative" sources get things wrong...

The Los Angeles Times is running a number of features about James Bond this week.
This particular one, about previous actors who played Bond has this caption to go with the pic above...
"Roger Moore as the second iteration of James Bond, with Barbara Bach as the beautiful Russian spy Anya in "The Spy Who Loved Me" (1977)"
Ironically, a couple of slides later, they have this pic and caption...

George Lazenby protects Big Ben in a publicity shot for "On Her Majesty's Secret Service" (1969).
So a 1969 movie comes after a 1977 film?
For several years, I edited, wrote, and (if there was time in the schedule) designed the licensed movie souvenir books that were sold in theaters.
This sort of inept fact-checking would've had me out of a job the second the licensors saw it.
Posted by Britt Reid at 11:46 AM No comments: