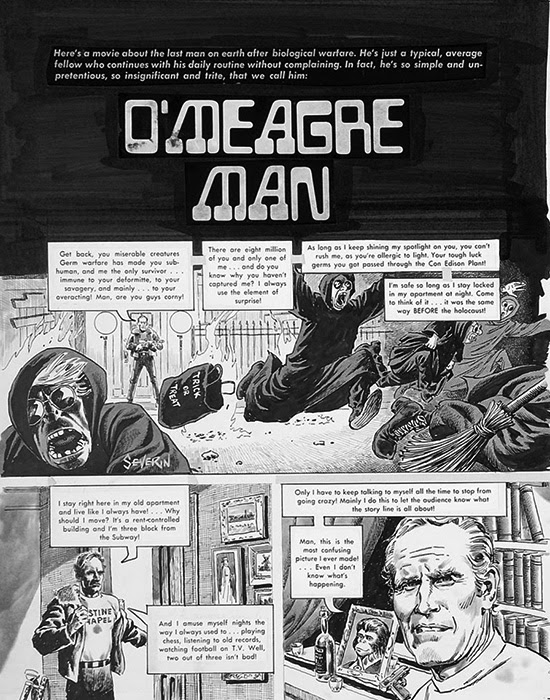 ...that didn't have a "straight" comics adaptation! 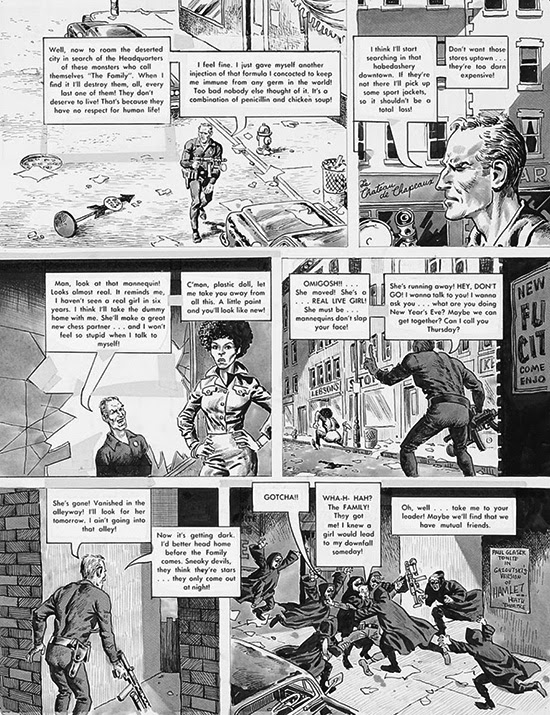 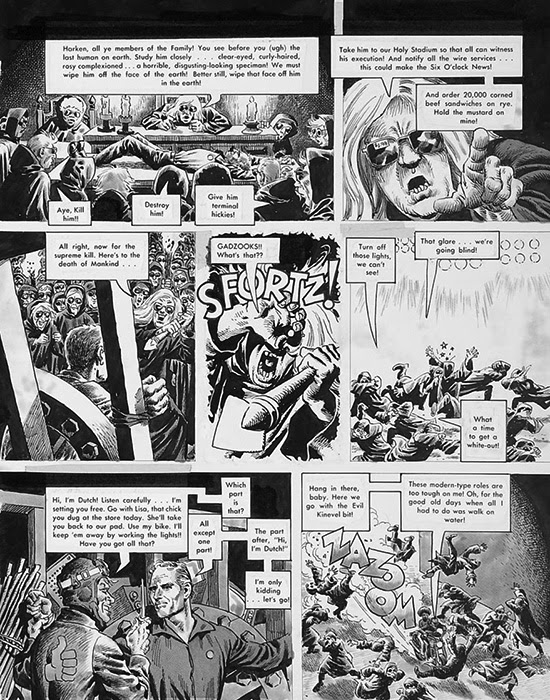 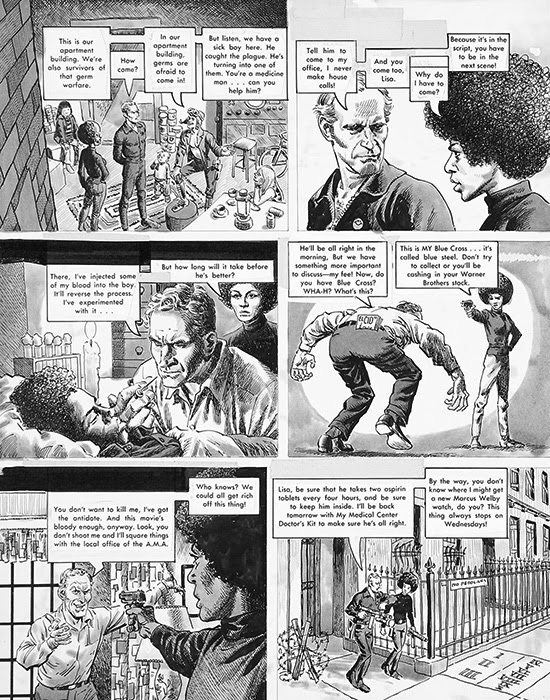 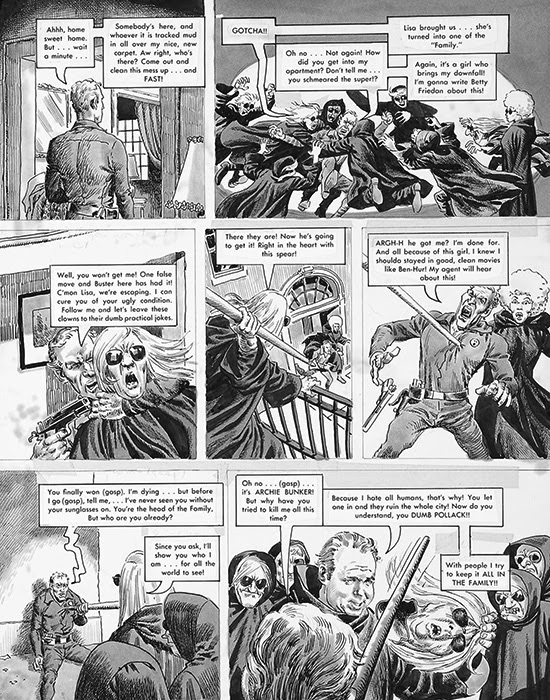 For those who don't "get" the dated punchline, the final reveal shows the leader to be the primary character of the politically-incorrect 1970s TV series All in the Family.

Illustrated by John Severin (with an assist on likenesses by his sister, master caricaturist Marie Severin), this story from Major Publications' Cracked #100 (1972) is the only adaptation and only spoof of the movie, which itself is the second movie adaptation of Richard Matheson's novelette I Am Legend!
(The first was 1964's Last Man on Earth, starring Vincent Price!)
All three versions specify that a virus kills most of the human population and mutates almost all the survivors into creatures (ghouls/vampires/zombies depending on which version you're watching)!
Note: two of the three cinema versions specify that the disease is man-made!
(Thr original novella indicates it's a natural mutation of rabies and carried by animals!
In the Will Smith movie, it's called the "Krippen Virus" and was intended to destroy cancer cells.
In the Charlton Heston flick, it's nameless biological weapons used by Red China and the USSR in a border conflict which gets out of control!
In the Vincent Price movie, the plague's cause is unspecified.
Please Support Secret Sanctum of Captain Video!
Visit Amazon and Order... 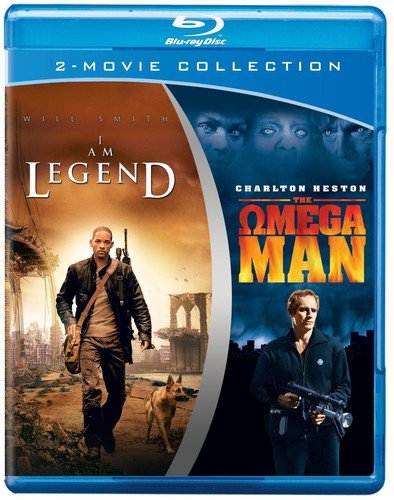 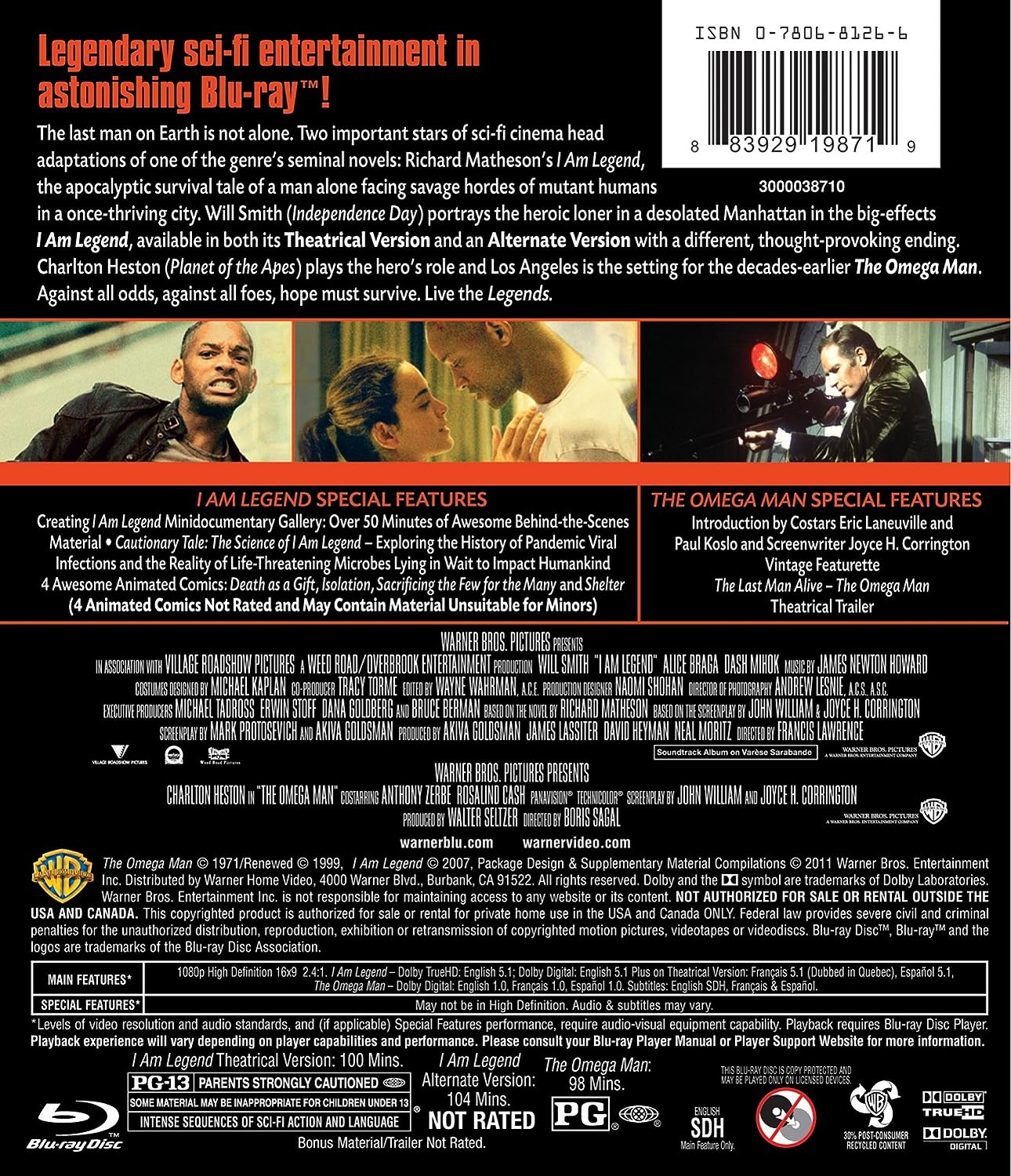 I Am Legend/Omega Man
Which features both the recent Will Smith version and the 1970s Charlton Heston version!
(But not the 1960s Vincent Price adaptation.
That one, you can get here...) 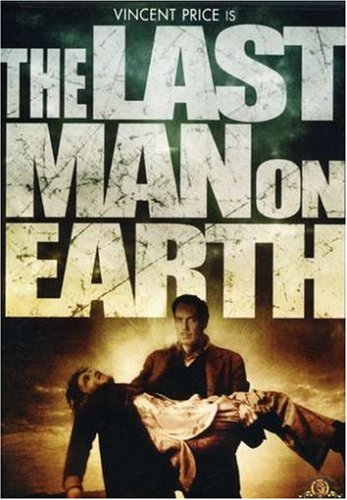 Last Man on Earth
Posted by Britt Reid at 6:00 AM No comments: