With the revival mini-series ending tonight... 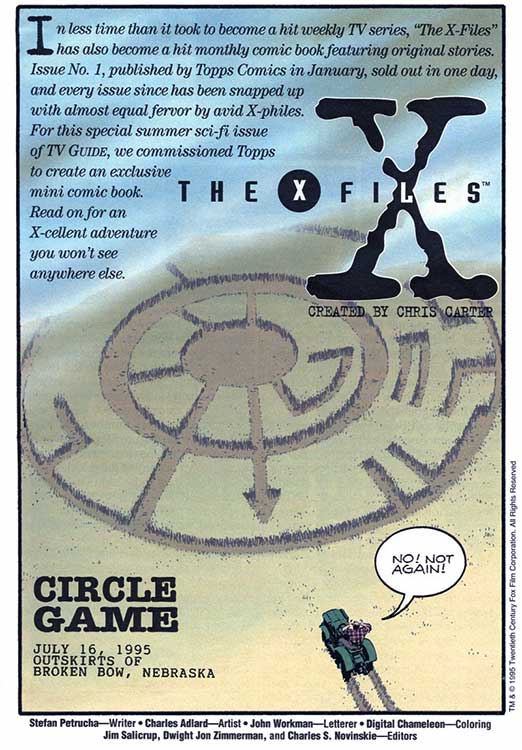 ...we thought we'd re-present probably the only never-reprinted story from the fabled Topps Comics run (1995-98). 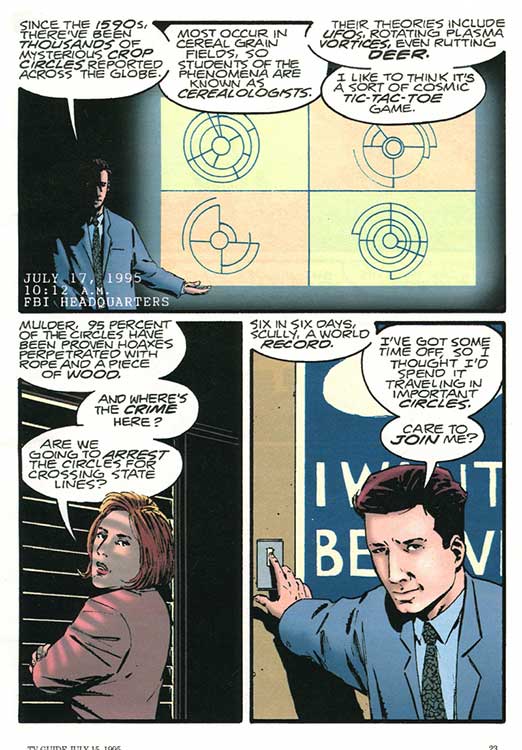 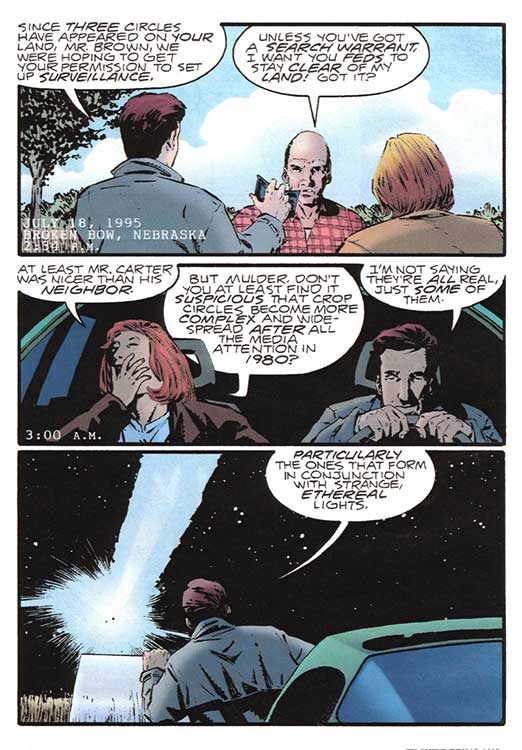 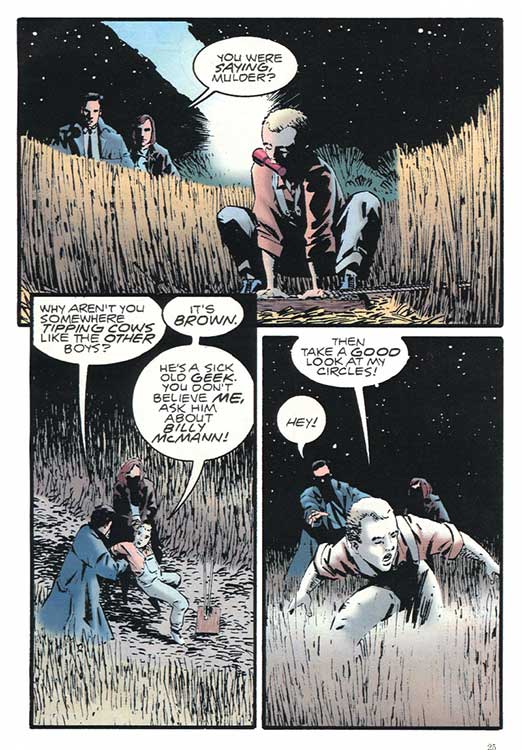 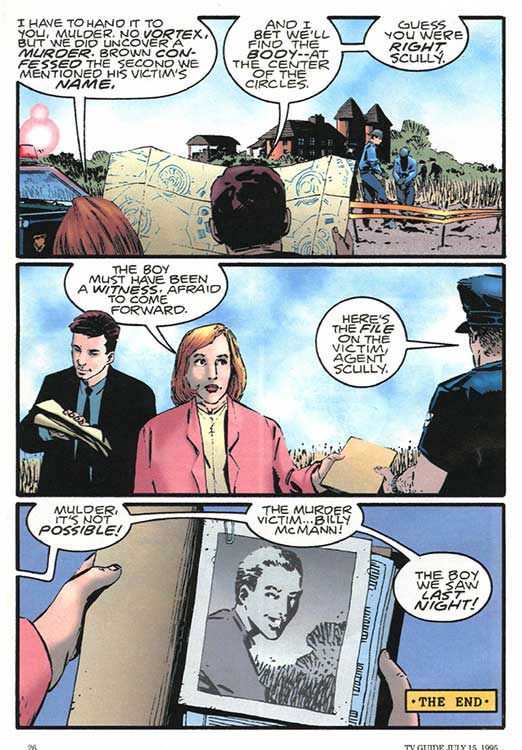 Written by Stefan Petrucha and illustrated by Charles (The Walking Dead) Adlard, this tale appeared in the July 15, 1995 issue of TV Guide.
For the British-born Adlard, his work on The X-Files comic was his American breakout assignment, after doing projects for Marvel UK, the short-lived Defiant Comics, and beginning work on Topps' Mars Attacks revival.
His somewhat-abstract style, capturing the essence of the characters instead of exact likenesses, worked perfectly in keeping the moodiness and atmosphere of the TV show, where darkness and shadow played such an important part of the imagery.
Posted by Britt Reid at 4:39 PM 1 comment: