The Many Incarnations of Dobie Gillis (Conclusion)

Though The Many Loves of Dobie Gillis left first-run TV in 1964, it still lives on...

...as the "inspiration" for the Scooby-Doo crew in their newest series, Be Cool, Scooby-Doo!, coming in Fall 2015 on Boomerang!
Just as "The Honeymooners set in prehistoric times" served as the thematic basis for The Flintstones, "Dobie Gillis & friends (along with a talking dog) solving crimes" was the basis for every Scooby-Doo series (over a dozen since 1969, plus two live-action feature films and numerous tv-movies, both animated and live-action)
The parallels are obvious:
Fred (handsome, athletic, slightly dense) = Dobie
Shaggy (lazy, slang-using) = Maynard
Daphne (beautiful) = Thalia
Velma (brainy, frumpy) = Zelda
Note that this proposal was the second version of the concept pitched to the networks.
The first one, based on the concept of "The Archies (the cartoon musical group who had been on the air for a year) and a talking dog (not Hot Dog) solving crimes" had been rejected!
The detailed, well-researched explanation can be found HERE.
But, wait!
There's more!
An urban legend postulates that Many Loves of Dobie Gillis was actually a reworked Archie tv series proposal!
Interesting idea...except that Dobie was based on Max Shulman's previously-published stories.
Plus, Dobie's premise was to have numerous girlfriends...hence the name "Many Loves of..."
An idea reinforced in the pilot's epilogue (which was cut when the show actually aired, since it was meant to be seen only by network executives and potential sponsors...
BTW, you may note two performers with sci-fi/fantasy connections:
Dobie's older brother is Ron Ely who would later play Tarzan, Doc Savage, and the Golden Age Superman.
(When Dobie was greenlighted, Dwayne Hickman's real-life older brother Darryl Hickman played Dobie's reel-life older brother who appeared in several first-season episodes, then disappeared!)
And the dark-haired girl is Yvonne Craig aka Barbara Gordon/Batgirl from the 1960s tv series!
(Yvonne appeared five times on Dobie, more than any other non-regular, each time as a different girl!)
While there had been a successful Archie radio series, there was no Archie tv pilot produced until 1964, the year Dobie went off the air.
The pilot didn't sell.
There was also a 1976 pilot that would've starred David Caruso as Archie, but he was replaced at the last minute before filming began.
You can see the details of the two pilots (as well as the 1964 pilot itself HERE.
And now for the kicker...
In 1999, a new animated series debuted about a group of teenagers investigating unusual happenings and crimes.
No, it wasn't one of the many Scooby-Doo series, though there was a new animated tv-movie that year!
It was... 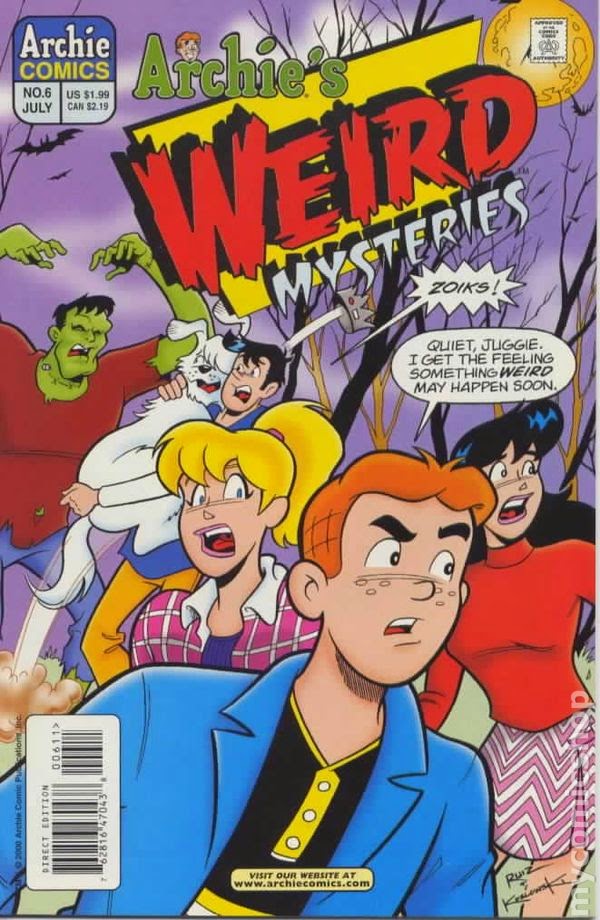 You'll note Jughead's use of Shaggy's catchphrase...on the cover, yet!
The show ran only one year (plus reruns).
The spin-off comic outlived it by two years!
To recap, Many Loves of Dobie Gillis (supposedly inspired by Archie) inspired Scooby-Doo, which, in turn, inspired Archie's Weird Mysteries!
Reality is stranger than fiction! 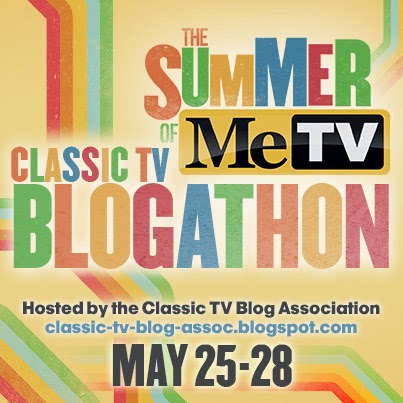 The Many Incarnations of Dobie Gillis (Part 2) 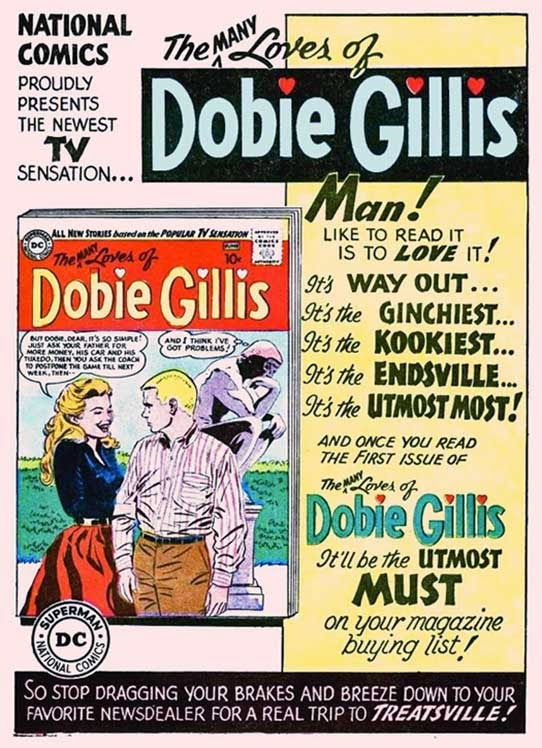 Dobie received his own title from DC Comics in 1960, six months after the show debuted.
Written by DC's hippest writer, Arnold Drake, and illustrated by their best caricaturist, Bob Oksner, the mag reflected the mindset and attitude of the tv series pretty closely.
But, perhaps for licensing reasons, only Dobie, Maynard, Dobie's parents, and original girlfriend Thalia (played by Tuesday Weld) appeared in the comics!
(When Tuesday Weld left the show, Thalia also disappeared from the comic!)
No Zelda!
No Milton Armitage! (played by Warren Beatty in his first steady gig)
No Chatsworth (who replaced Milton as Dobie's nemesis)
None of the colorful supporting cast from the series! 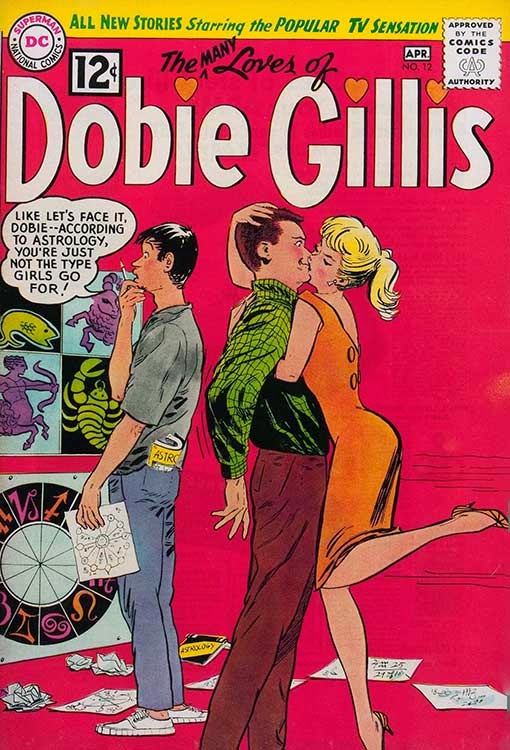 Running for 26 issues (and outlasting the show by almost a year), you'd think the comics would go the way of most tv/movie comic adaptations and disappear from sight, never to be seen again.
That's not quite how it went.

Five years later, DC wanted to go head-to-head with Archie Comics with teen-themed titles and felt the Dobie stories could work if they were "updated" with current hairstyles and fashions.
The idea had proven successful with romance comics, where they (and Marvel, and other companies) had been doing that to fill out the books with a new story up front with older (and cheaper, since they weren't paying reprint fees) stories in back as shown HERE!
But, DC had let the license for the Dobie Gillis characters expire since the show was cancelled.
Since they were modifying the art anyway, the editors just renamed the characters!
In addition, "beatniks" became "hippies", and other cultural references were also updated. 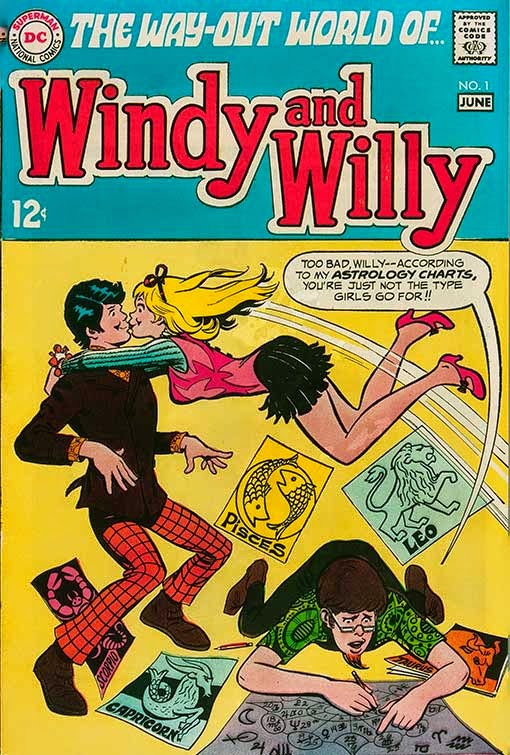 With new covers based on the earlier cover jokes (like the Dobie original and Windy re-do covers above), DC launched Windy and Willy in their own book.
Note: "Windy" is the revised Maynard,  so he finally gets top billing over Dobie aka Willy!

Despite the economical updating, Windy and Willy lasted only four issues.
You'd think that would have been the last attempt to recycle the Dobie Gillis concept.
Hoo boy, would you be wrong!
Tomorrow, see how Dobie and his friends were reincarnated into one of the most successful pop culture franchises in history!
This post is part of... 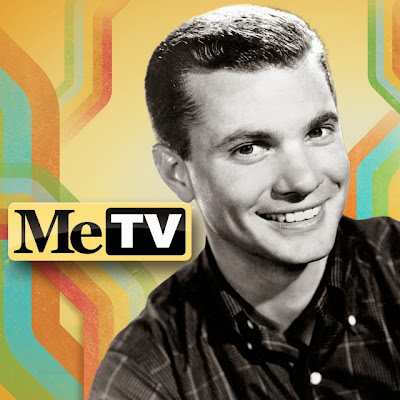 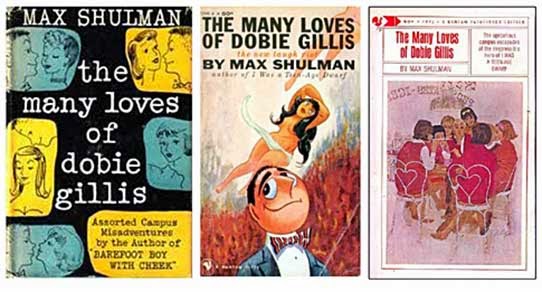 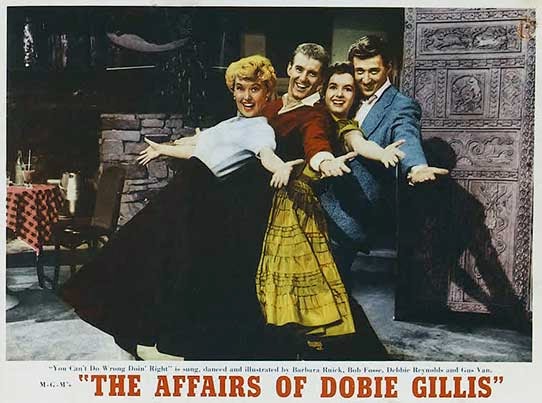 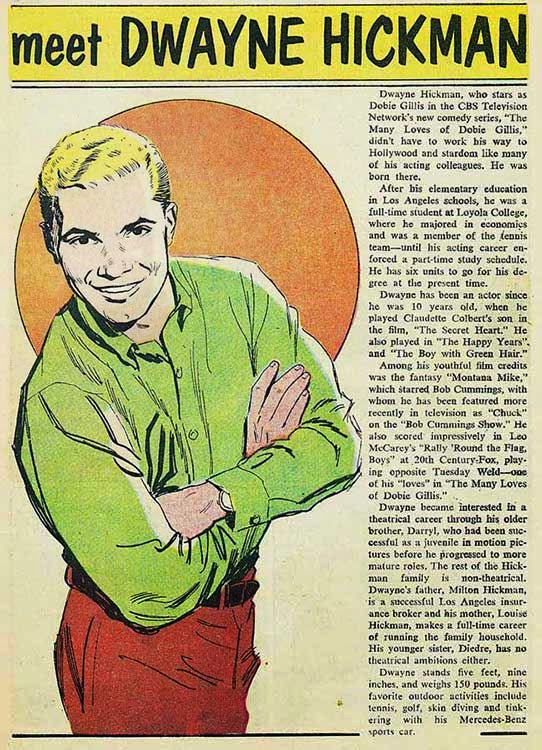 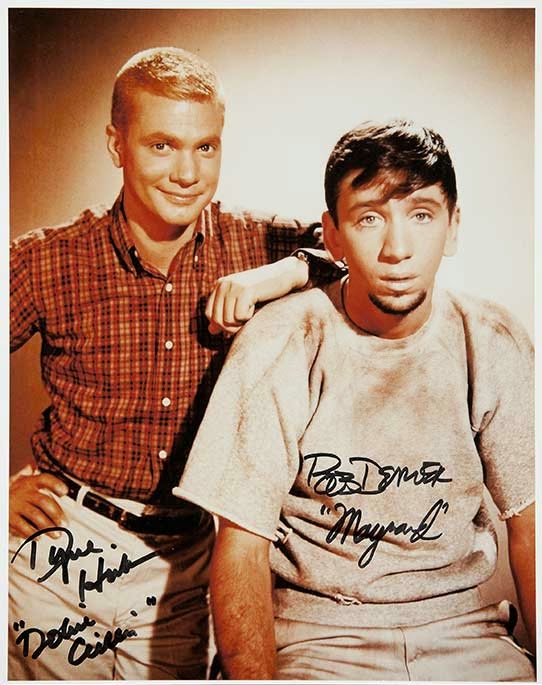 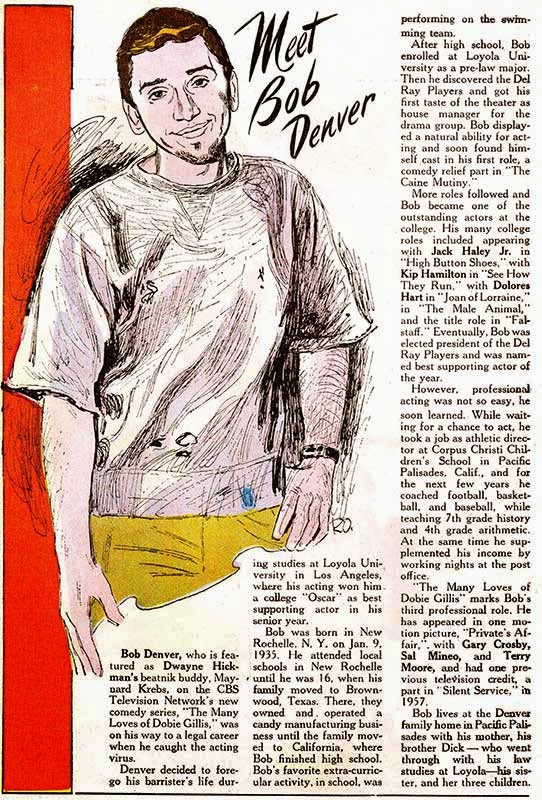