Despite only running one season (or "series" as the Brits call them), the original concept for The Avengers was popular enough to inspire this one-shot comic strip that combined illustrations with photos.
Note: May be NSFW due to racial stereotypes common to the era. 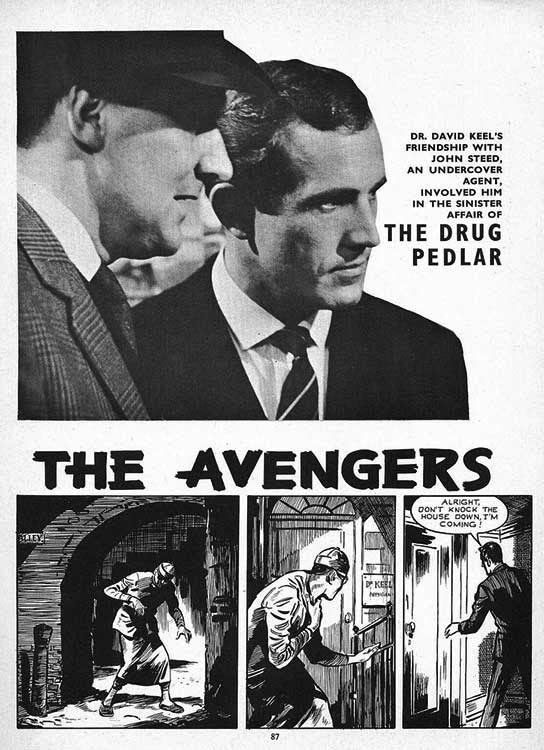 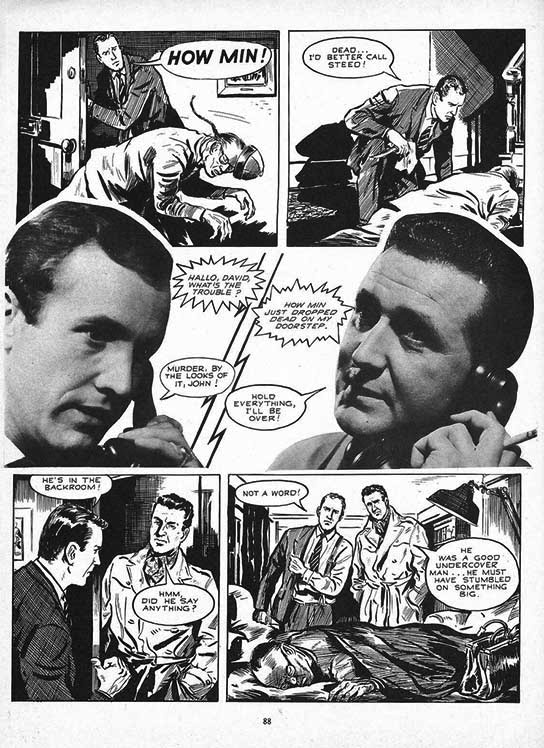 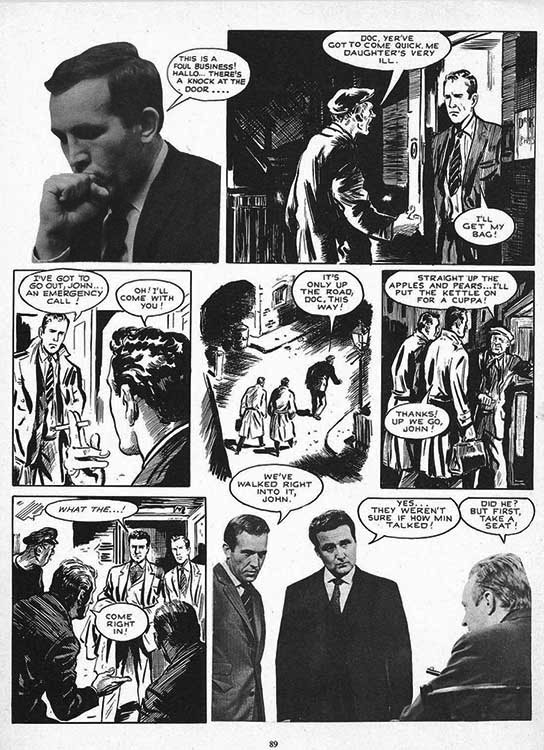 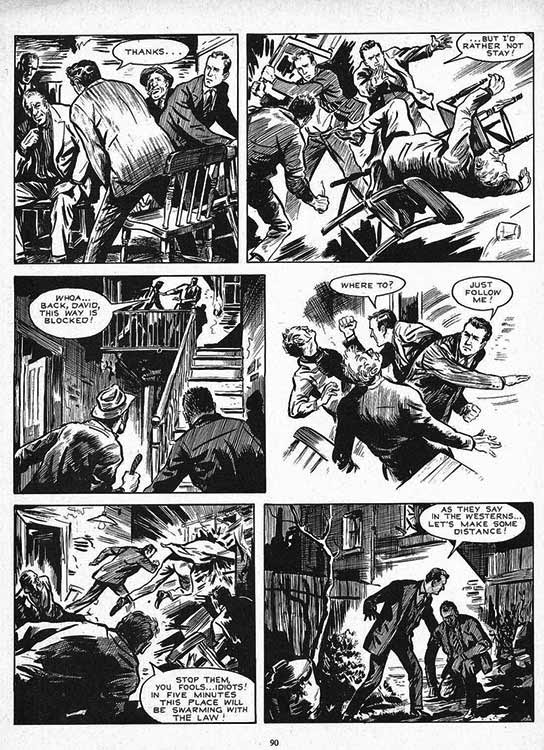 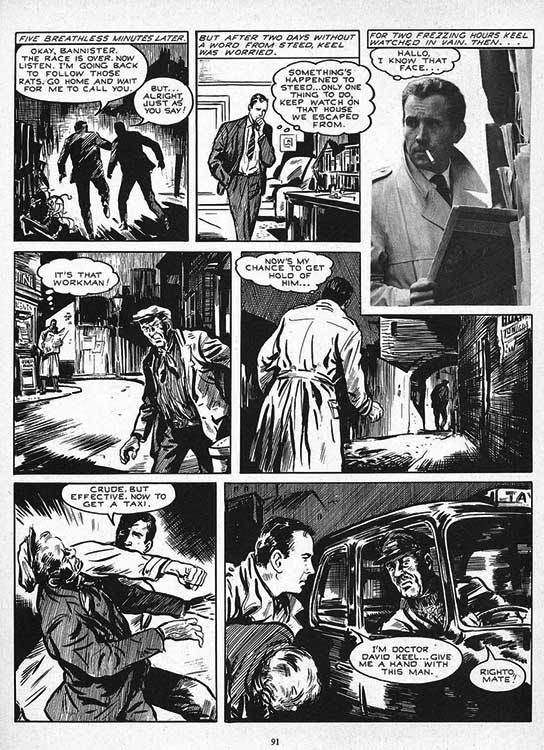 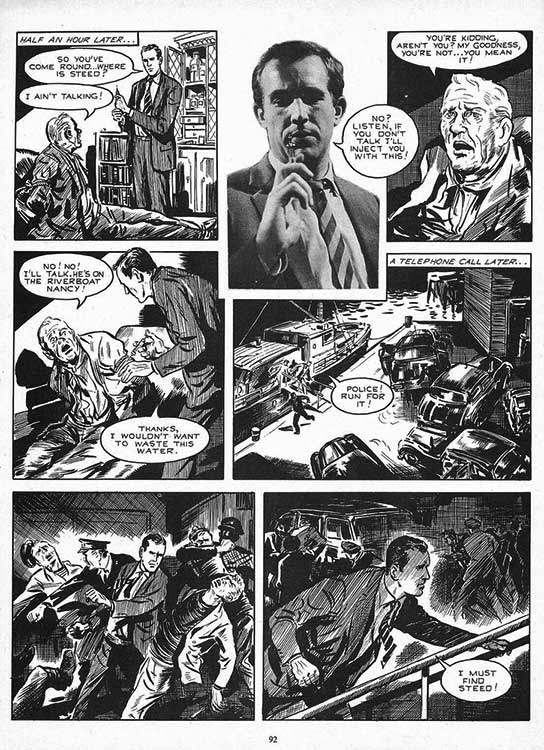 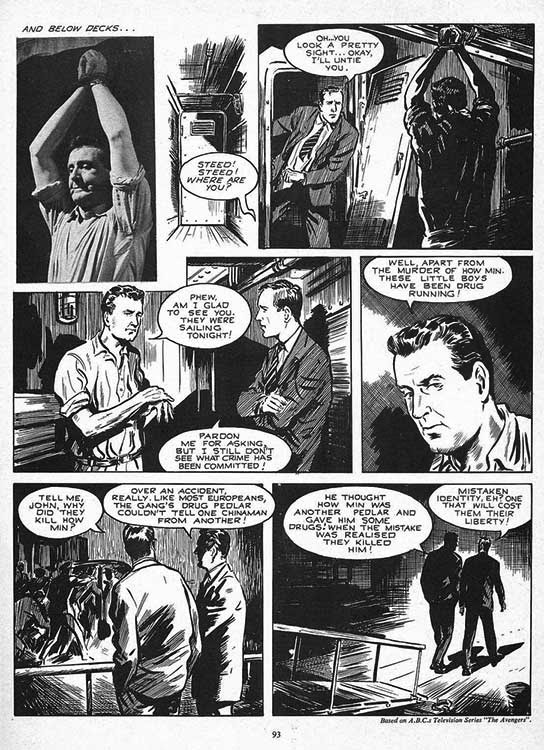 Neither the writer nor artist for this strip from World Distributors' hardcover TV Crimebusters Annual (1962) were identified.
The story has never been published in the US, which makes sense since the show didn't air in America until the first Mrs. Peel season in 1965.
Also in this hardcover book were strips and illustrated text stories for British shows Danger Man (Secret Agent in America), Dixon of Dock Green, Interpol Calling and The Pursuers along with American series airing in Britain Hawaiian Eye, Roaring 20's, 77 Sunset Strip, and Charlie Chan.
These "annuals" based on tv shows, movies, and literary & comic strip characters would be sold from autumn through Christmas, often being used as presents and stocking stuffers.
Many shows including Dr Who, Star Trek, the various Gerry Anderson series (Thunderbirds, Captain Scarlet, Space: 1999, etc), and later series of The Avengers, had their own titles.
Popular characters like Thunderbirds' Lady Penelope and Dr Who's Daleks also had their own Annuals.
These books are very HTF and wildly-expensive in America, but if you're a collector of those show's merchandise, they are must-haves.

And for more kool tv crimefighters, click on the banner to go to the... 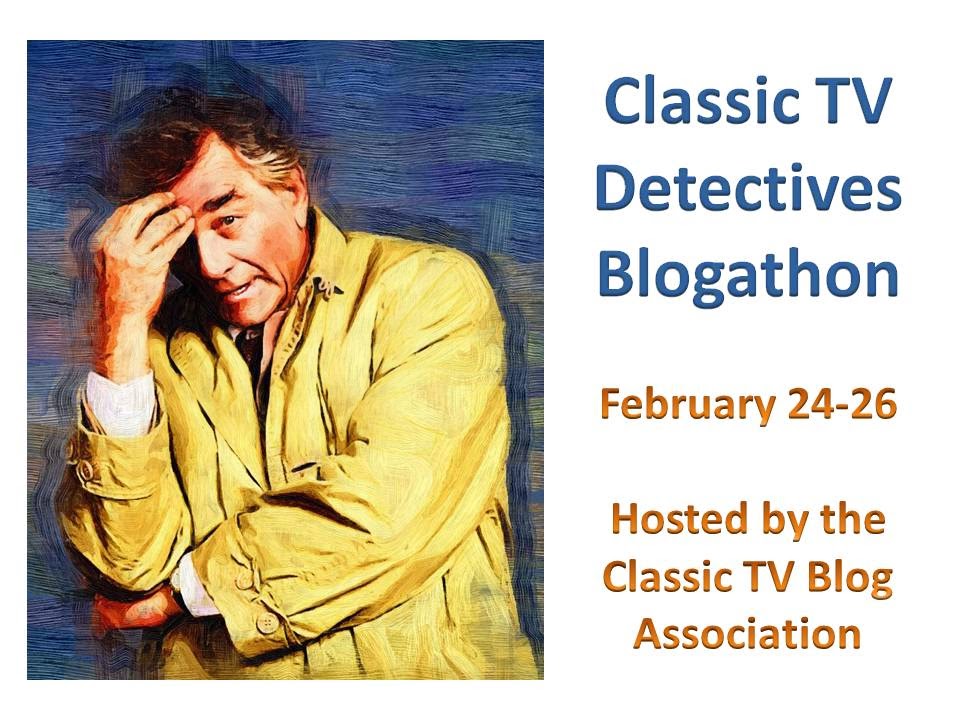 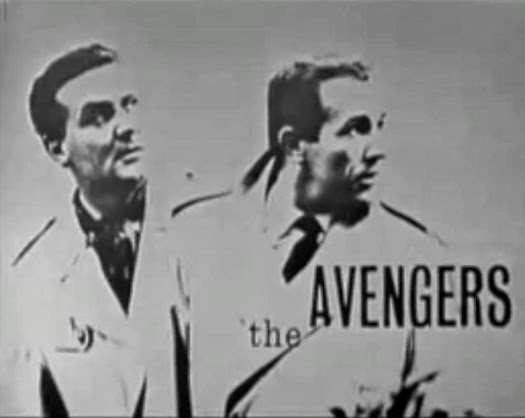 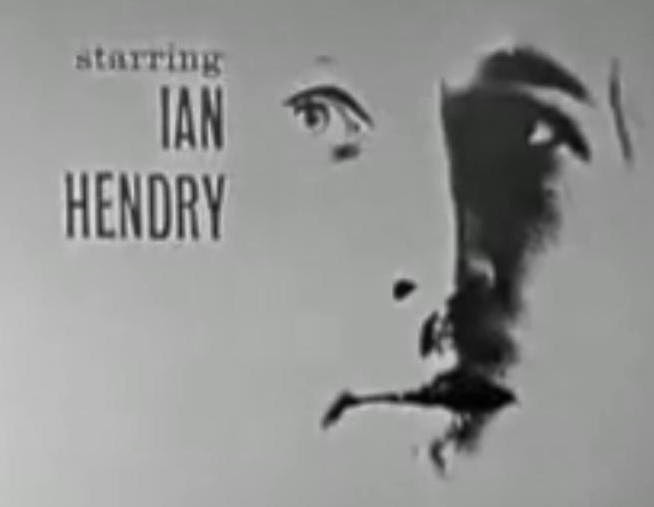 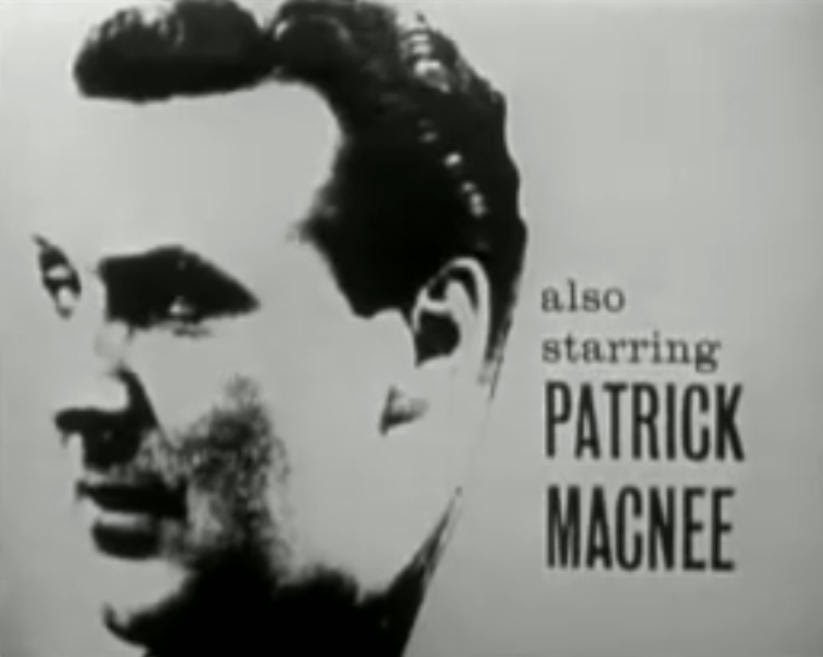 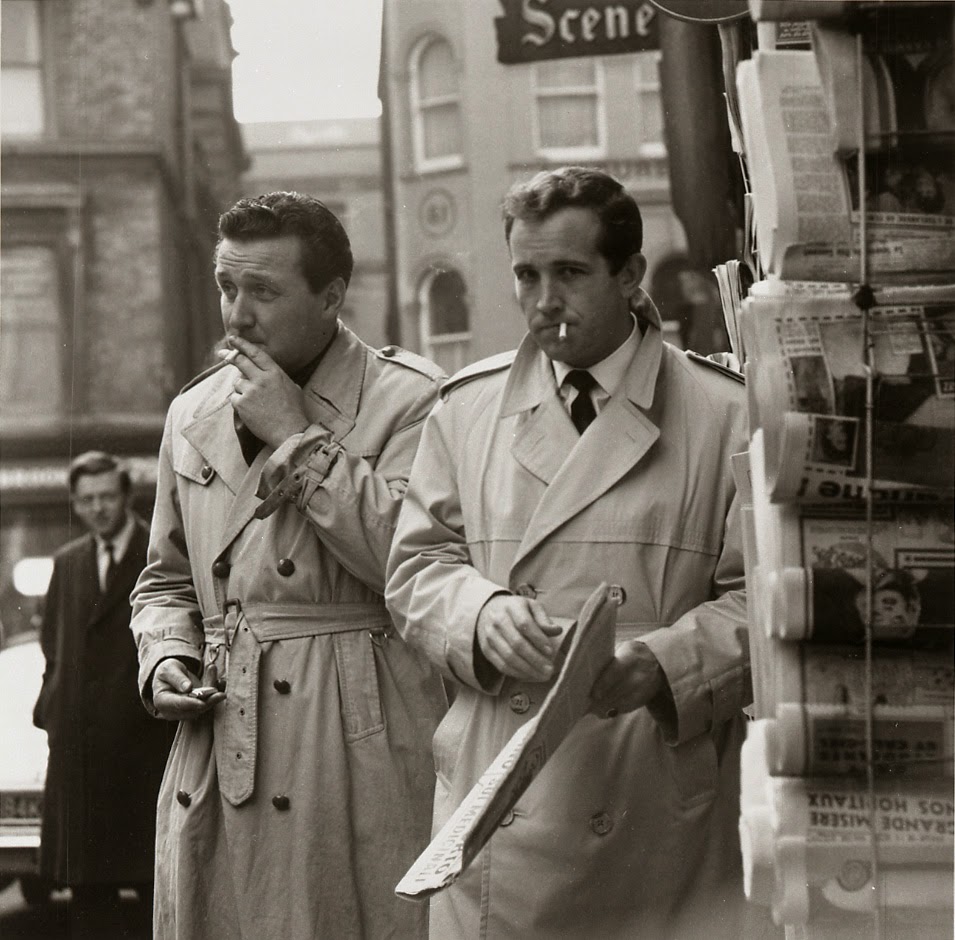 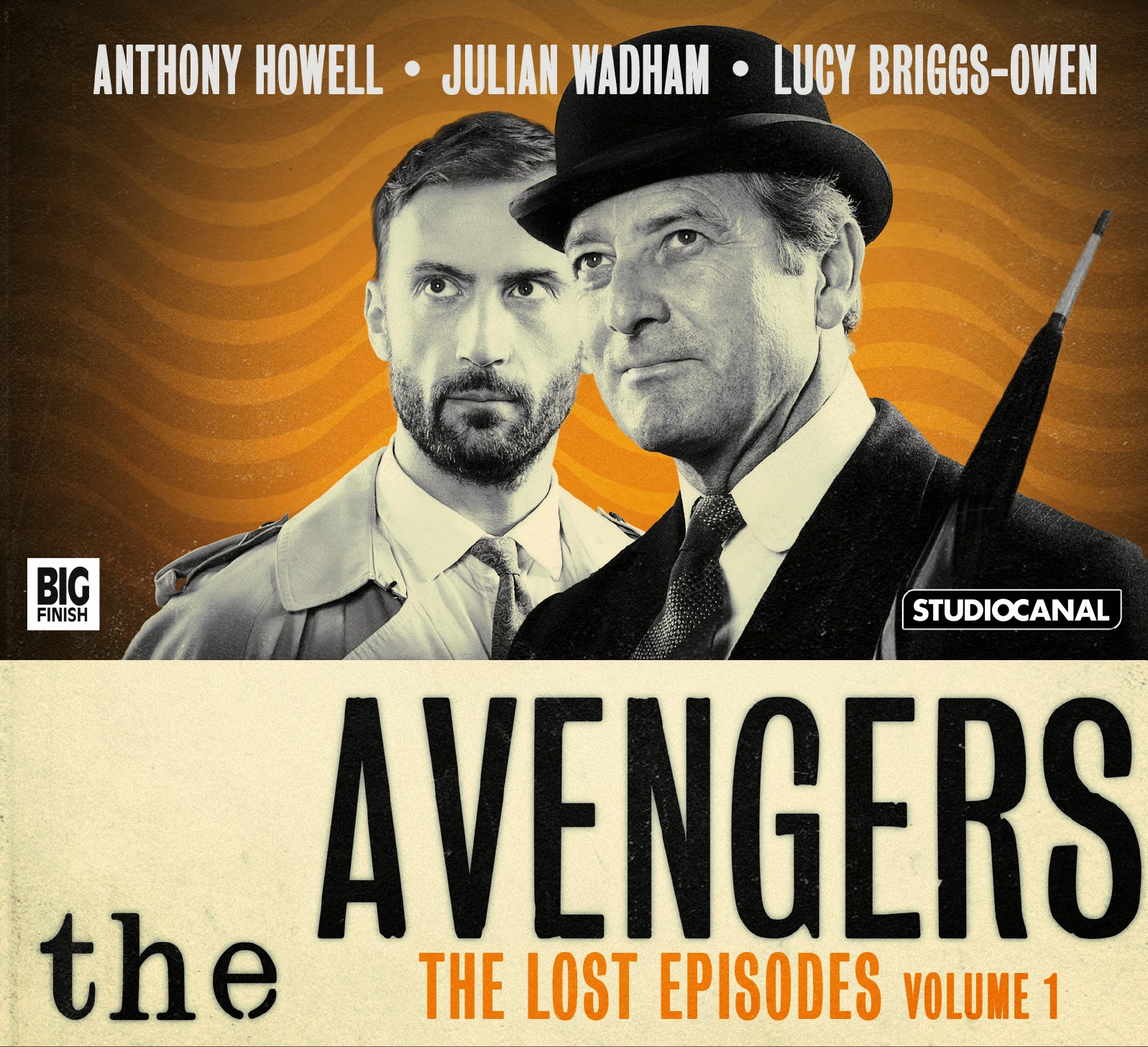 ...for info on many other video sleuths, gumshoes, spies, and cops!
Posted by Britt Reid at 11:18 AM 7 comments: