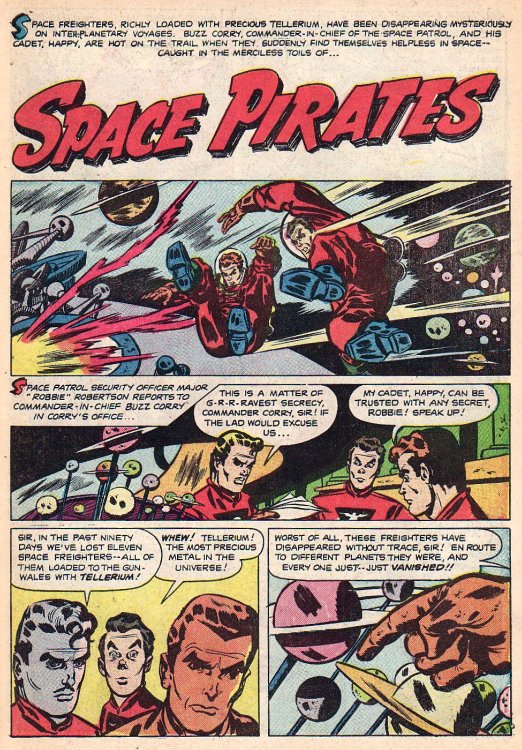 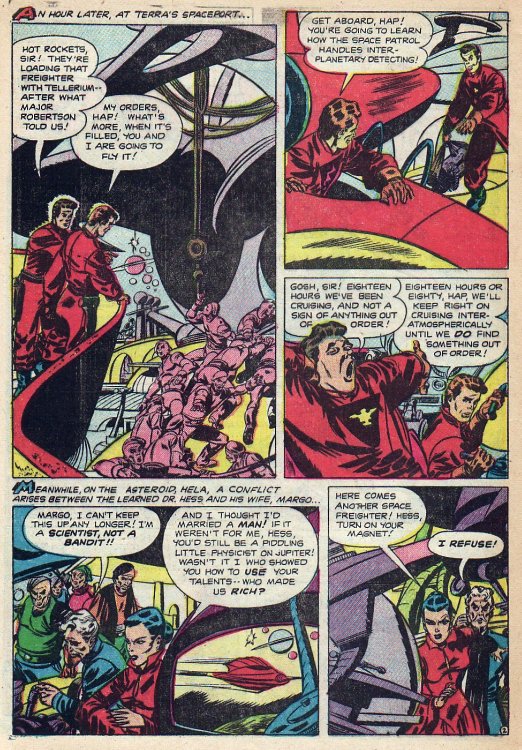 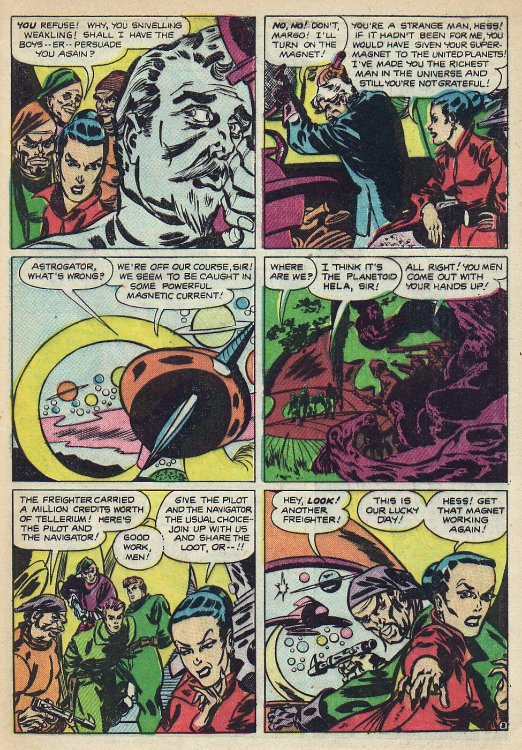 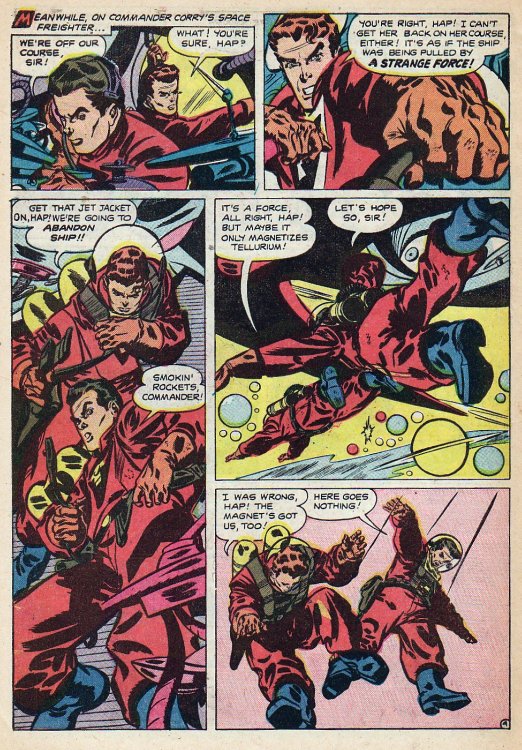 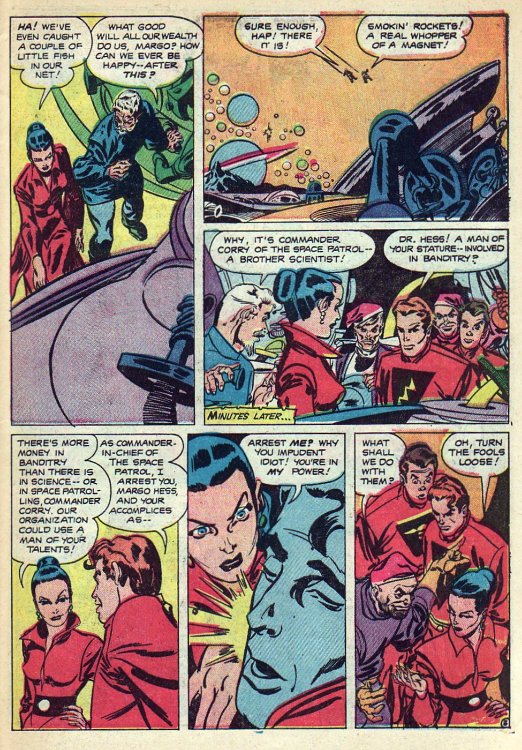 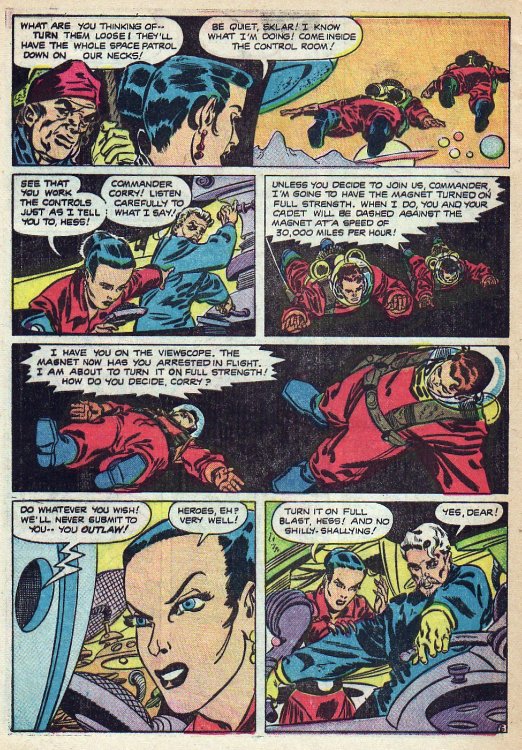 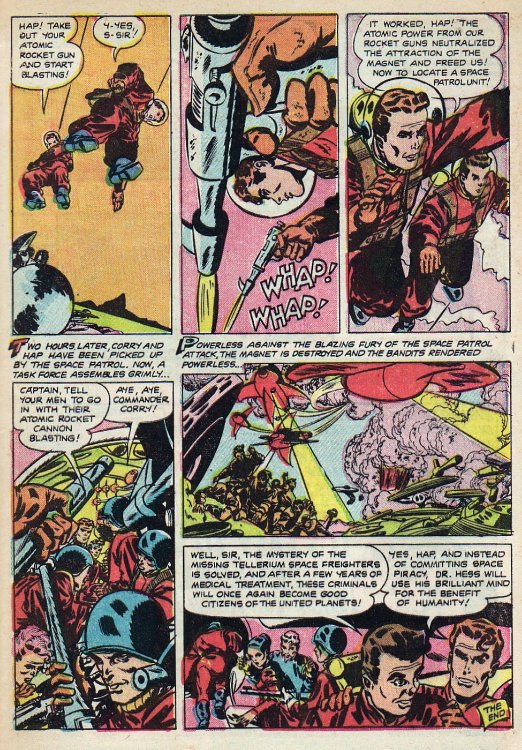 Though the art is clearly Bernie Krigstein, there's debate as to whether the writer is Paul S Newman or Phillip Evans.

One of the cool aspects of these comic book versions of 1950s radio/tv series is that they weren't limited by budget restrictions as the actual shows were.
Whatever the author's mind could conceive, the illustrators could deliver without having to worry about plywood sets or props made out of kitchen utensils!

There's more Space Patrol excitement to come as we present every tale from its' two-issue run!
Watch for it!

Classic Comix and Movie Collectibles Store
Posted by Britt Reid at 12:42 AM No comments:

...and, while most of the obits mentioned his guest appearances on three Star Trek series (Classic, Deep Space 9, and Voyager) as Kang, few listed his breakthrough role as the real-life Apache chief Cochise on the 1950s TV series Broken Arrow, based on the novel Blood Brother by Elliot Arnold. 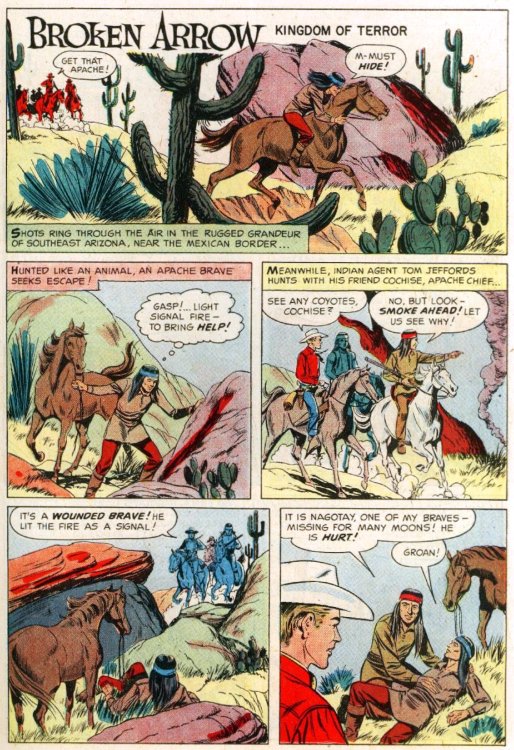 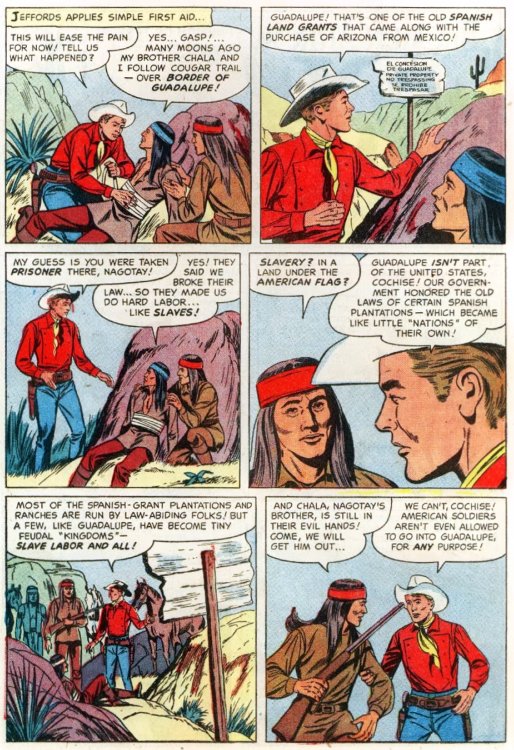 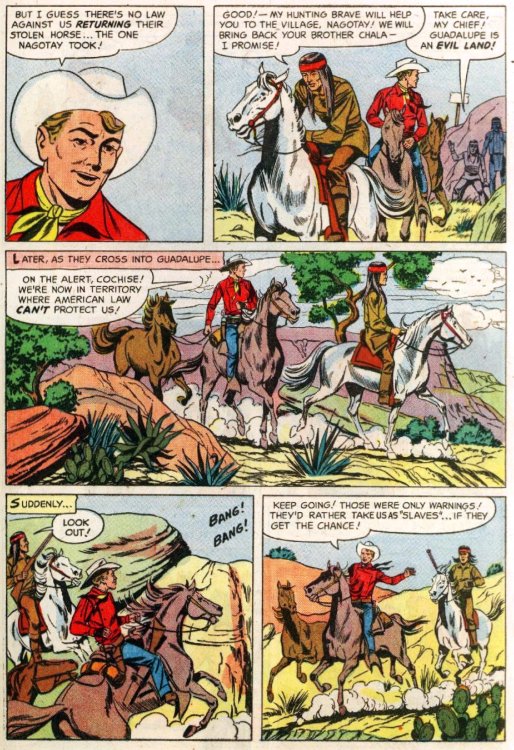 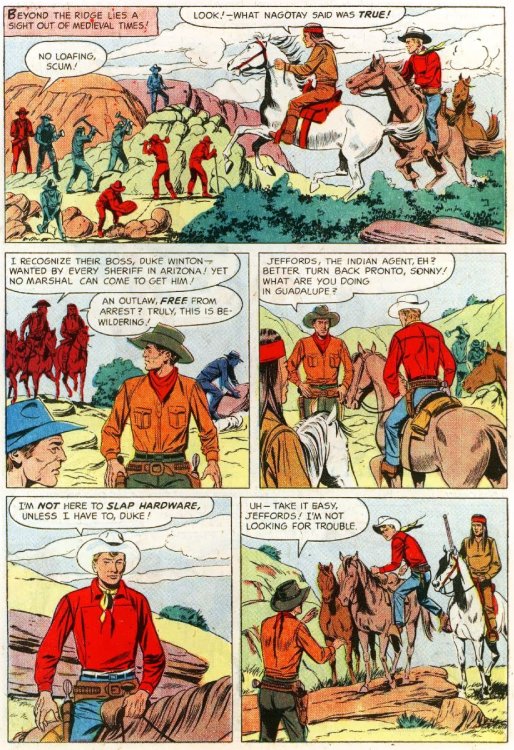 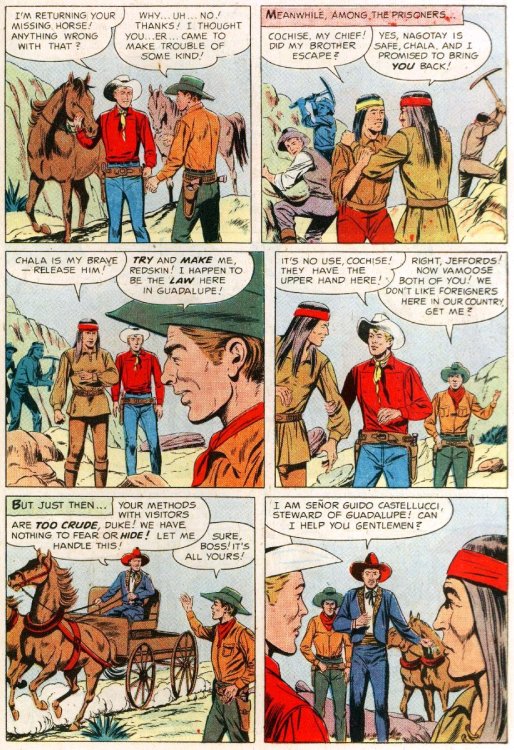 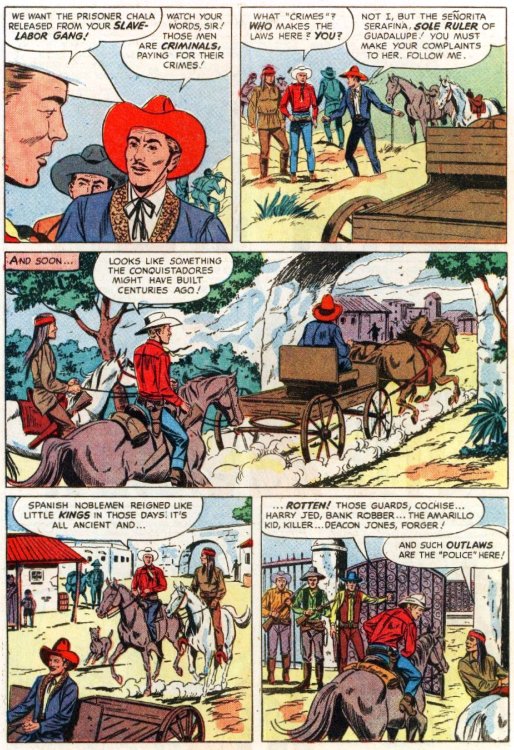 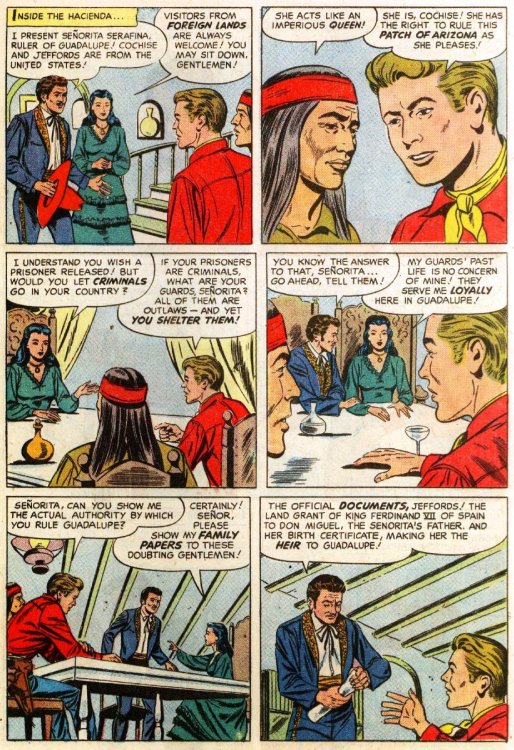 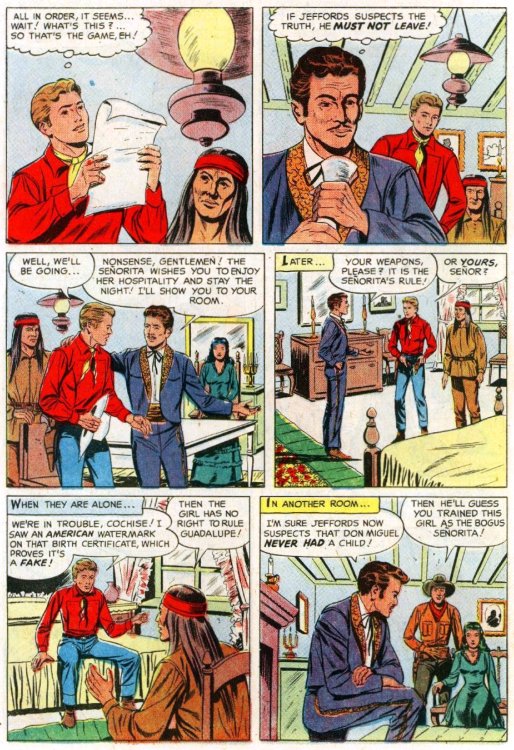 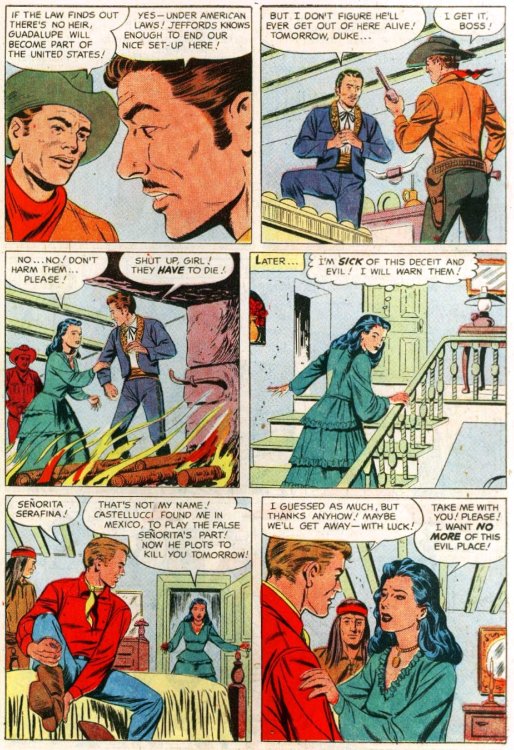 Will Jeffords and Cochise help "Serafina" to escape?
Can they escape?
And what of Chala, still held captive and enslaved?
Visit our "brother" blog Western Comics Adventures™ later today for the answer!
This story from Dell's Four Color Comics  #855 (1957) was adapted from the script of the TV episode of the same name broadcast Jan. 14, 1958...and was published a couple of months before the episode aired.
Posted by Britt Reid at 1:48 AM No comments: