Our blog's namesake hero returns in a tale from his final issue... 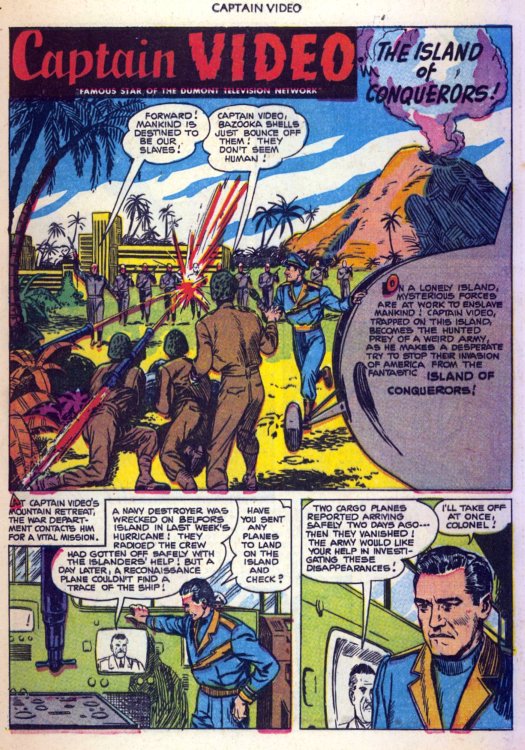 ...battling mechanized monsters who plot to take over the planet! 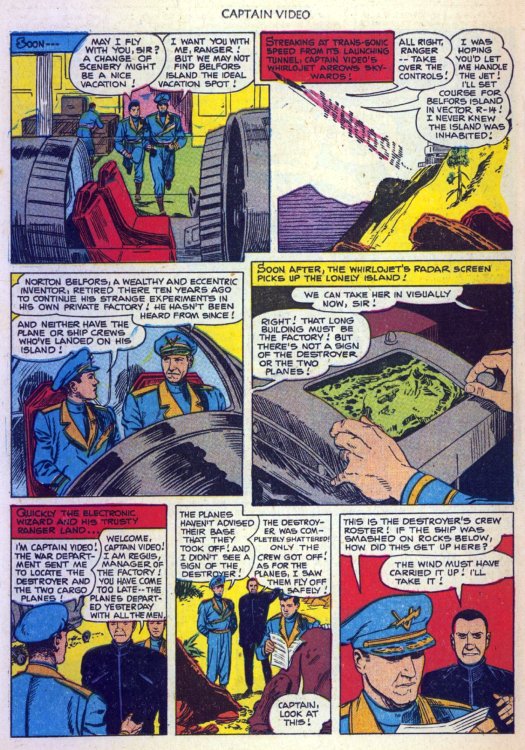 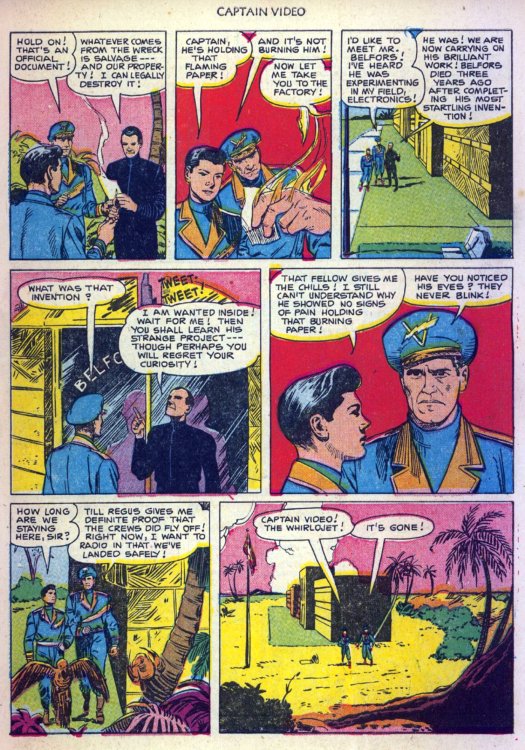 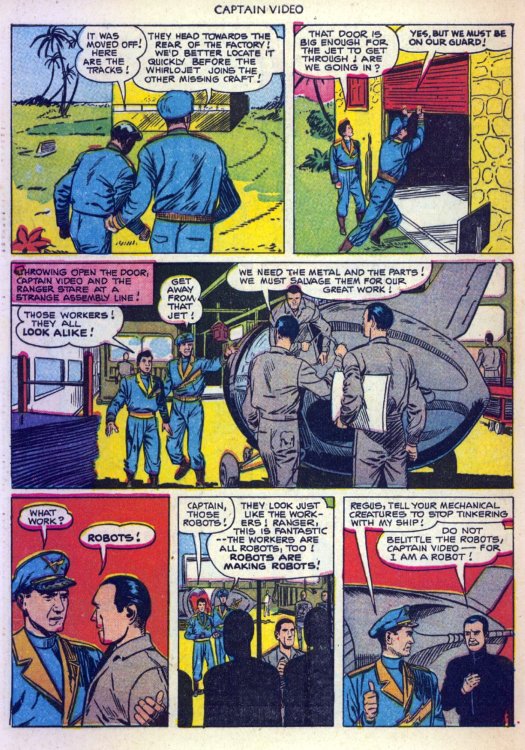 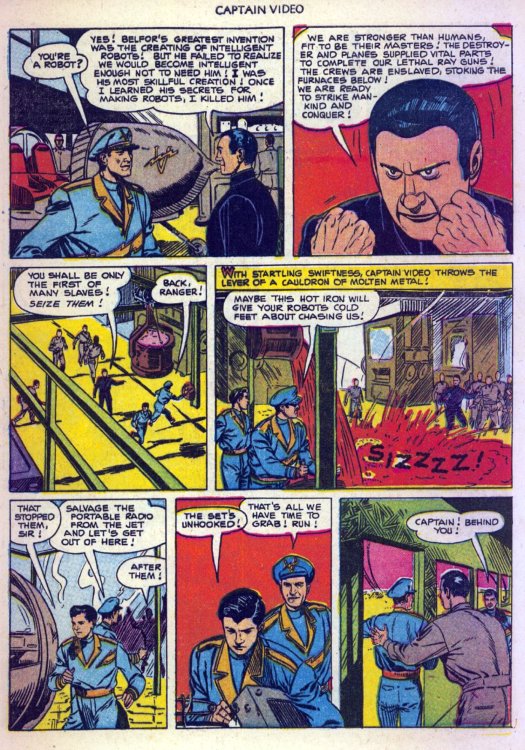 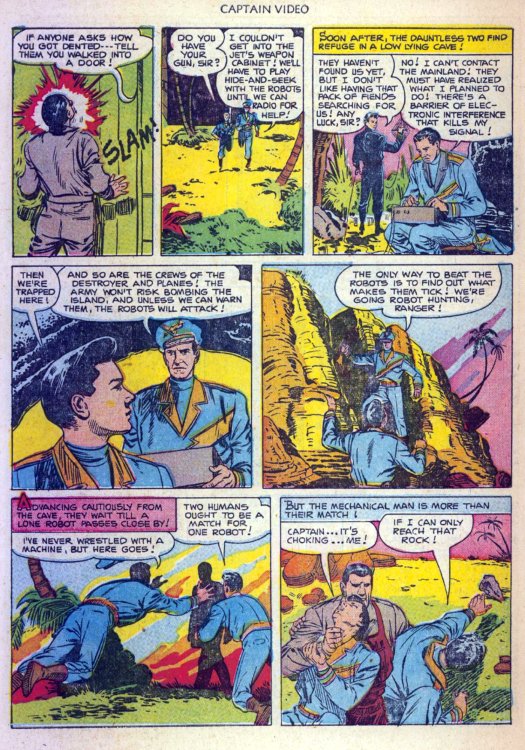 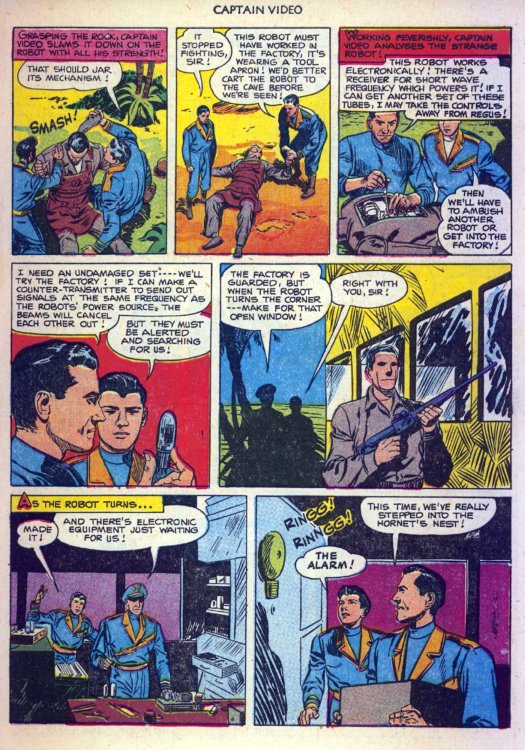 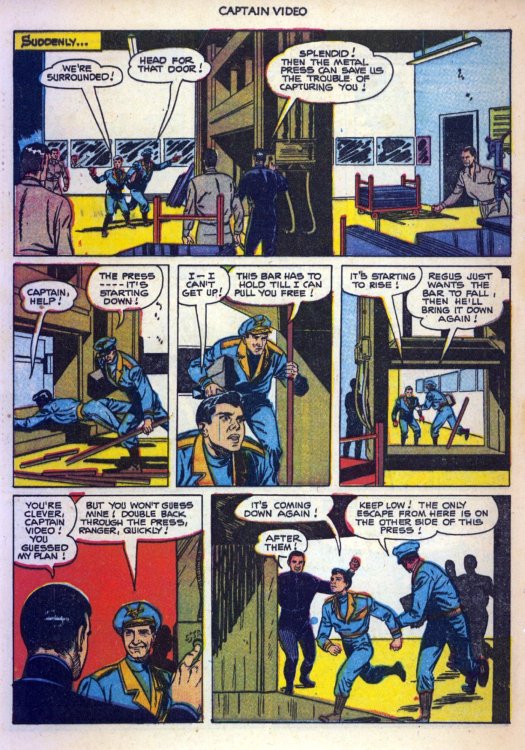 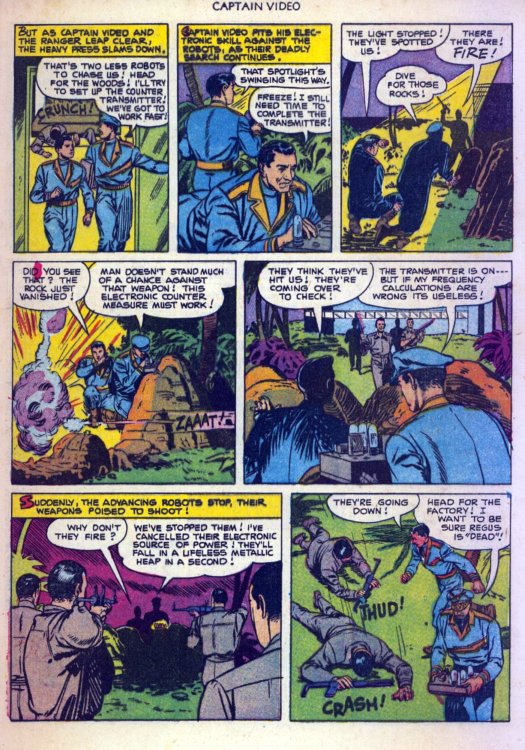 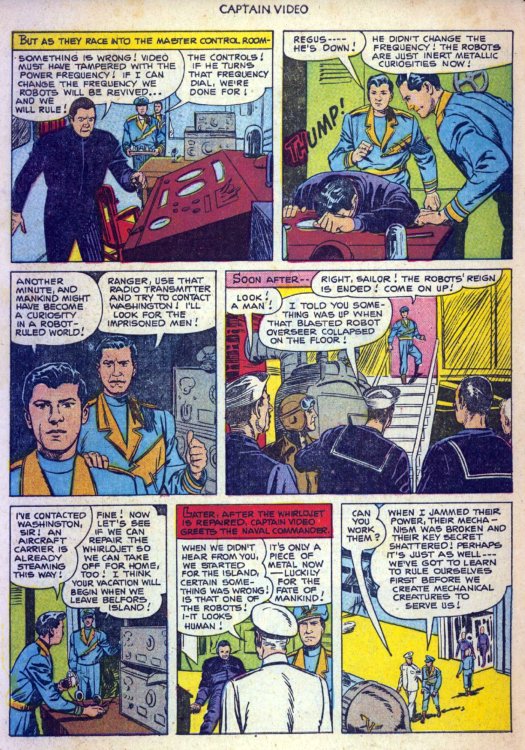 This story from Fawcett Comics' Captain Video #6 (1951) was penciled by George Evans and inked by Martin Thal.
You'll note that the Captain and Video Ranger now look like actors Al Hodge and Don Hastings, who played them on TV, instead of the generic "handsome hero" look of issues 1-4.
Unlike some of the more fantastic stories the comic produced, this one could have been done as a tv production, especially with the "human-looking" robots! 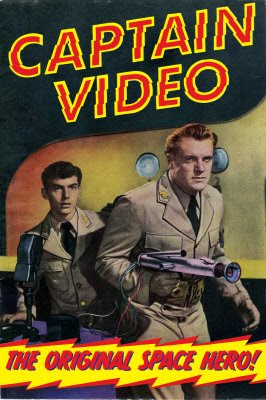