...despite never having appeared in the comic strip...or comic book...or text story...

...or the serials/b-movies/1950s live action TV series/1960s and 70s animated shows, or the Warren Beatty movie...or any other incarnation the public saw!
So who the hell is he?
In the spring of 1966, due to the phenomenal success of midseason replacement Batman, ABC asked producer William Dozier to try out other comic properties as TV series for the 1966-67 season.
He considered three...
Wonder Woman
...which resulted in a test reel featuring gorgeous future Planet of the Apes starlet Linda (Nova) Harrison as Wonder Woman...(actually a delusional Diana Prince's self-image of herself) which you can see HERE.
The Green Hornet
...which had a half-hour pilot, then a one-season series that (damn it) still isn't available on DVD/BluRay or streaming!
and
Dick Tracy
...in a half-hour pilot starring future soap opera fixture Ray MacDonnell as the square-jawed hero!)
The villain of the episode was Victor (King Tut) Buono as Mr Memory, a villain who used computers linked directly to his brain... 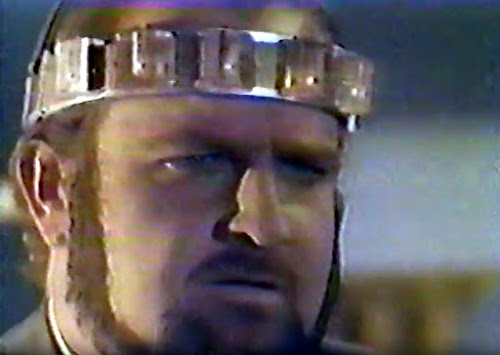 In reference to the "henchmen" the as yet-unnamed character above mentions, Tracy made short work of them using karate!
(Dick was a serious kick-ass in this version!)
There's a kool blog entry about the pilot HERE with a link to the pilot on YouTube!
Is the character in the strip, in fact, Mr Memory?
Yep!

Keep reading in your local paper or HERE to find out his nefarious plor for revenge!
(Trivia: there was a Dick Tracy novel by William Johnston issued in 1970 featuring a villain named "Mr Computer".
Since Johnston was primarily a novelization writer doing books based on TV series and movies ranging from Get Smart to Room 222 to Klute to Caligula, I suspect this was based on unused plots for the TV series featuring Mr Memory.)
Posted by Britt Reid at 7:00 AM 8 comments: