You may be wondering "Where's Parts 1 & 2?"...
...and the answer is; we haven't run them yet!
Since it's Good Friday, we're presenting the Dell Comics adaptation of the final part of the 1961 movie, covering the period from Palm Sunday to the Resurrection.
We'll run the first part around Christmas, and the second shortly after that. 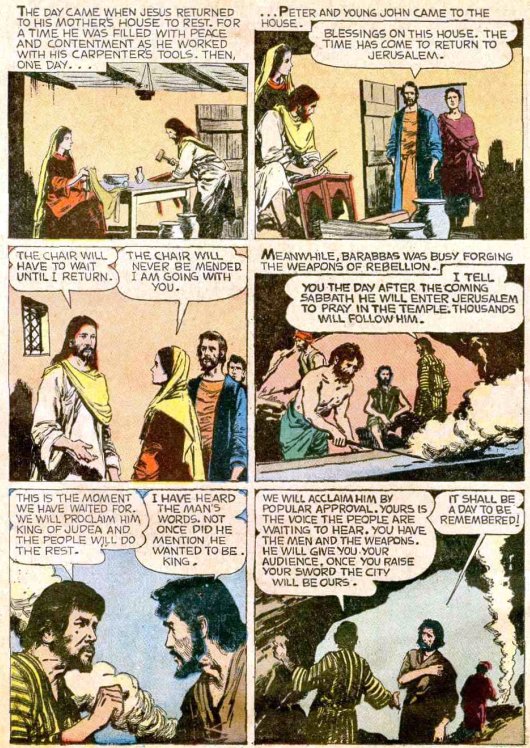 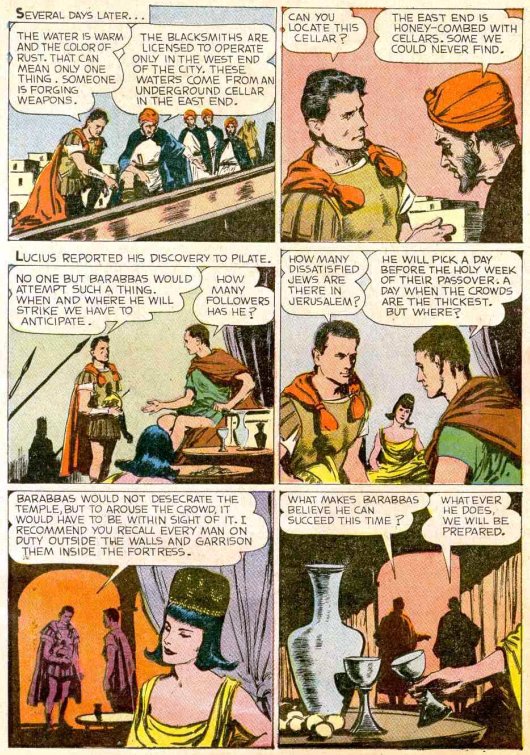 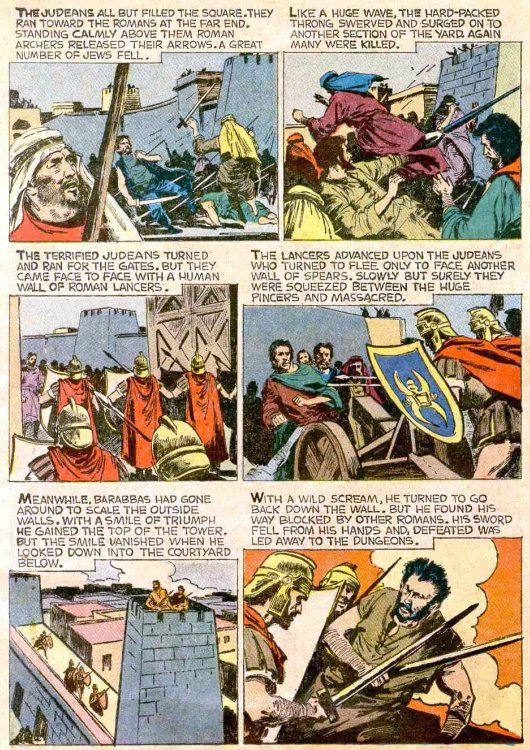 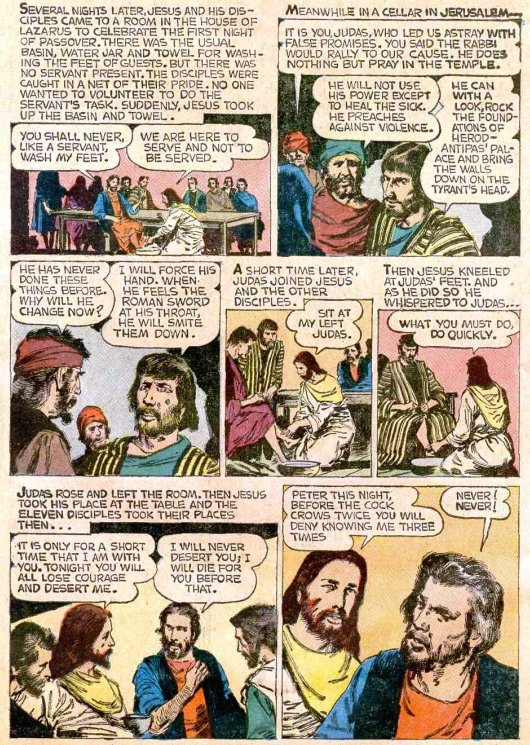 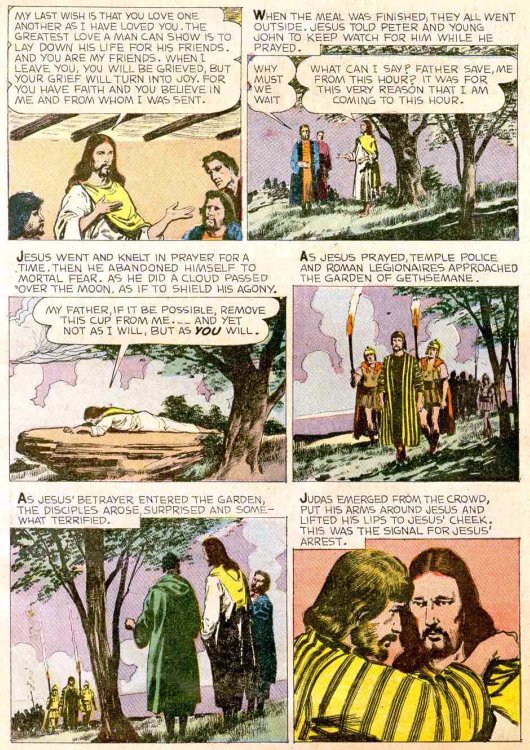 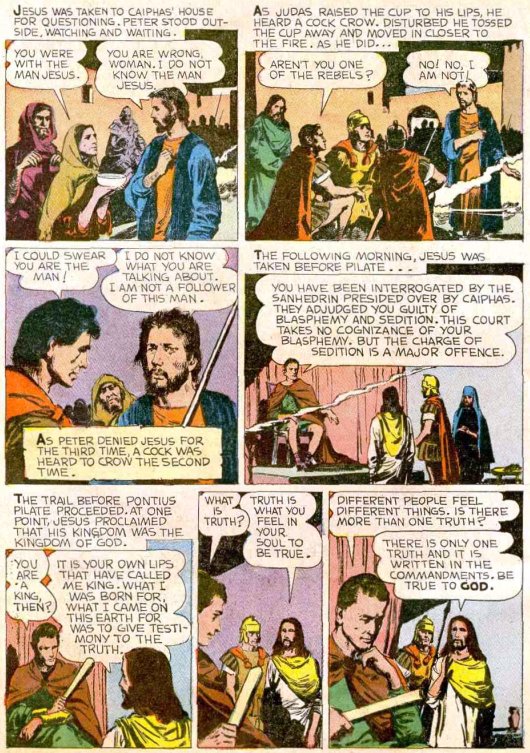 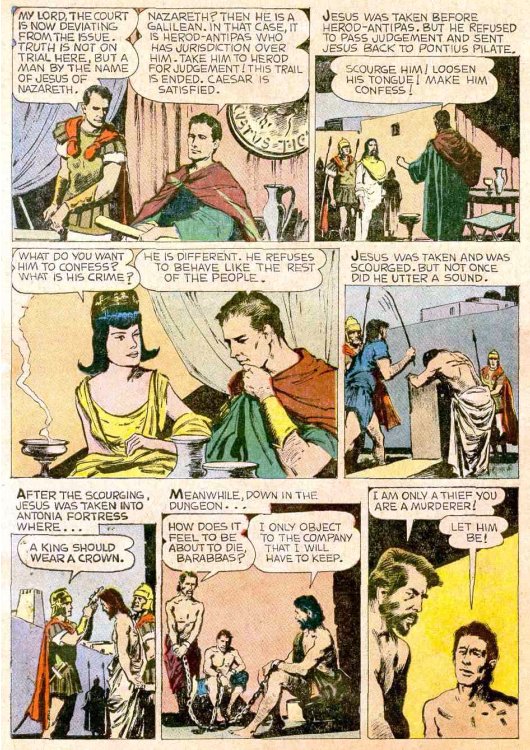 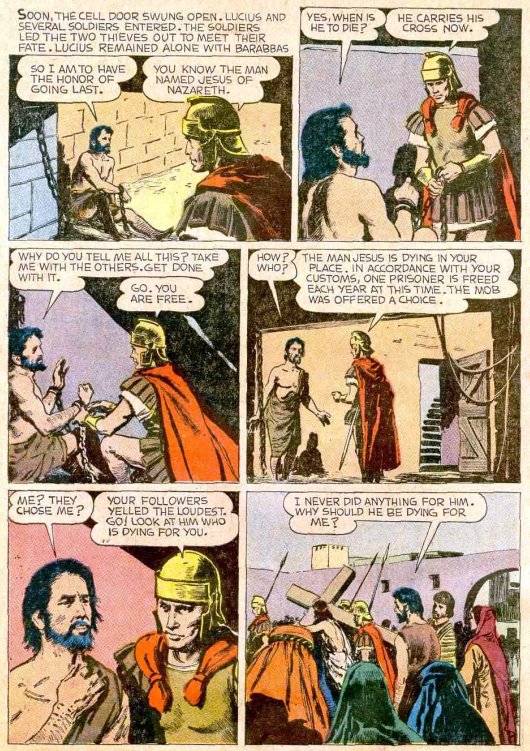 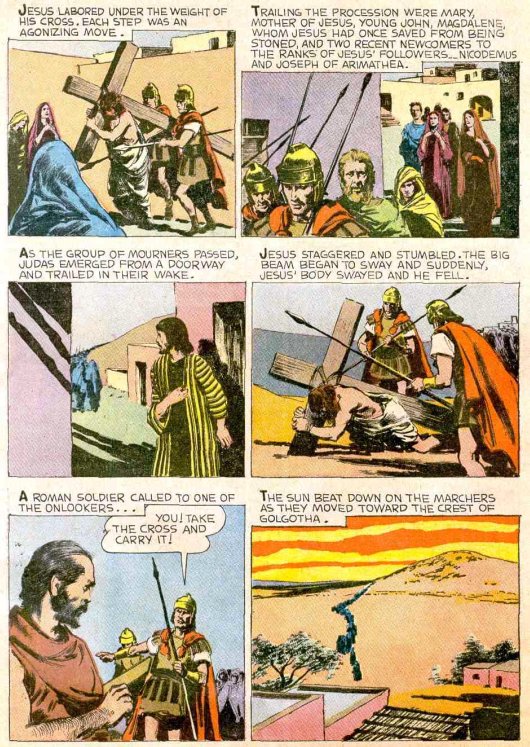 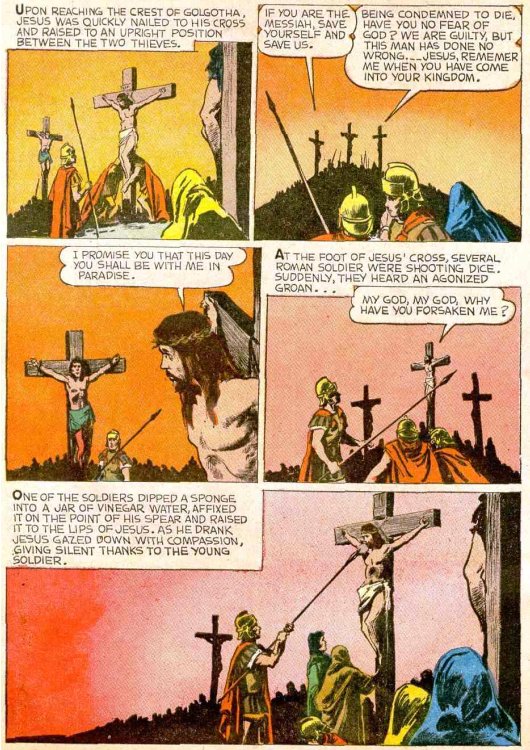 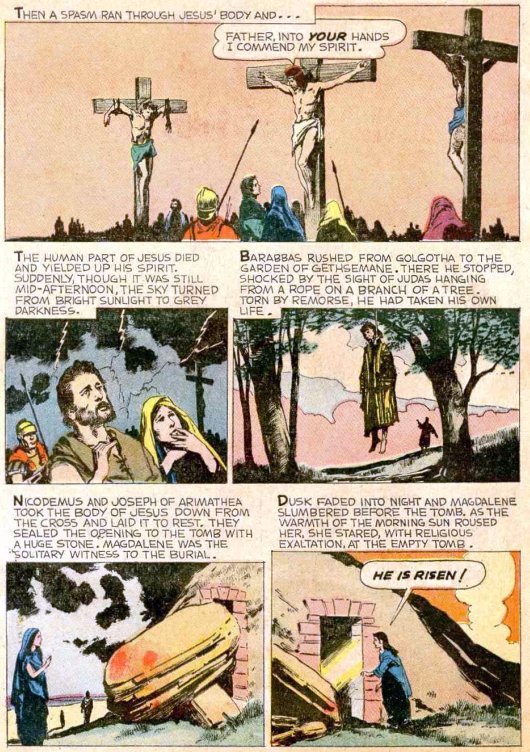 While the writer for this movie adaptation from Dell's Four Color Comics #1236 (1961) is unknown, the artist is Gerald McCann, a pulp artist who moved to comics in the early 1950s and did numerous Classics Illustrated covers and stories including "Abraham Lincoln" and "Ben-Hur".
Some cool "six degrees of separation" trivia:
Who says comics ain't educational?
BTW, you can see the movie on Turner Classic Movies this Sunday morning at 11:30 am (Eastern)
Posted by Britt Reid at 9:41 AM No comments: 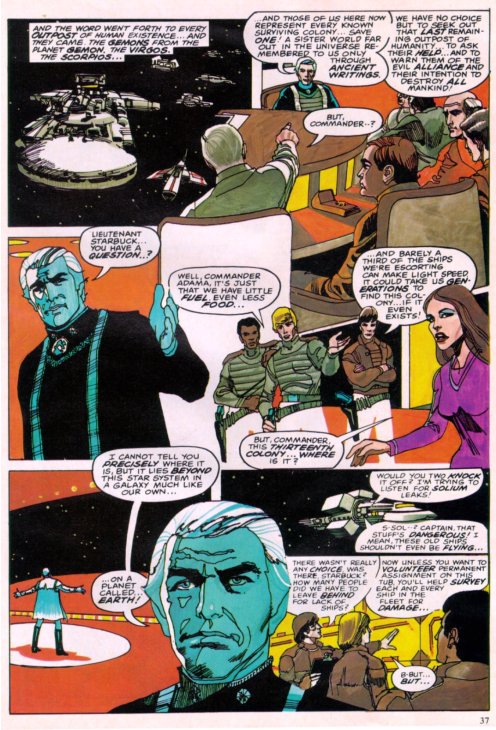 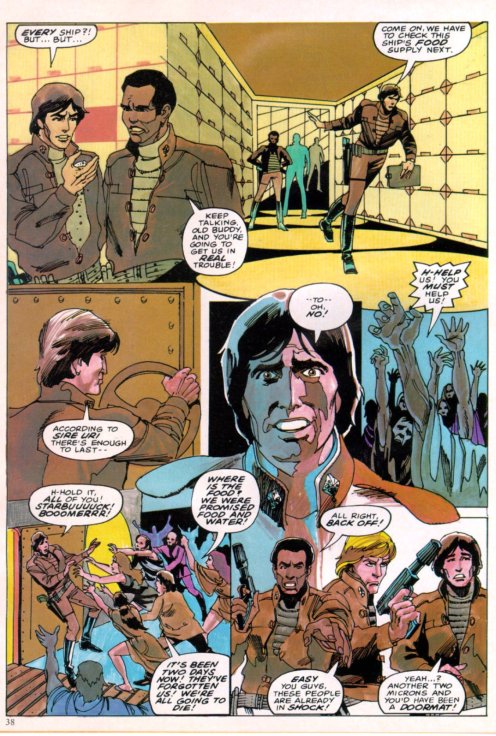 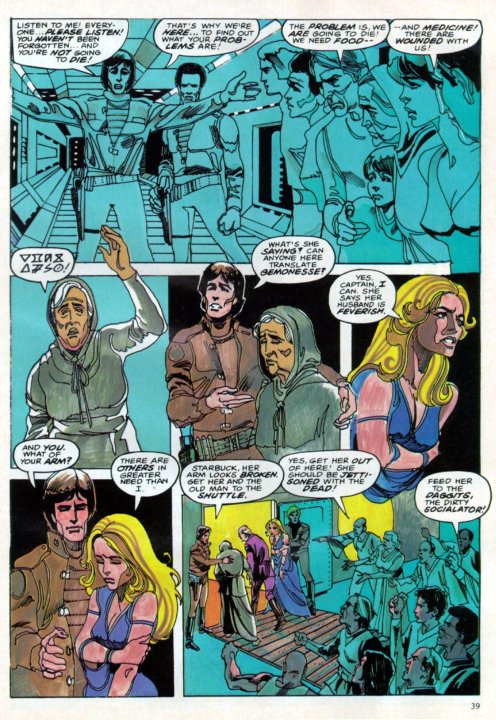 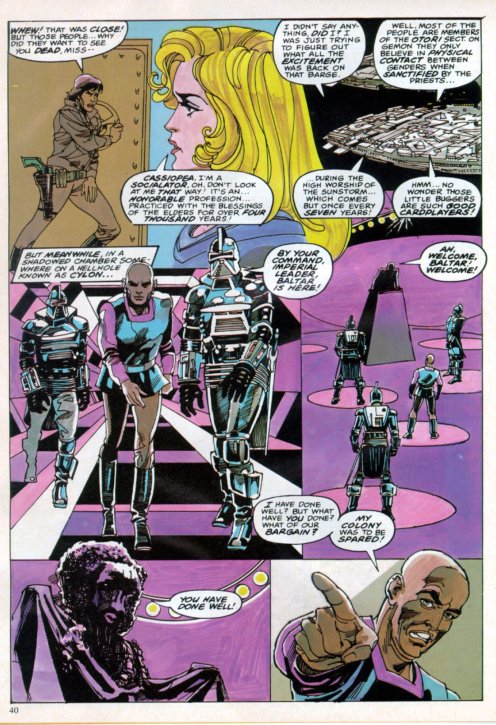 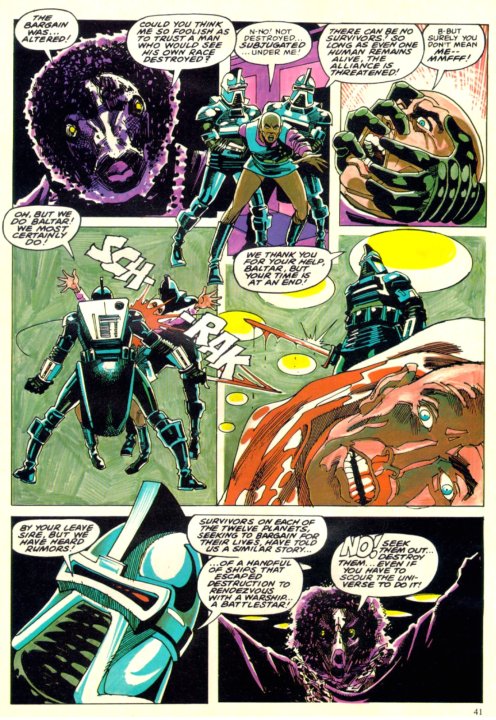 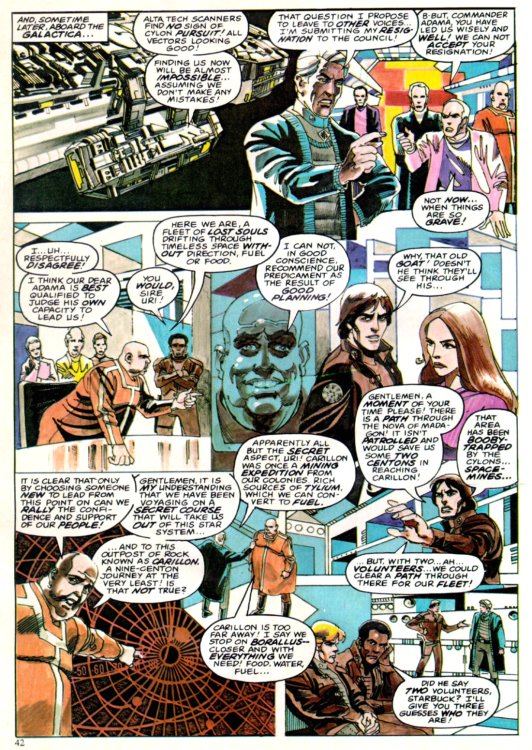 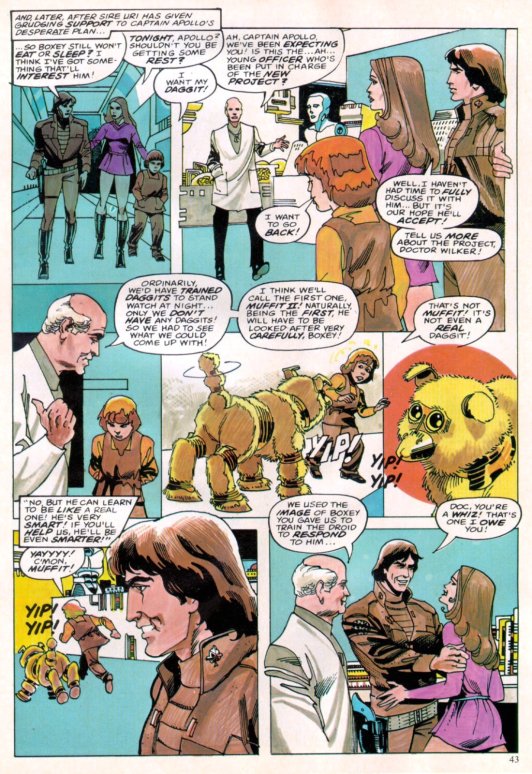 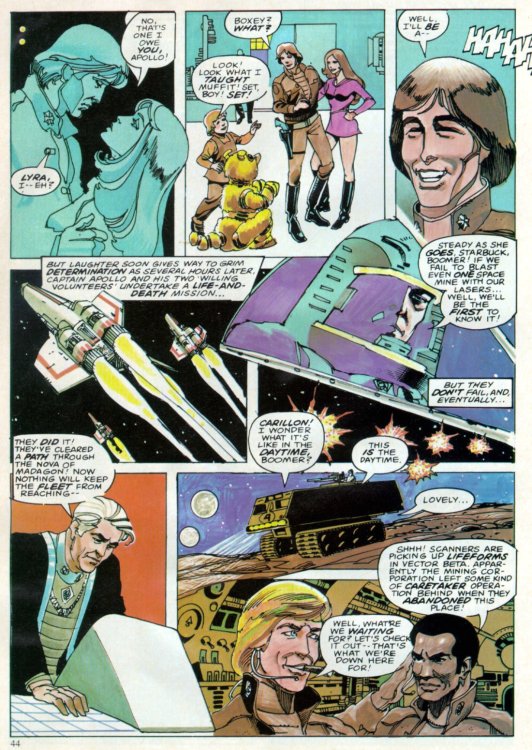 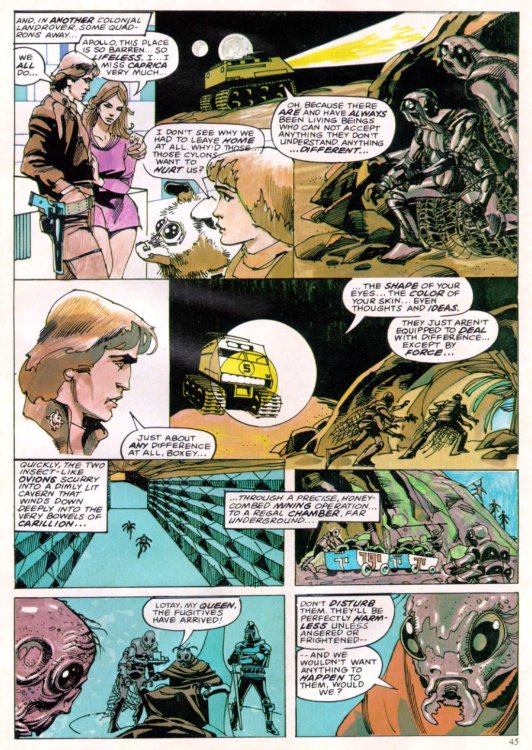 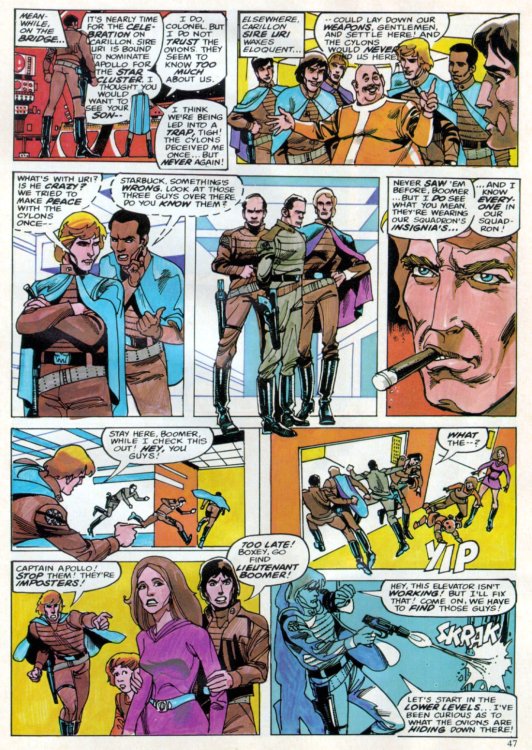 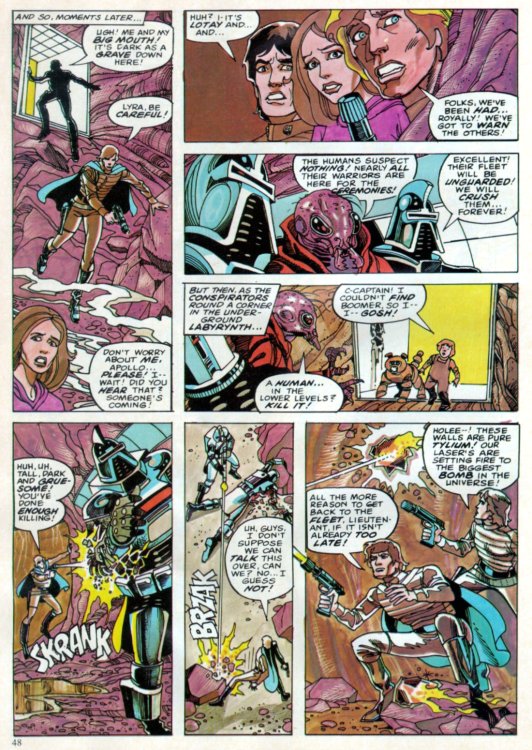 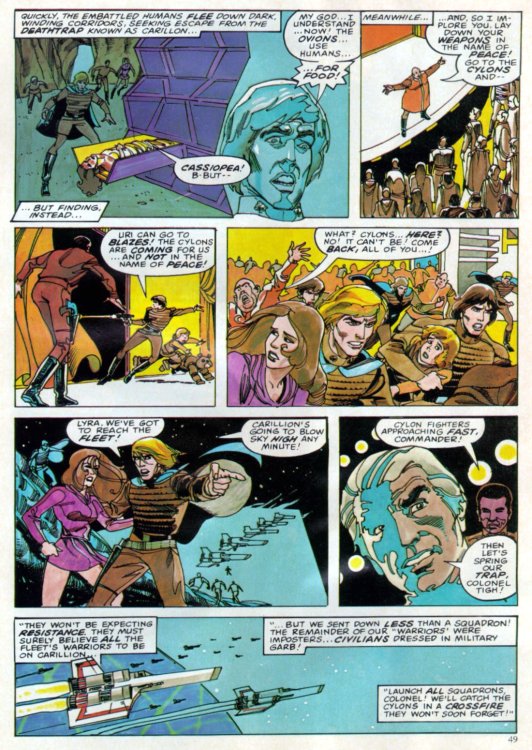 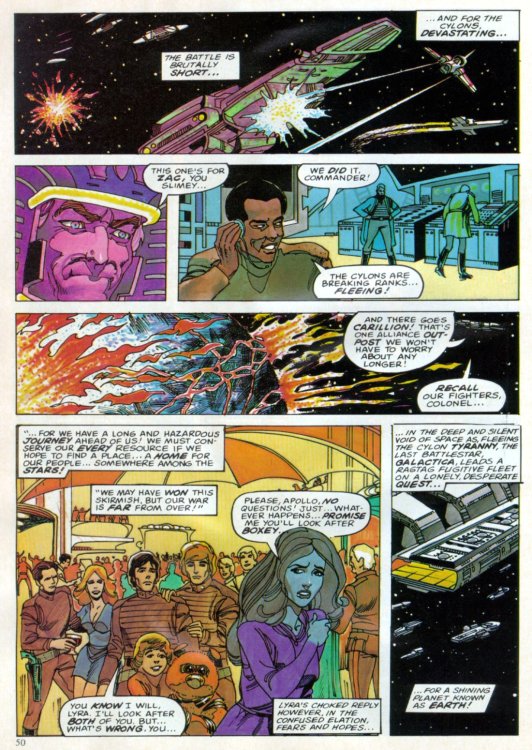 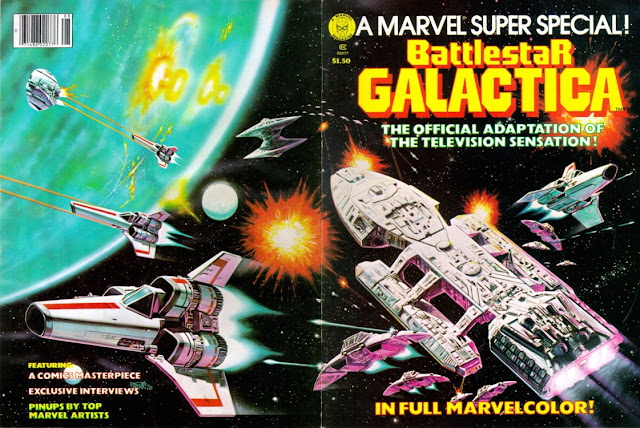 Classic Comix and Movie Collectibles Store
Posted by Britt Reid at 1:01 AM No comments: