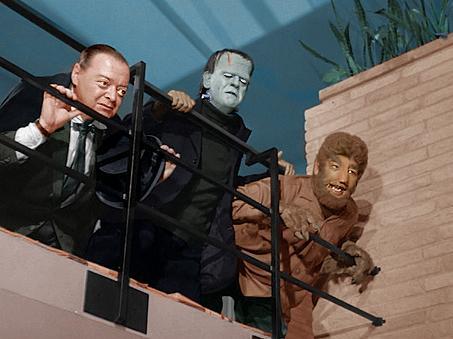 ...and they played themselves, not characters, though two of them appear in makeup as monsters they made famous... 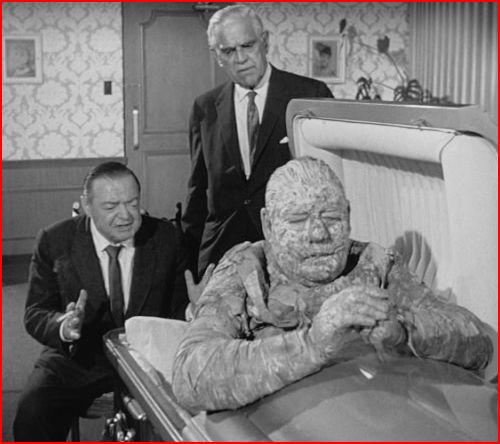 It was the Halloween 1962 episode of the long-running tv series Route 66, entitled "Lizard's Leg & Owlet's Wing" written by noted scriptwriter Sterling Siliphant.
(The ep actually aired on October 26, 1962, but it was promoted as a "Halloween treat".)
It's played for laughs, but the veteran actors are treated with affection and respect.
(Obviously, the writer, crew, and cast were fans.)
As a Halloween treat (no trick), the uncut episode (with the original 1962 commercials) is right here...
Happy Halloween!
While we catch our breath, a word from our sponsor
(Oh, wait, that's us!)
Check out the

Horror Comics of the 1950s
Collectibles Shop
Posted by Britt Reid at 7:00 AM 1 comment: