Inner Sanctum, a radio horror anthology was popular enough to have a b-movie series... 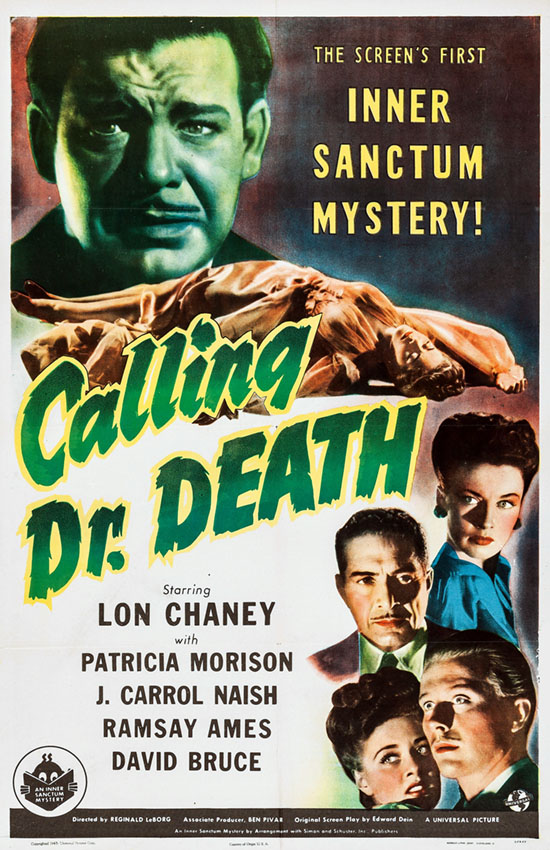 ...sadly, it never had a comic book like Mysterious Traveler or Suspense!
But a publisher noted for comics based on a famous radio show did give it a try in one of its' books... 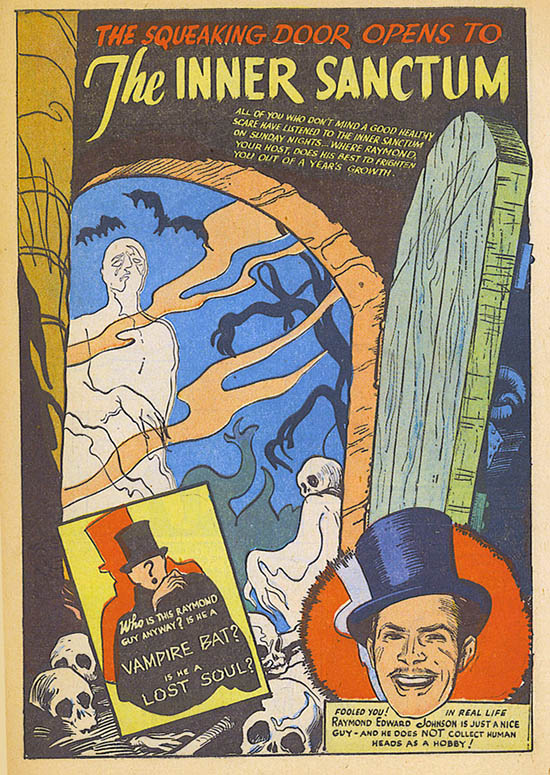 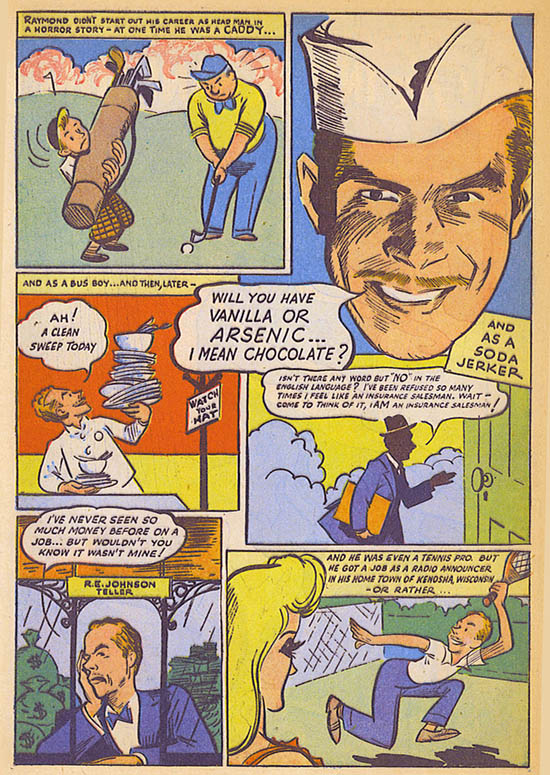 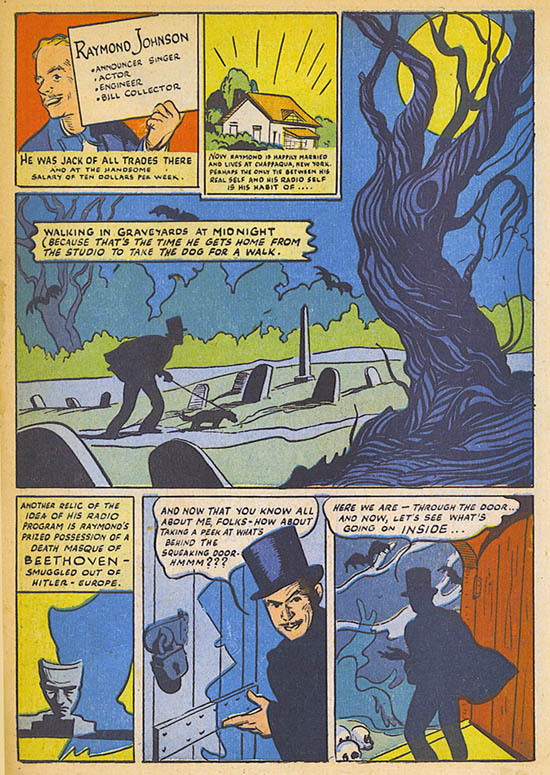 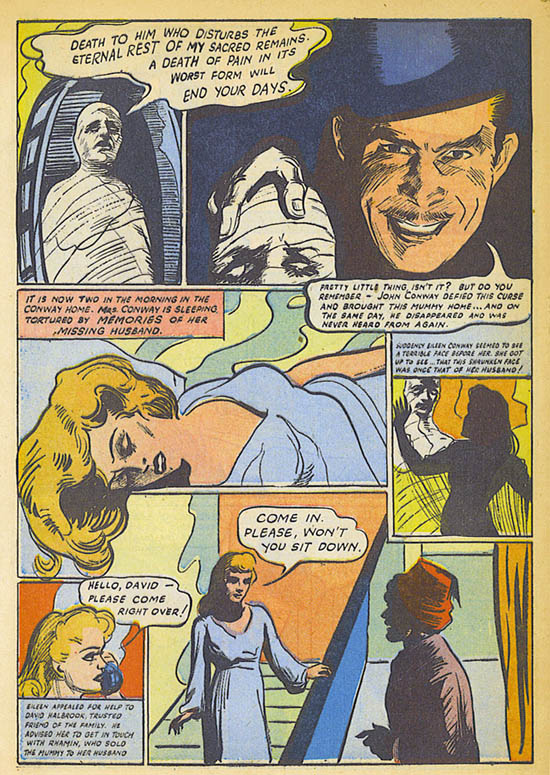 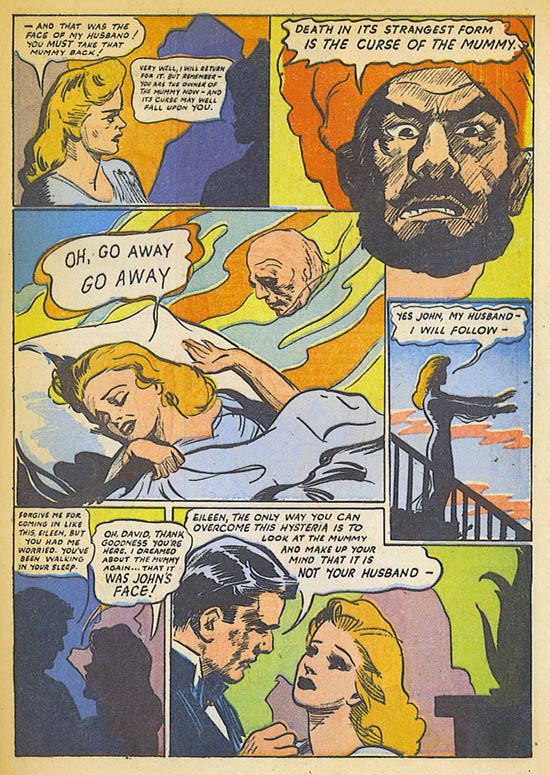 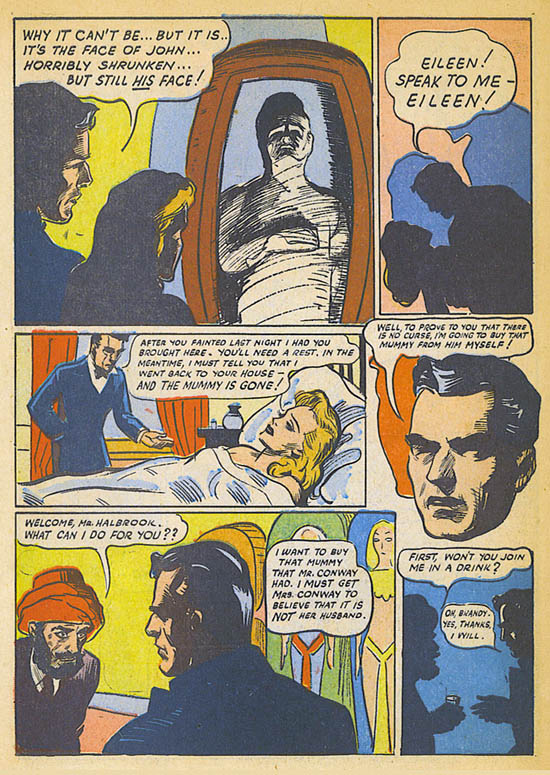 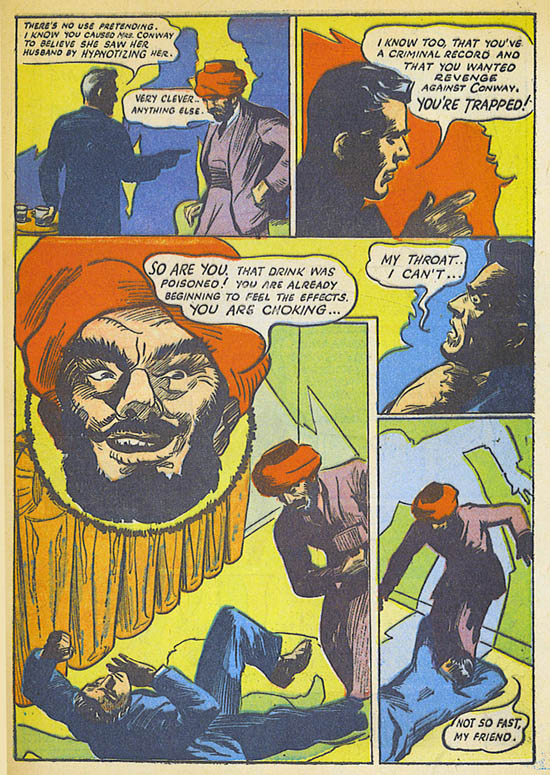 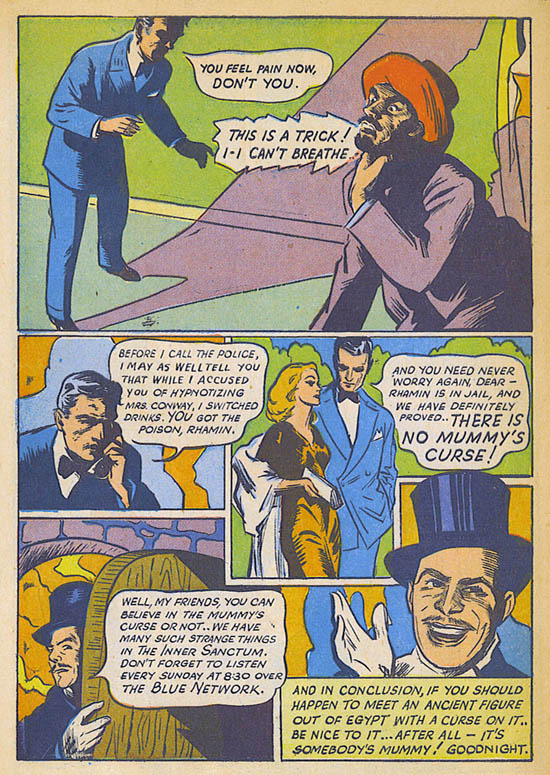 Street and Smith, who published The Shadow, tried out both Inner Sanctum and Lights Out as strips in other comics.
This never-reprinted feature by an unknown writer and artist(s) appeared in Super-Magician V2N7 (1943).
Though it's adapted from the dramatic radio series, the original title of the episode is unknown, and recordings of the episode apparently are, sadly, lost to the mists of time...
It was the only comic book appearance of the legendary radio show for almost 70 years...until 2012, when NBM did an all-new graphic novel adapting several of the episodes!
Most comics fans know the MAD comics spoof of the show, entitled "Outer Sanctum" by Harvey Kurtzman and Bill Elder.
But they didn't know the radio series source!
(Not that they needed to, but it does add to the humor!)
Please Support Secret Sanctum of Captain Video
Visit Amazon and Order... 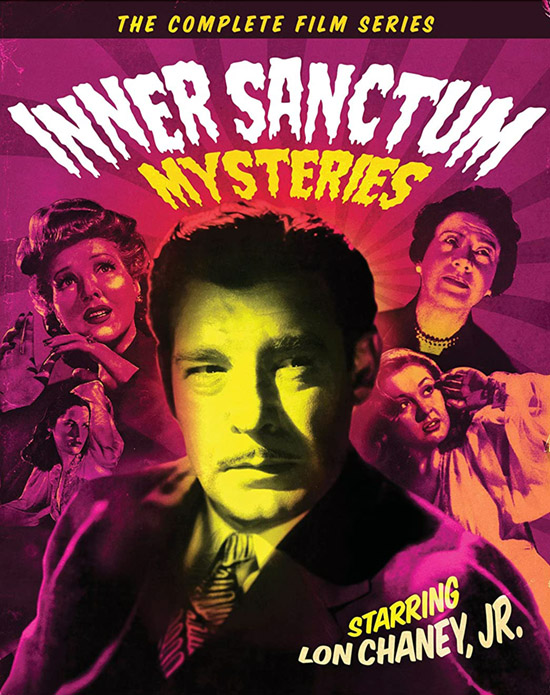