When Last We Left Our Hero... 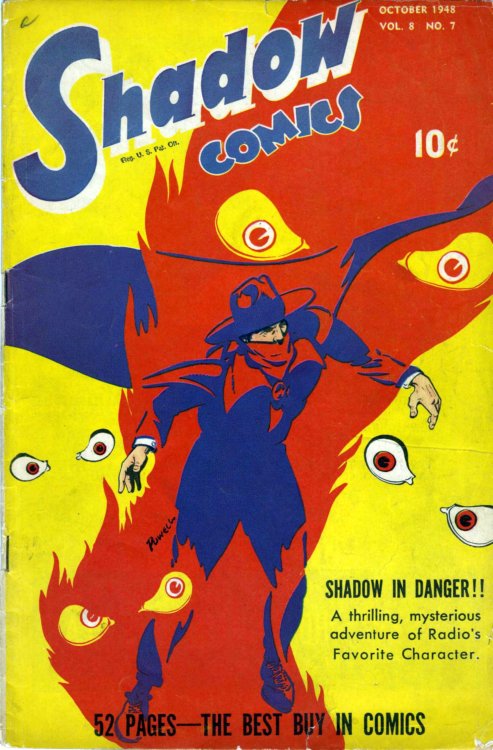 A number of people, including police Sgt Cardona, Lamont Cranston, and Margo Lane, are targeted by a mugger who hypnotizes his victims so they don't remember being robbed!
Police Commissioner Weston suspects The Shadow (who can cloud mens' minds), but Cranston knows The Shadow is innocent, since he's The Shadow (but can't tell Weston)!
When the mugger's moll demands a bigger cut of the loot, or she'll go blab to the police, the criminal silences her...permanently! 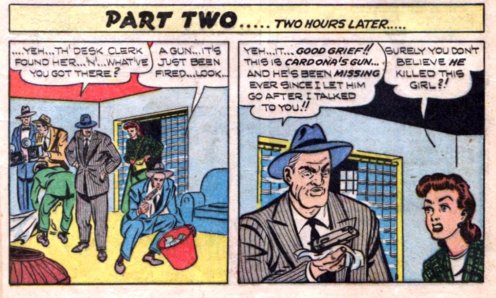 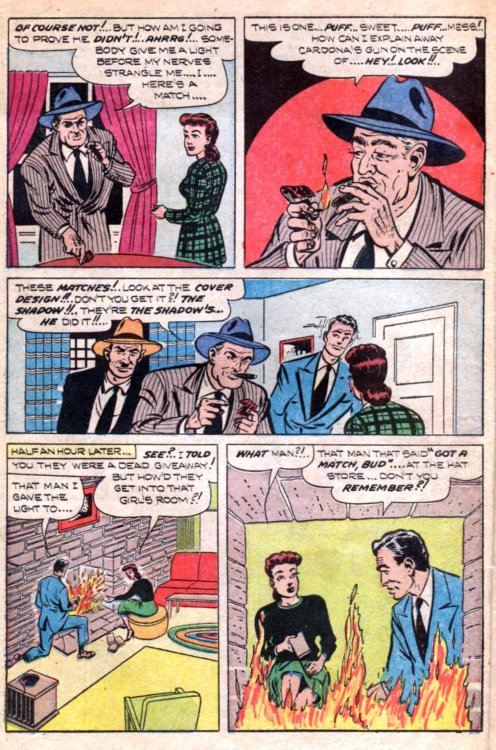 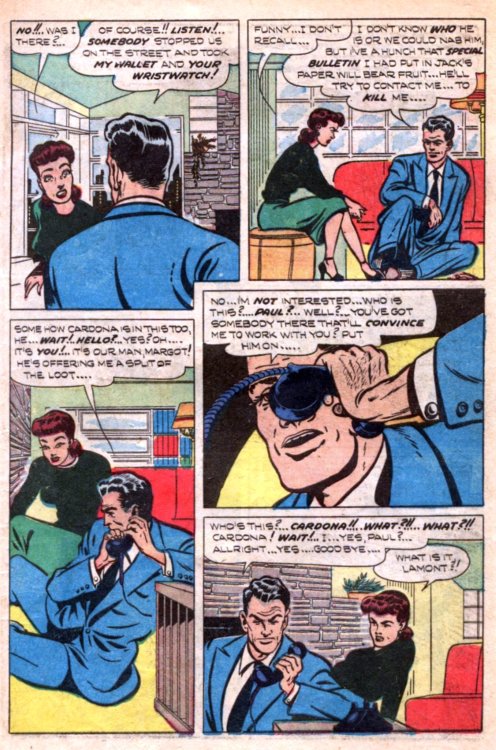 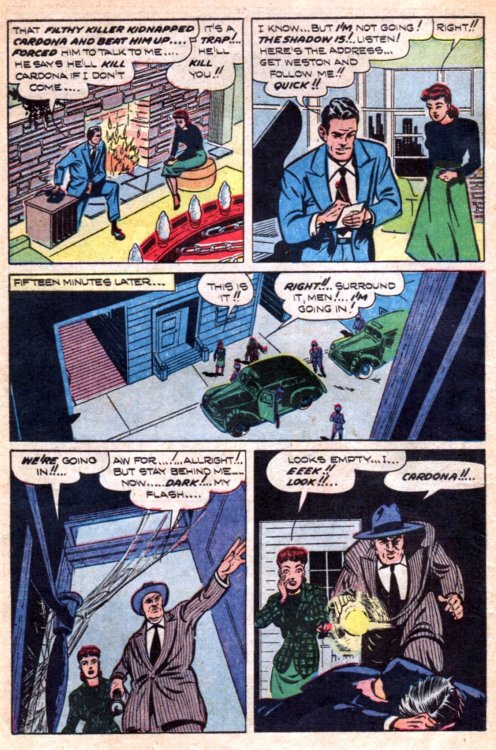 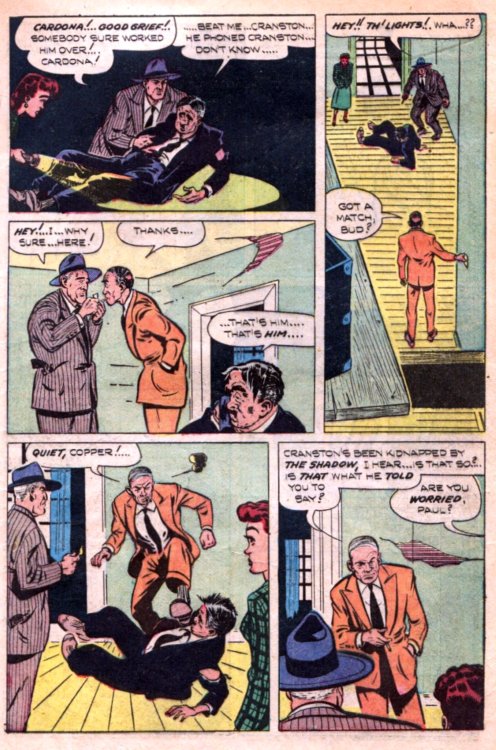 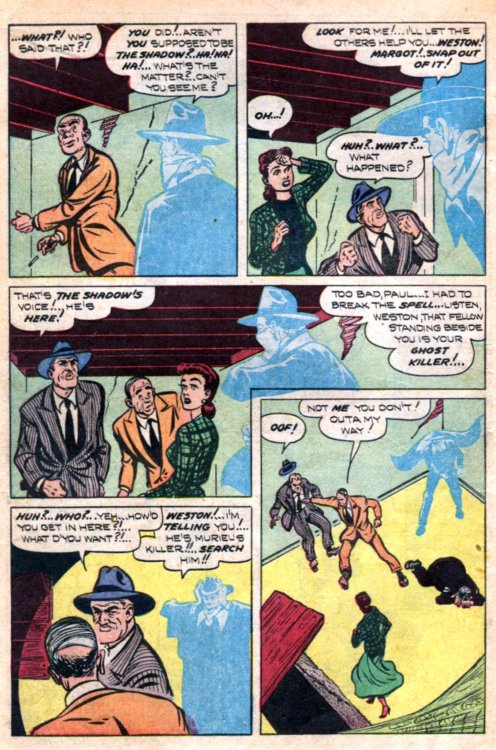 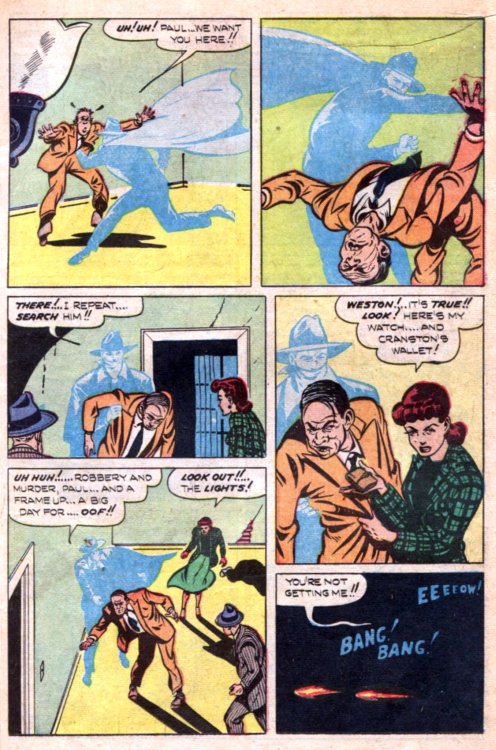 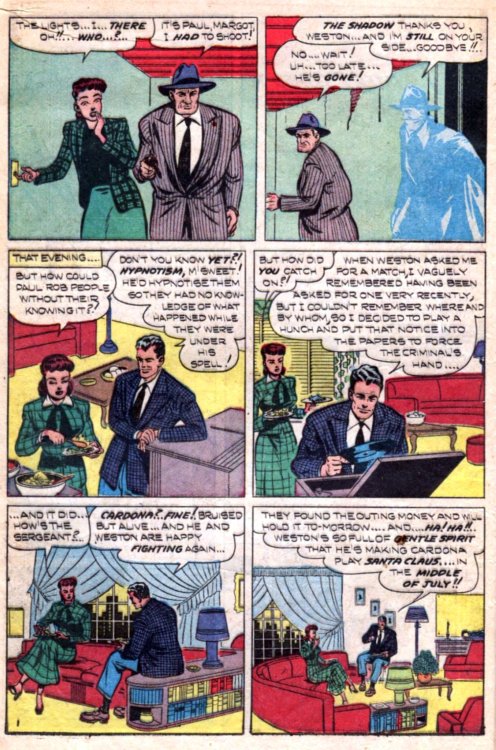 This never-reprinted cover story from Shadow Comics V8N7 (1948) was adapted from the 09/09/45 Shadow radioplay of the same title by Stedman Coles.
Regrettably, there are no surviving recordings of this episode.

While Bob Powell (with aid from his comic studio assistants) did the artwork, the script adaptor is unknown, but believed to be either Bruce Elliot (who had taken over the "Maxwell Grant" byline from Walter Gibson on the Shadow pulp stories) or Powell himself.
You'll note the "color hold" technique, taking artwork that normally would be black-line and making it one of the color plates (in this case, blue) to show The Shadow while he's invisible.
It was a very tricky thing to do back in those days since the interior pages were almost never proofed due to time and cost restraints.
But, Powell does some amazing things with the holds, making them line up exactly almost all the time!
He also uses "color holds" to great effect on the cover at top, but that, at least, was proofed (and, if needed, corrected) before printing.

This entry is part of our Retroblogs™ Masks Marathon, celebrating the new Dynamite comic series Masks which combines, for the first time, the major masked mystery men of pulps and comics including The Green Hornet, The Shadow, The Spider, Zorro, The Black Terror, The Green Lama, and Miss Fury (ok, a masked mystery woman), among others.
We'll be presenting more never-reprinted stories featuring these characters throughout the month of December.
And, now a word from our sponsor (us)...
Check Out
Atomic Kommie Comics™

for
Pulp and Comic Collectibles
Posted by Britt Reid at 1:01 AM