TV series with Asian characters in the title role are a rarity. 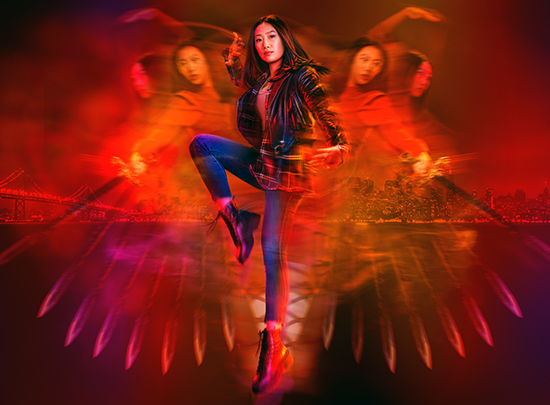 American tv series starring Asian actors playing those characters are even rarer!
Before the current Kung Fu reboot/updating on The CW, there were less than a dozen, and the second one ever was an animated cartoon!*
Here's the never-reprinted first issue of the Gold Key comic based on the cartoon... 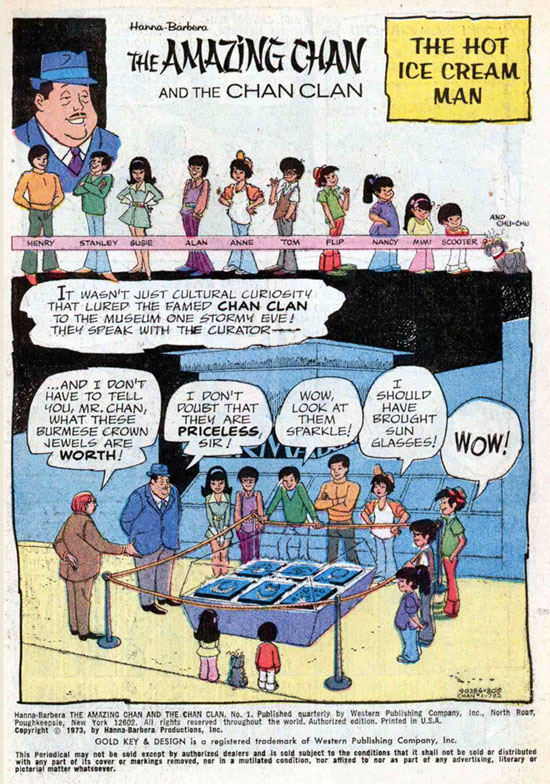 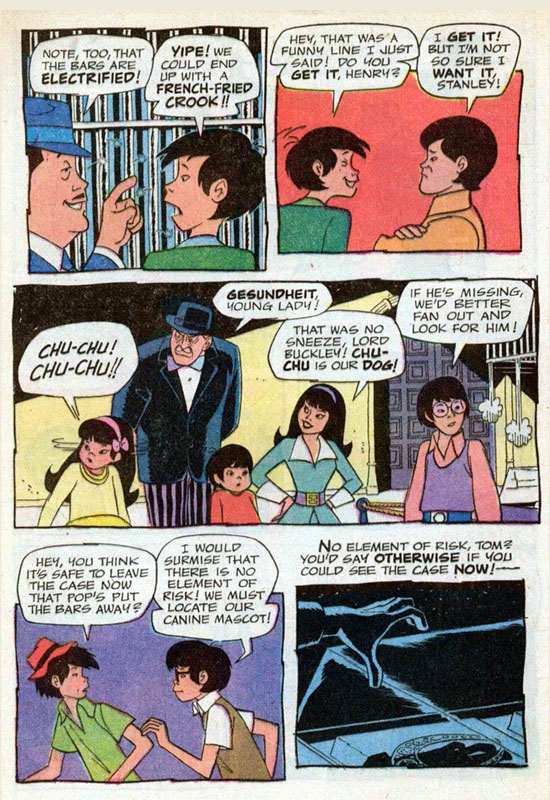 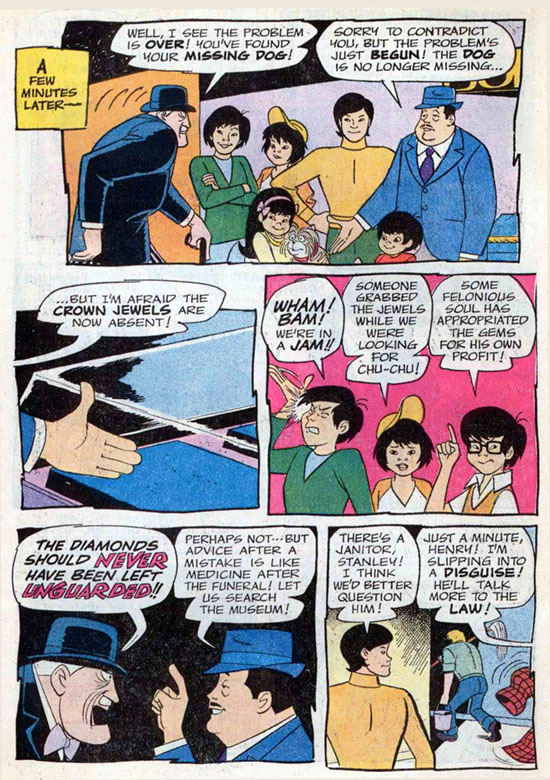 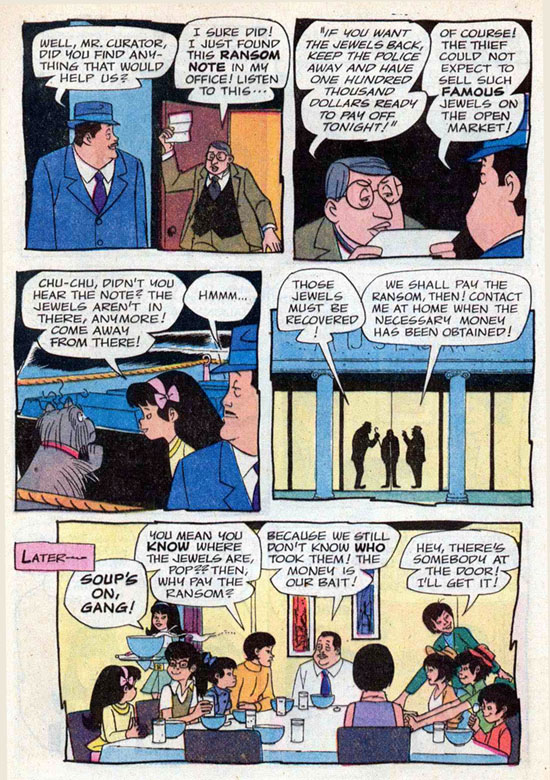 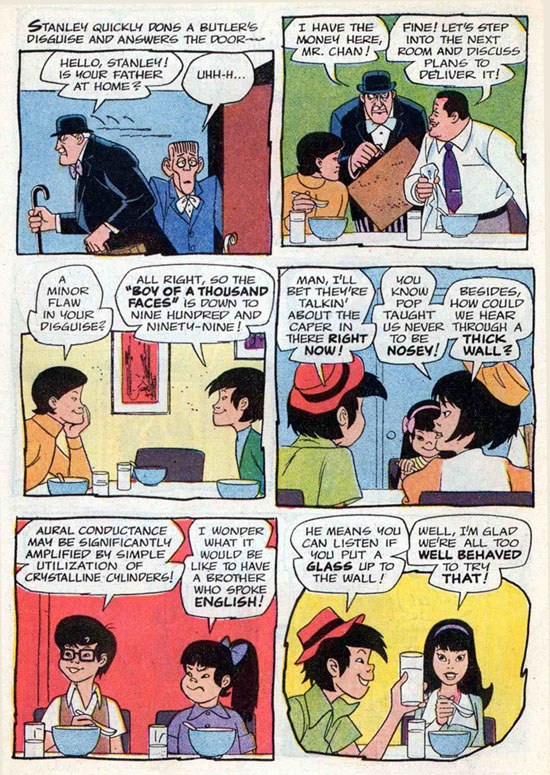 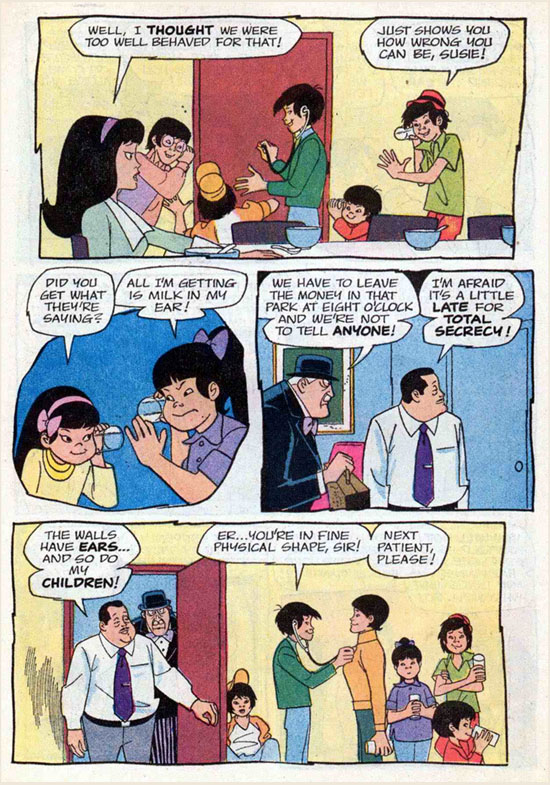 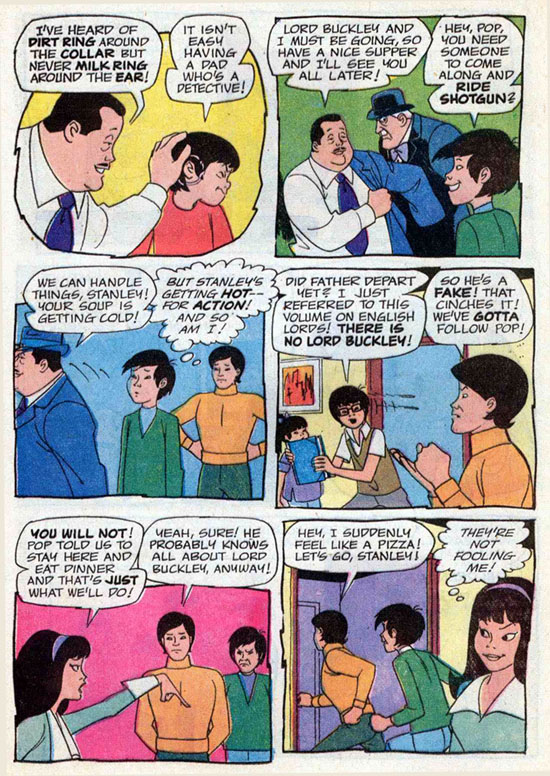 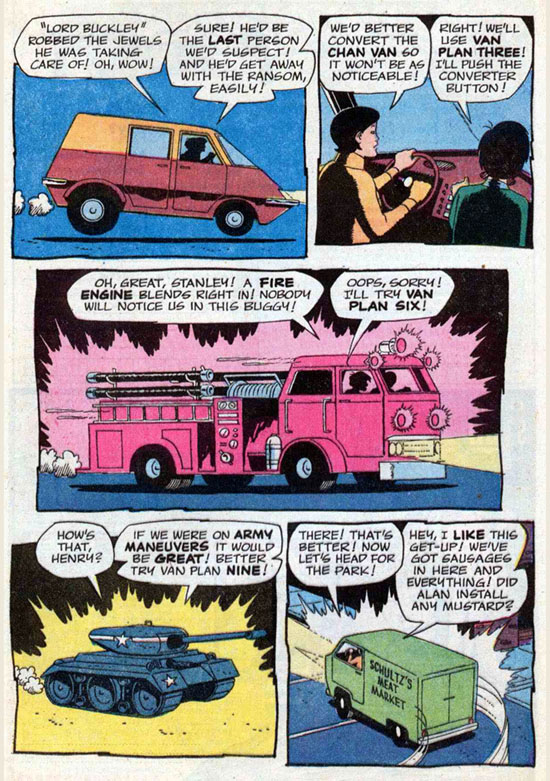 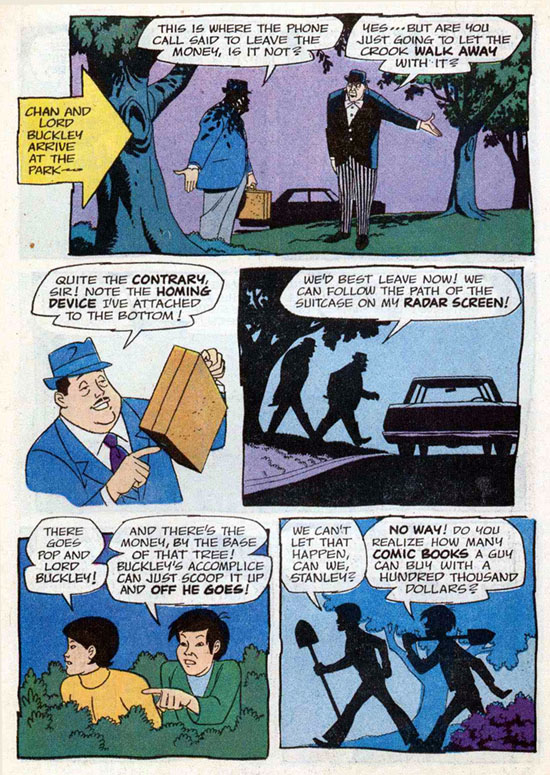 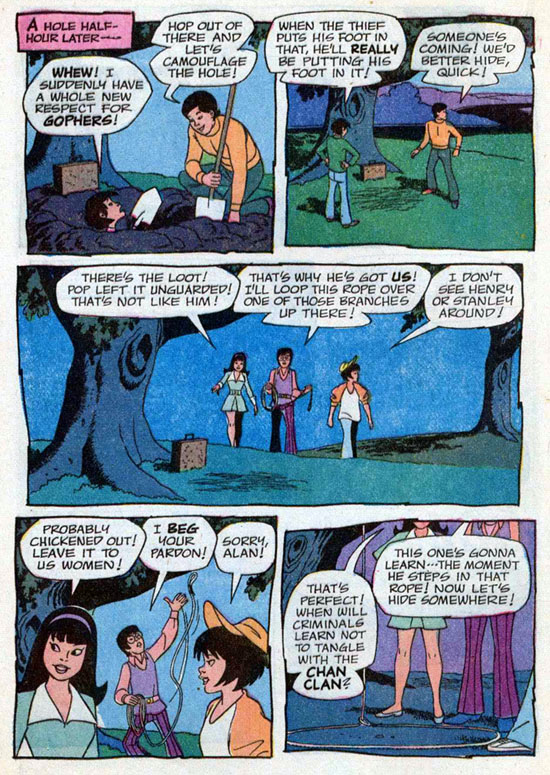 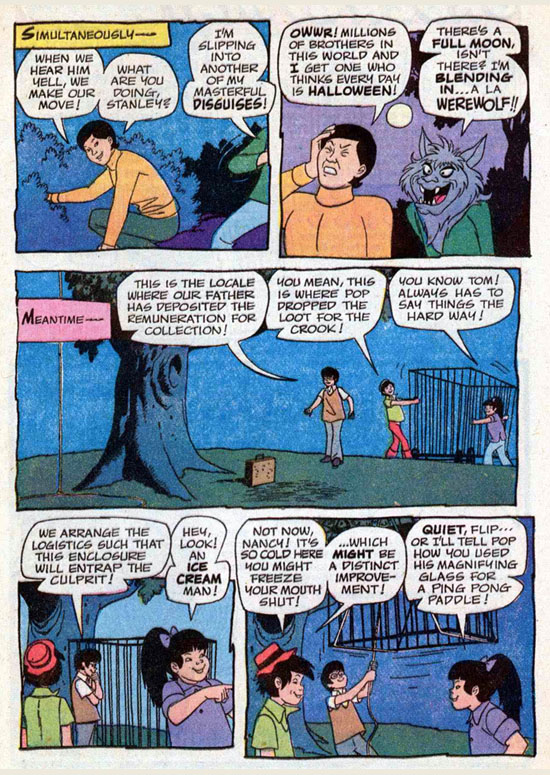 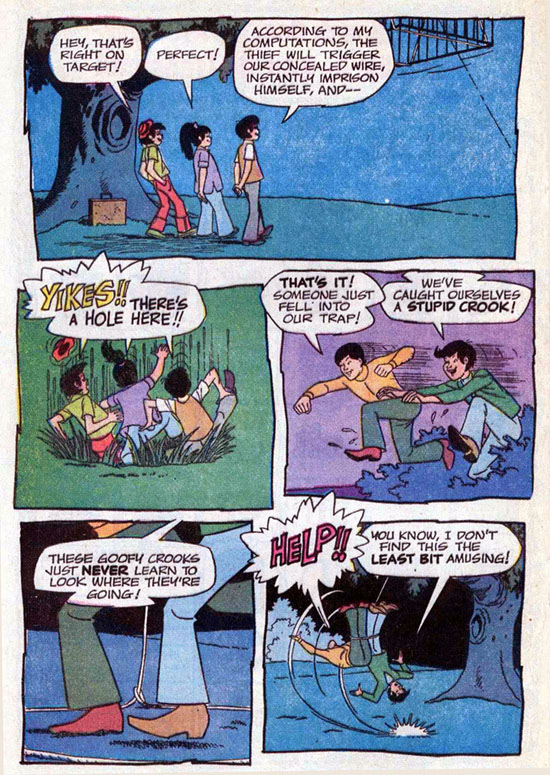 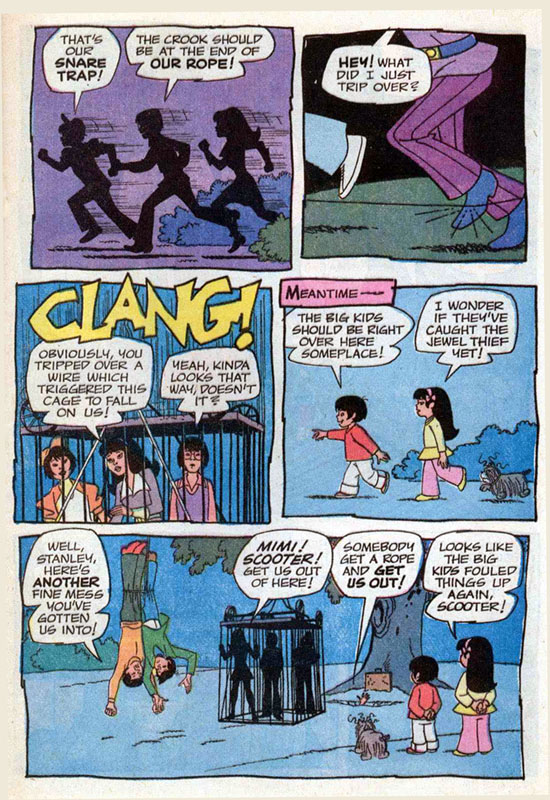 Writer Mark Evanier and artist Warren Tufts adapted the pilot episode "The Crown Jewel Caper" into a book-length comic tale on an incredibly-tight deadline, using an early script and storyboards.
As you'll see on Friday, there were some interesting alterations in the final aired version...

*The first series with an Asian performer as the title character, 1951's Gallery of Madame Liu-Tsong, about an art gallery owner/amateur sleuth starring the legendary Anna May Wong, is long-lost with all videotapes and kinescopes destroyed during a legal dispute over the defunct DuMont network's assets.
Please Support
Secret Sanctum of Captain Video
Visit Amazon and Order... 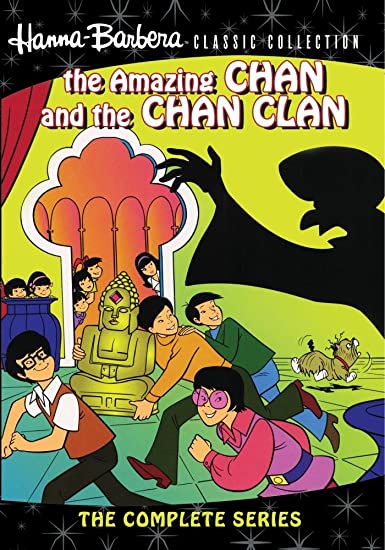 Amazing Chan and the Chan Clan
(the complete TV series)
Posted by Britt Reid at 7:00 AM