"We must beat the Commies to the Moon..." 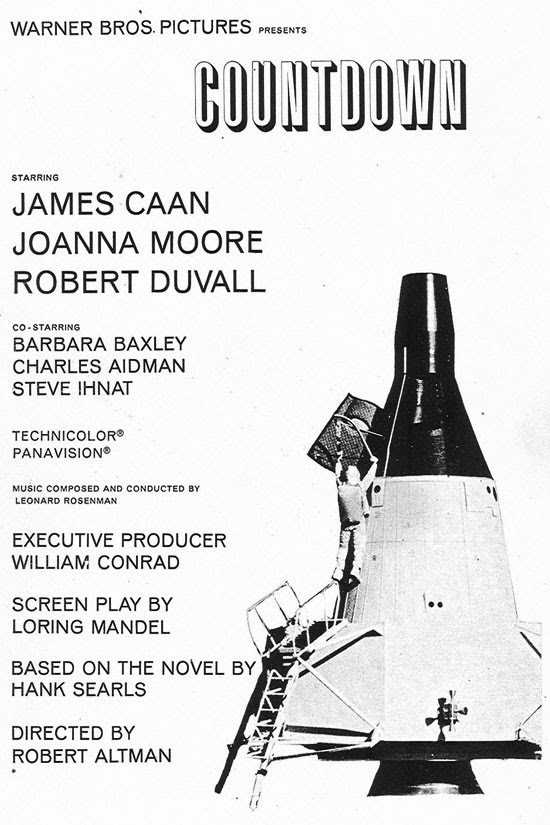 No, you're not reading another reprint of Marvel's Fantastic Four #1.
It's 1967.
With the USSR announcing they're sending a rocket to the Moon, the still-untested Apollo project is superseded by the Pilgrim Project, which would send a single astronaut on a one-way trip to get there first and await rescue almost a year later.

A top-rated military pilot would handle the solo flight.
But since the Soviets announced they're sending a scientist as their solo cosmonaut, the decision is made by NASA to send an astronaut scientist in the Air Force pilot's place! 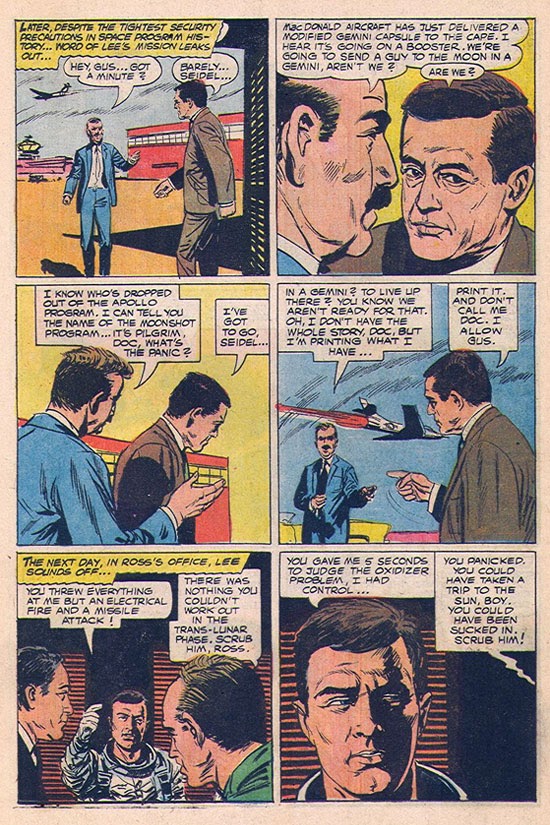 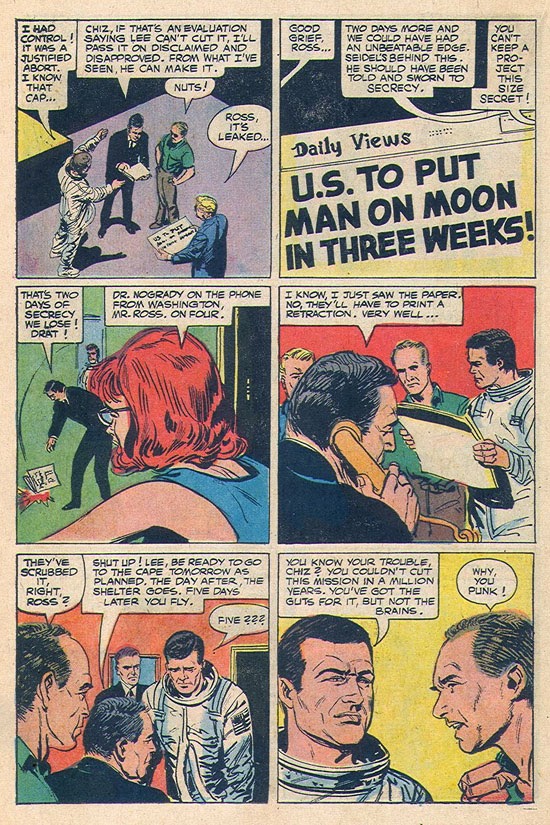 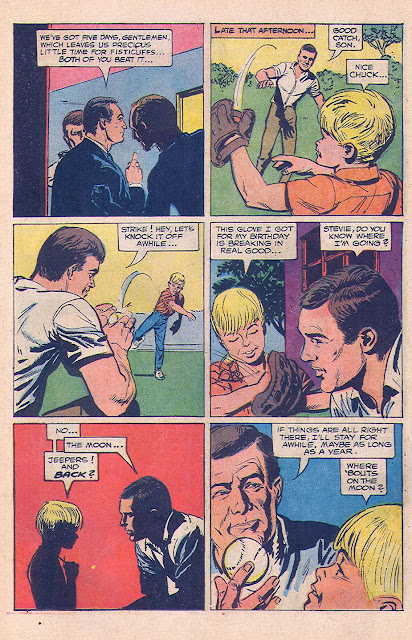 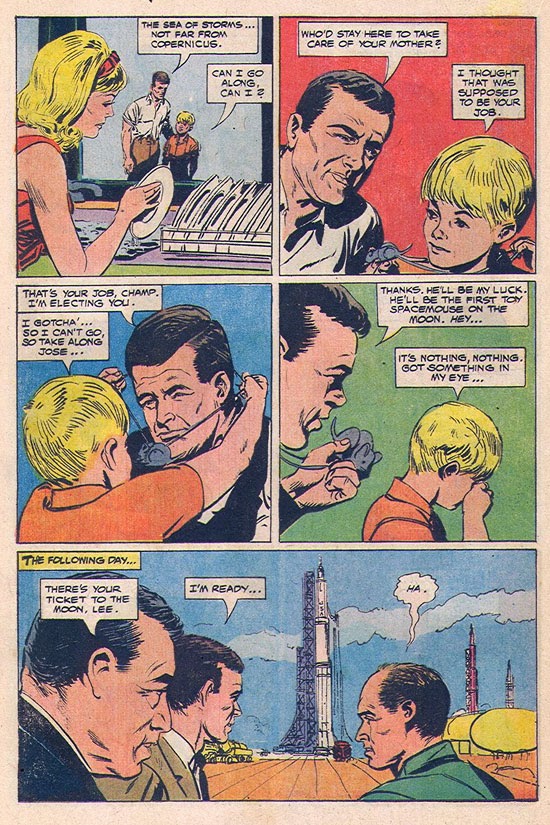 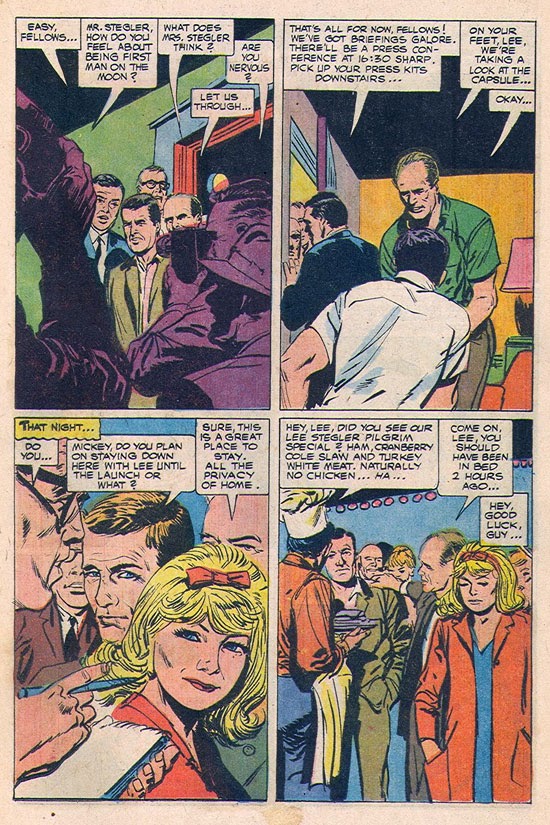 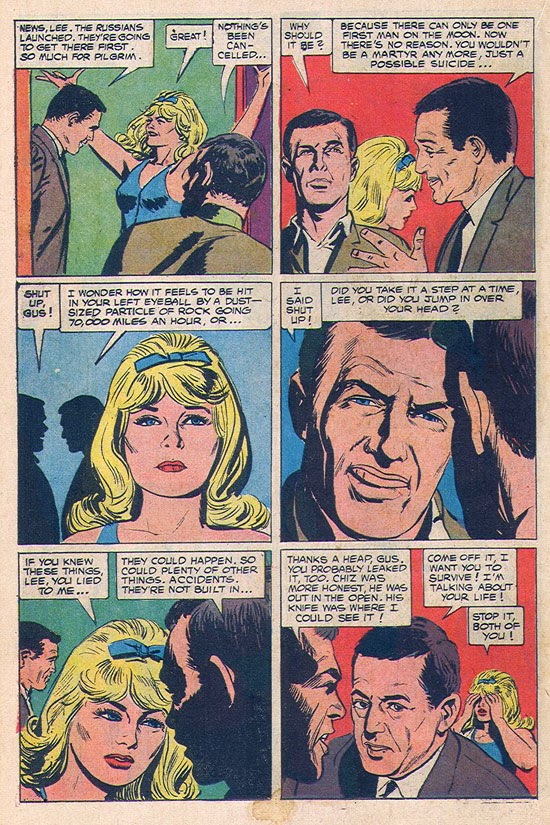 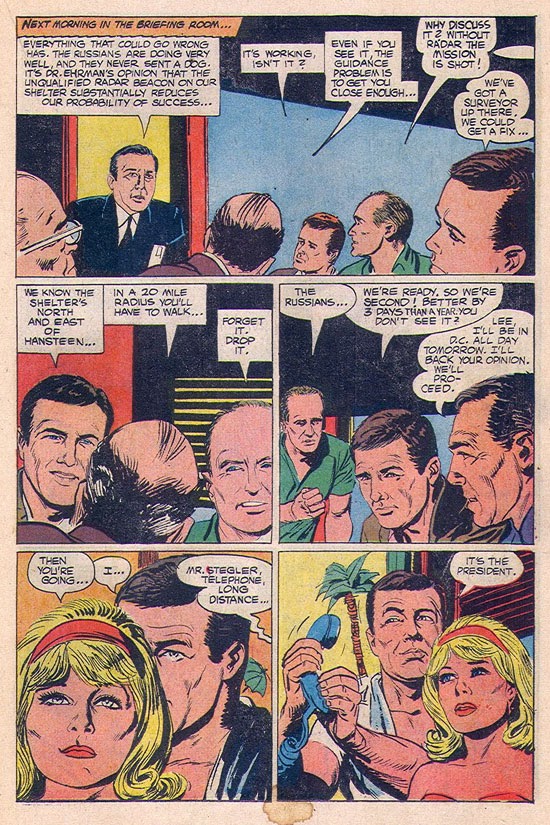 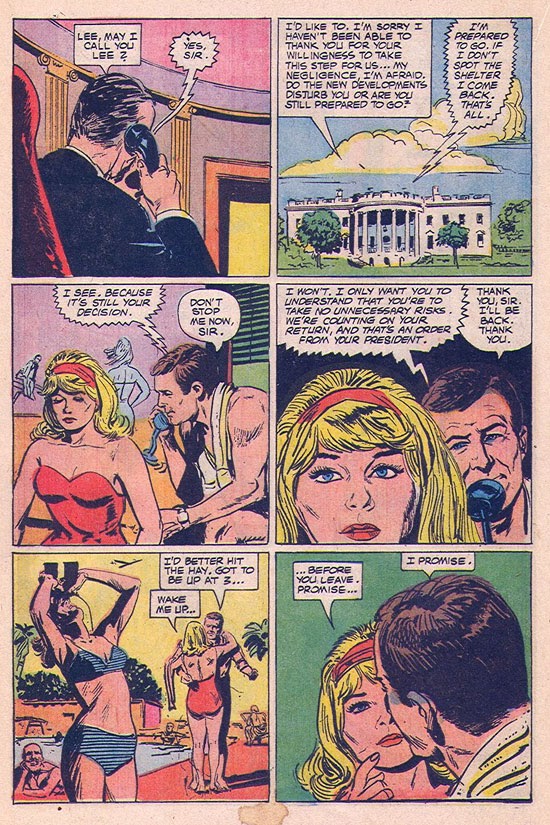 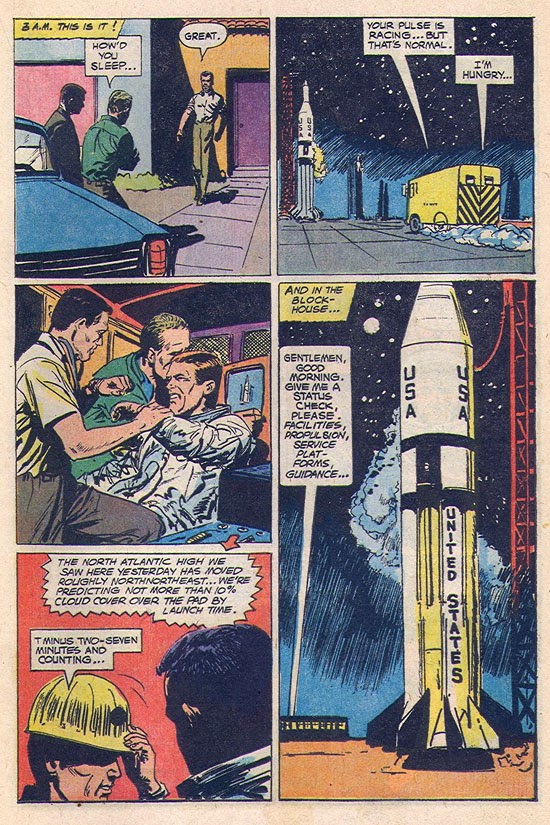 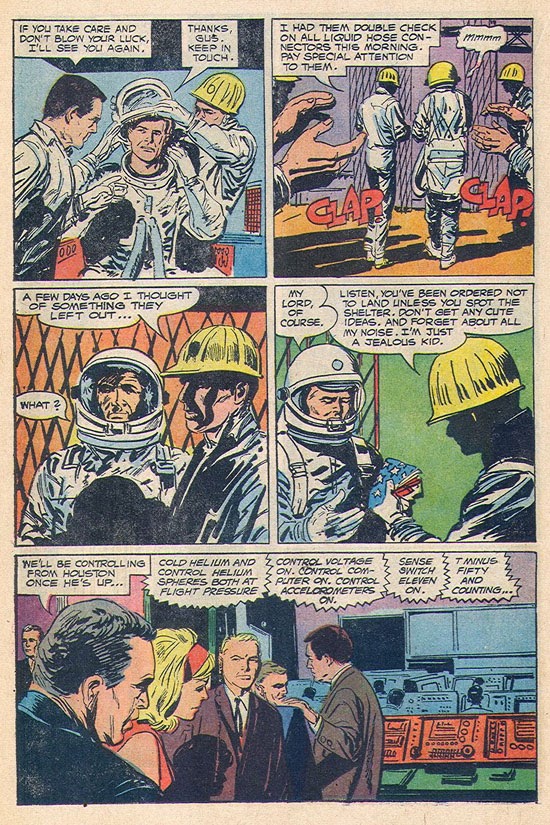 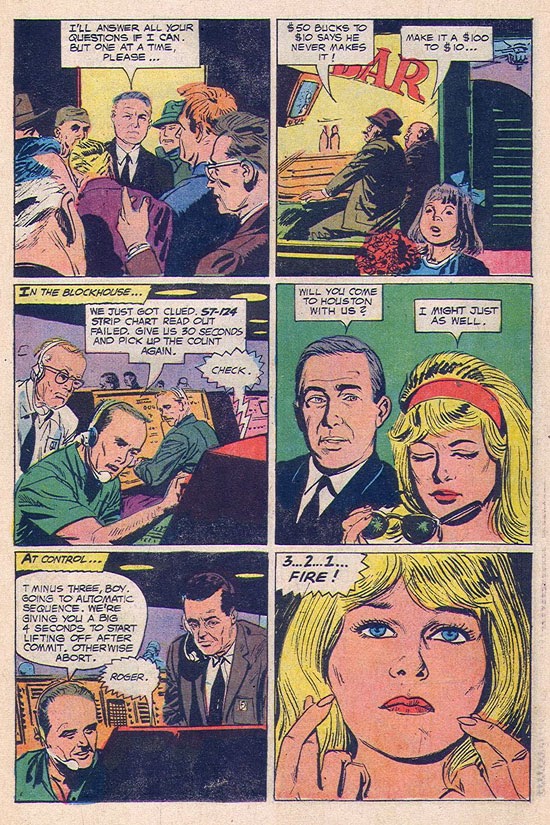 To Be Concluded...
TOMORROW!

Based on a 1964 novel by Hank Searls, the movie had a troubled production with original director Robert Altman's cut re-edited because he tried the Howard Hawks method of having actors do overlapping dialogue, which had fallen out of favor (but would make comeback a few years later!)
The late, great, Roger Ebert has a kool review HERE.
Please support Secret Sanctum of Captain Video
Visit Amazon and Order...
Pilgrim Project
by Hank Searls
The Gemini-era novel that Countdown the movie was adapted from.
It was not reprinted with a new, movie-themed cover, as is the practice when movies/tv shows are adapted from novels.
It was reprinted in the 1970s, without reference to CountDown on the cover or inside!
Posted by Britt Reid at 6:00 AM