As the Secret Sanctum's contribution to the

(which you can find details about HERE)
we present the following tender tale of a mother's love for her child... 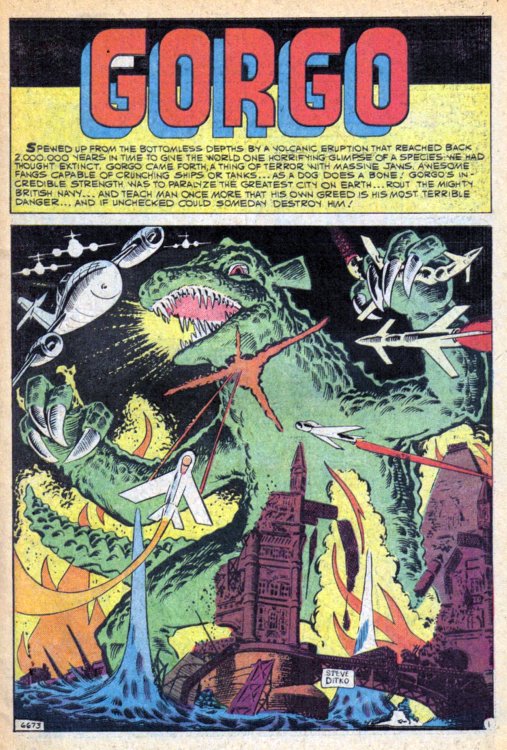 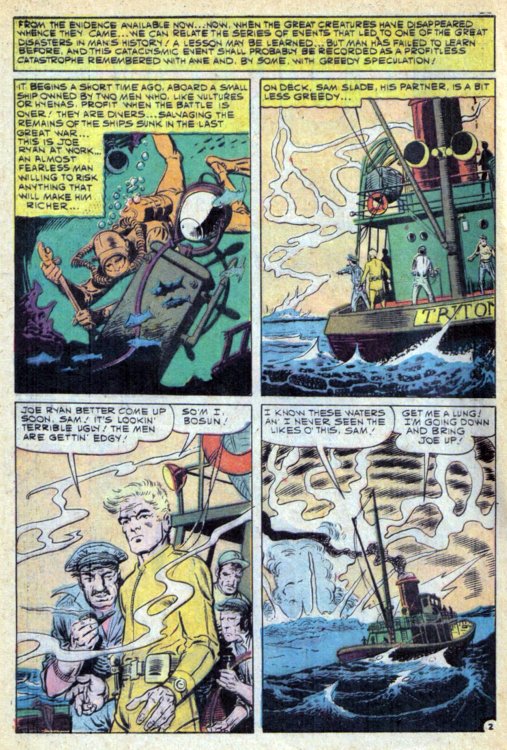 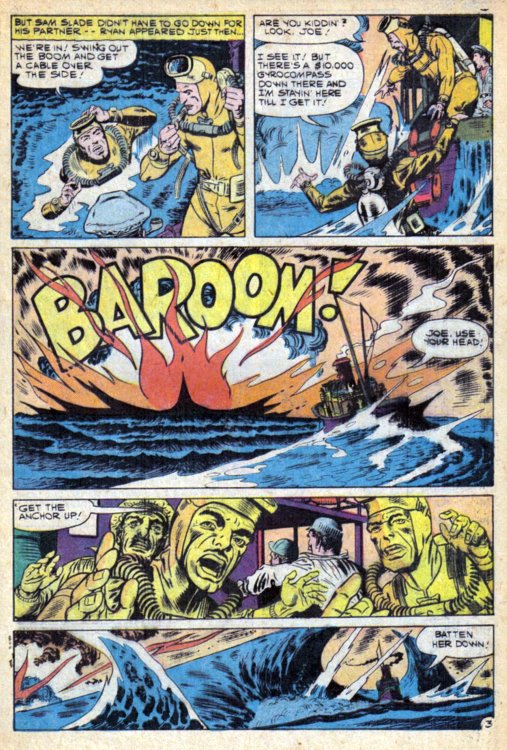 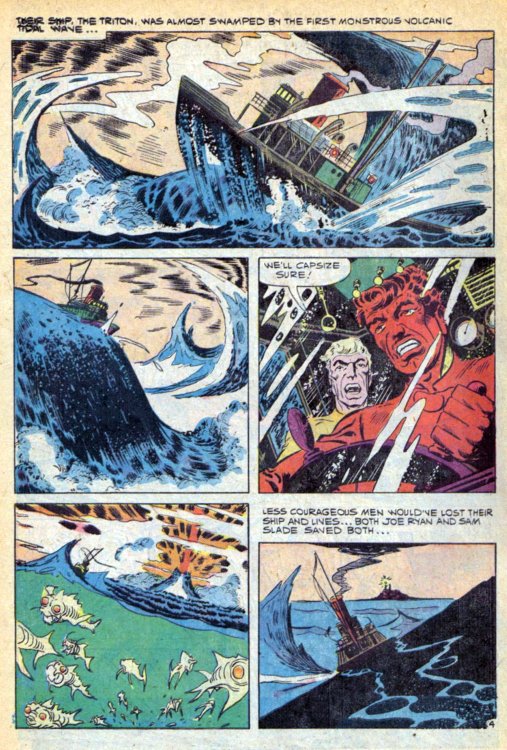 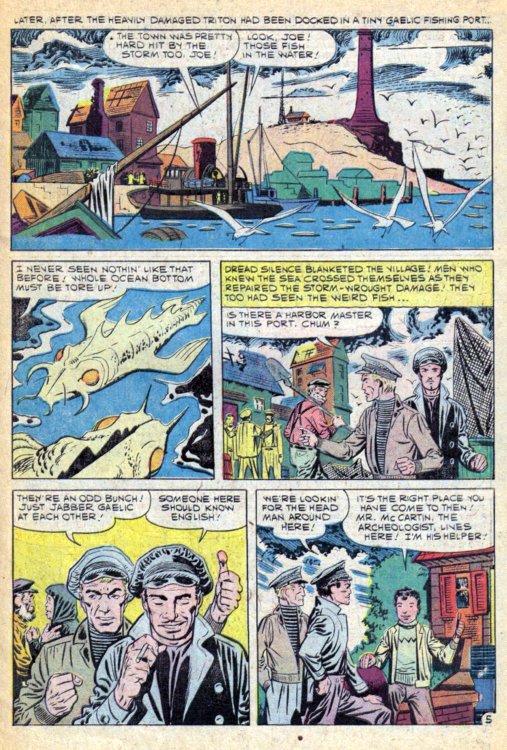 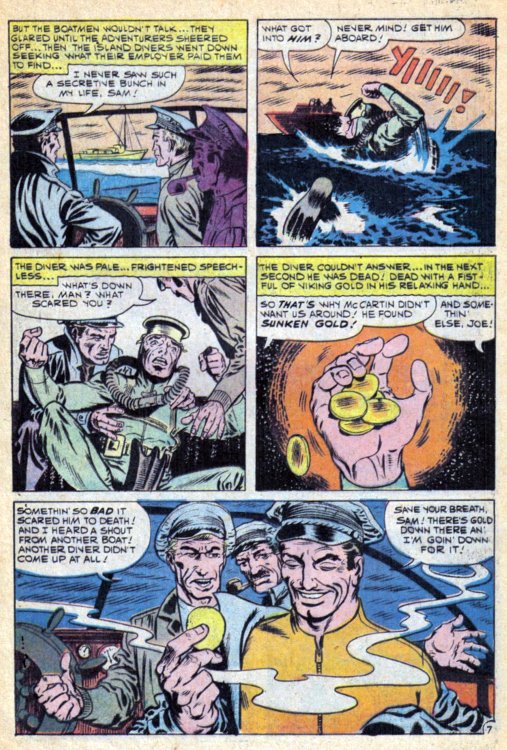 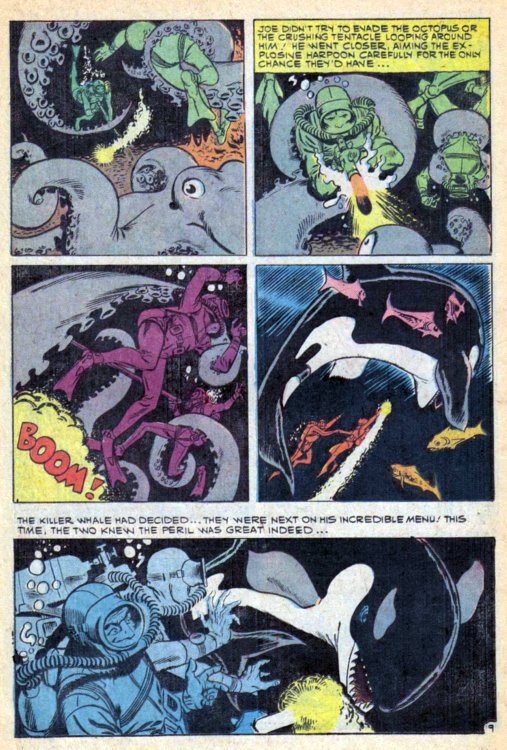 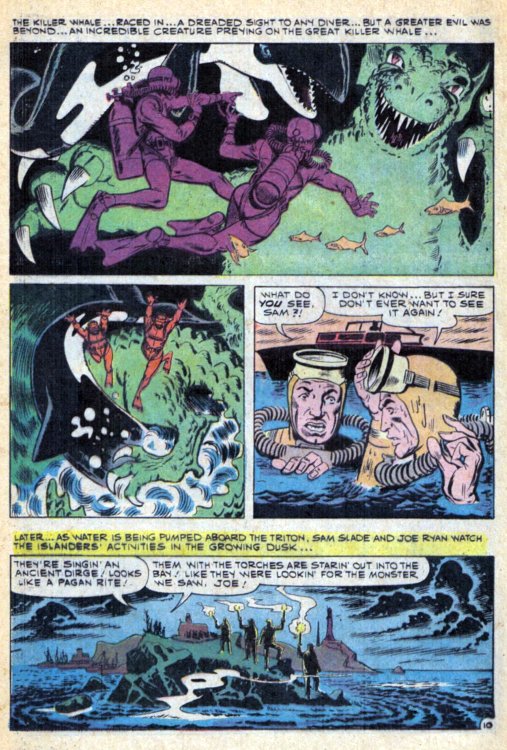 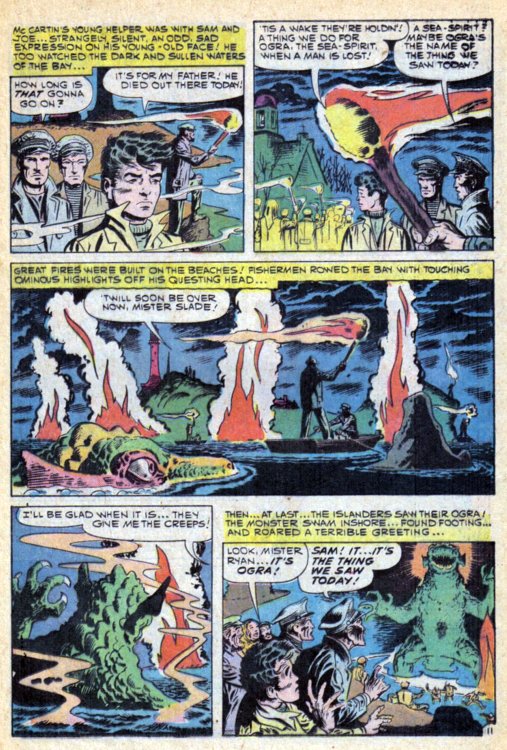 To paraphrase David Letterman; "Ogra...Gorgo, Gorgo...Ogra."
No matter what you call it, you've got a real problem on your hands!

The story continues tomorrow!
The writer of this 1960 Charlton comic book adaptation is unknown.
The artist is Steve Ditko, who a year later would co-create one of the most famous characters in history...The Amazing Spider-Man, for Marvel Comics.

In 1960, with the success of the Toho Godzilla series and a planned revival of King Kong (which eventually became King Kong vs Godzilla), studios in several other countries decided do their own kaiju (giant monster) films featuring puppets or men in costumes rather than stop-motion animation.
Within a year, two British studios had cranked out both Konga and Gorgo, while a Danish/American company produced two versions of Reptilicus, one with a Danish-speaking cast, one with an English-speaking cast.
(Oddly, other Japanese studios nor American companies wouldn't produce their own kaiju flicks until the mid-1960s.
But, once rival studio Daiei released Gamera in 1965, the floodgates opened...)

Eugène Lourié, who previously directed and co-wrote both Beast from 20,000 Fathoms and Giant Behemoth also directed and co-wrote this film.
After completing Gorgo, Lourié returned full-time to production design and art direction, never to direct again, feeling he had become typecast as a monster-movie director.
He did do occasional work in genre films and TV including Crack in the World, Time Travelers, the mini-series Amazing Captain Nemo, and the series Quark and Kung Fu.
Posted by Britt Reid at 10:24 AM