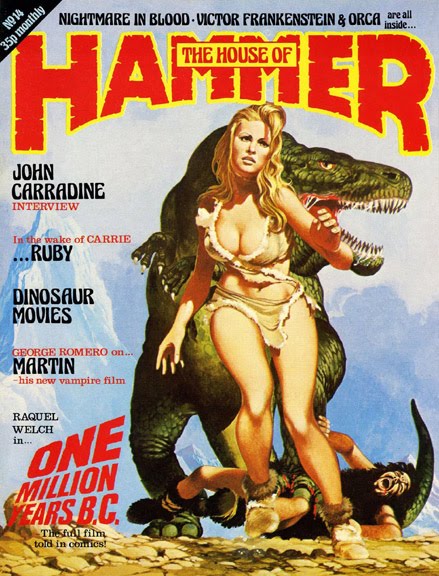 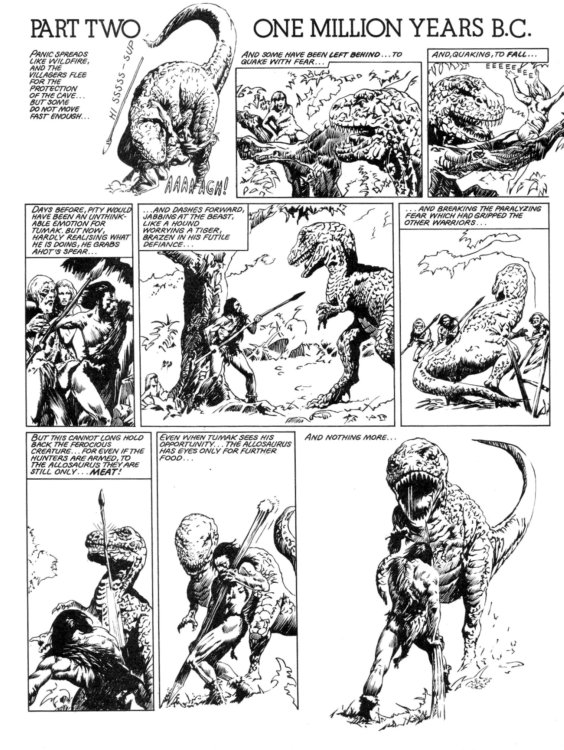 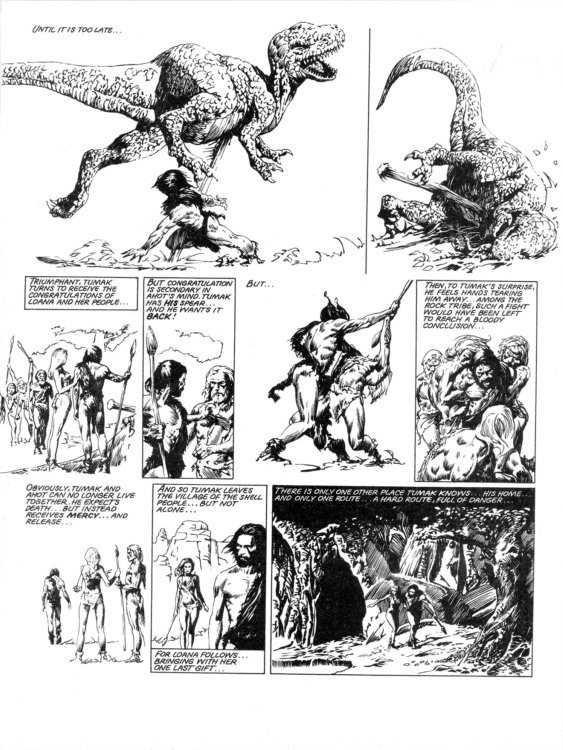 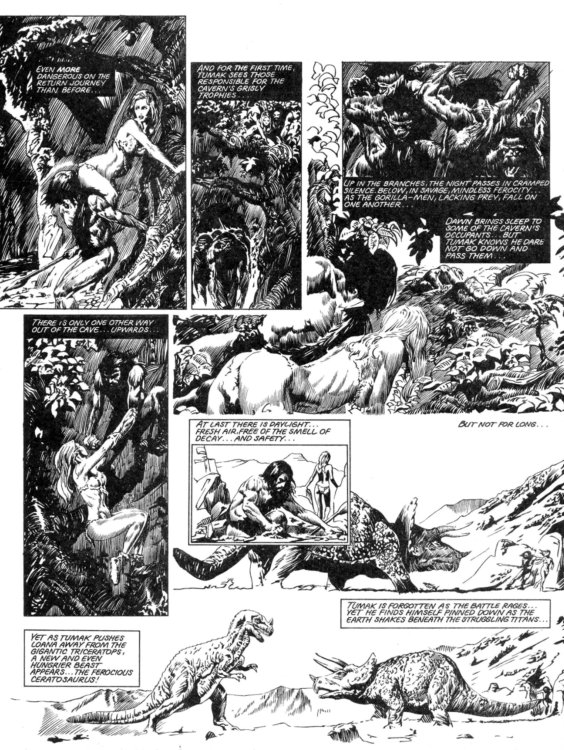 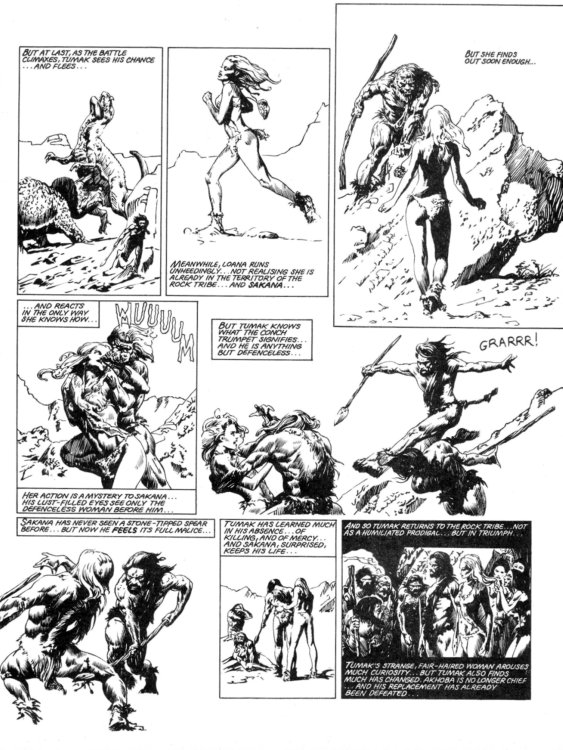 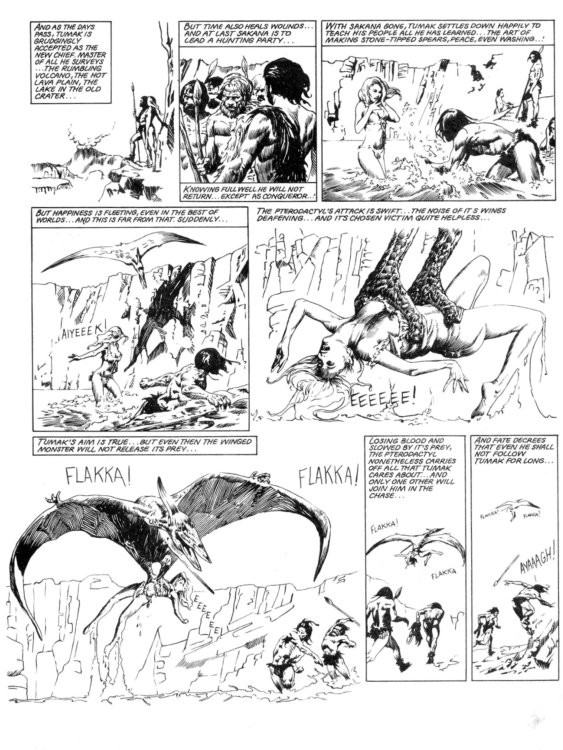 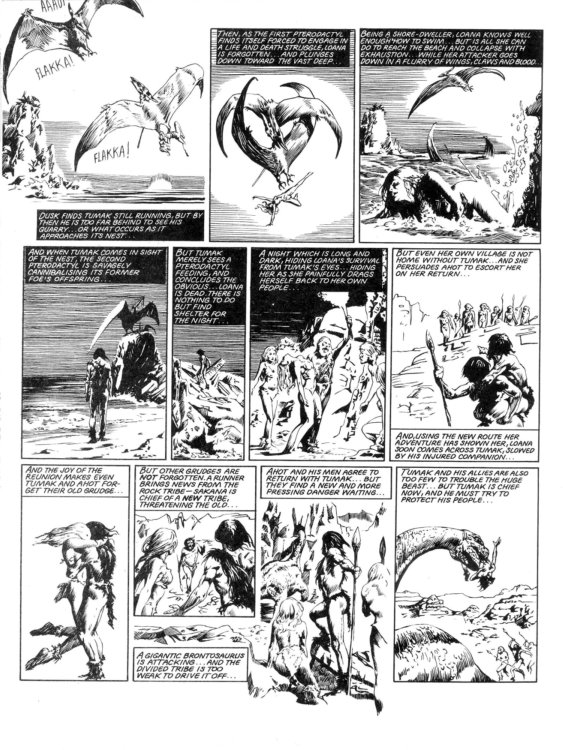 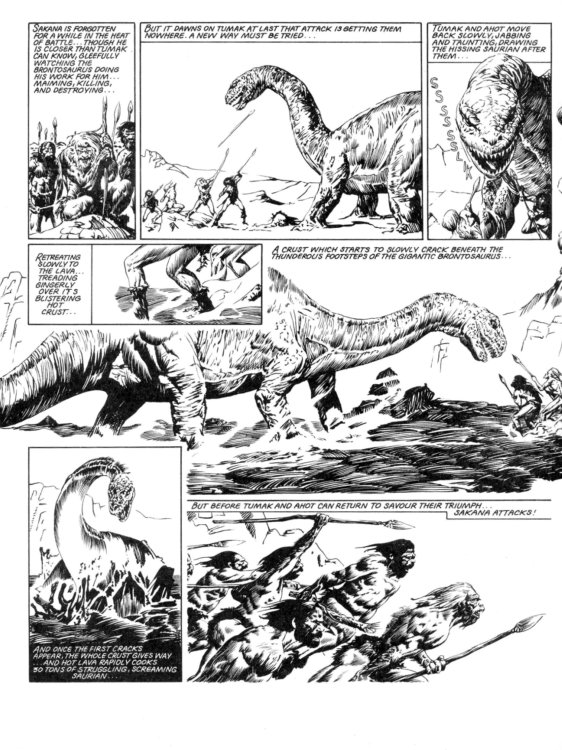 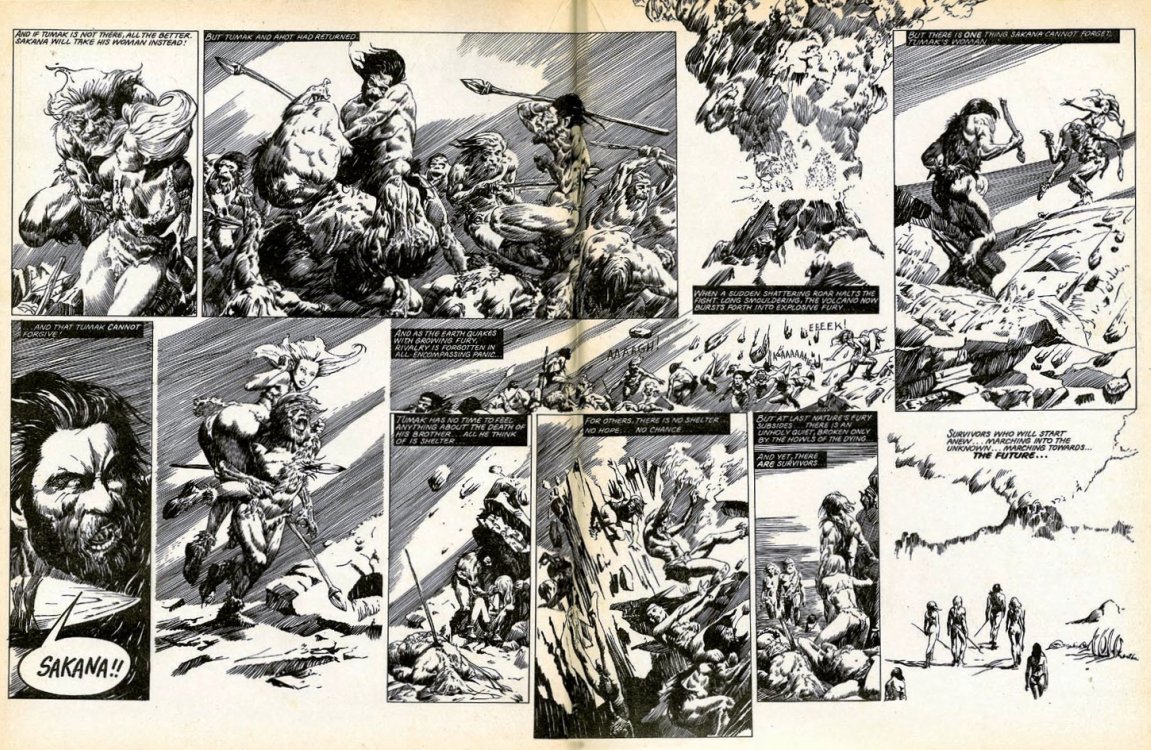 The adaptation does downplay the human (or caveperson) side of the story to emphasize the spectacular dinosaur battles.
So we don't get to see Bolton rendering the (censored in America but not England) erotic dance sequence or the Raquel Welch/Martine Beswicke catfight.
You'll note the art is black and white.
The magazine (House of Hammer) it's derived from had black-and-white interiors and only the covers (and an occasional insert section) were in color, as were most magazines of the period.
For those who want to know more about the magazine, which started as House of Hammer, became House of Horror and ended up as Halls of Horror, here's a link from it's editor, Dez Skinn, where he talks about the periodical's turbulent existence.
After One Million Years BC, there were two other caveman/dinosaur epics from Hammer Films, When Dinosaurs Ruled the Earth and Creatures that Time Forgot, both of which used dinosaur stock footage from this film and featured beautiful women (including a Playboy Playmate) in fur bikinis!

Dinosaurs!
Comic Book and Movie
Collectible Store
Posted by Britt Reid at 1:01 AM