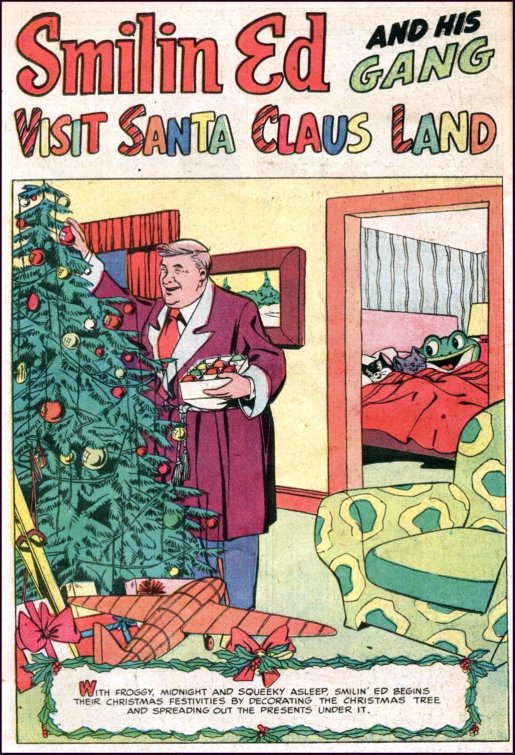 ...was Smilin' Ed's Buster Brown Gang (later the Buster Brown Show), which had a long-running comic book spin-off!
Note: while this never-reprinted tale from Buster Brown Comic Book #33 (1953) was written by the show's scripter, Hobart Donovan, it's not an adaptation of a radio or tv episode! 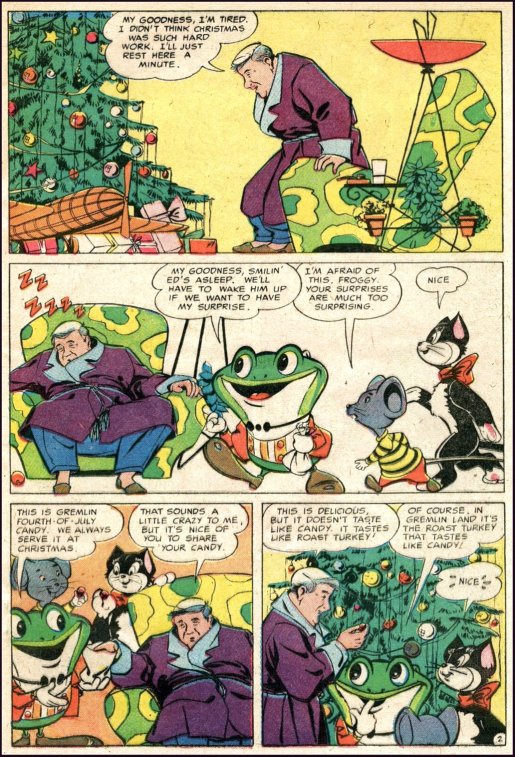 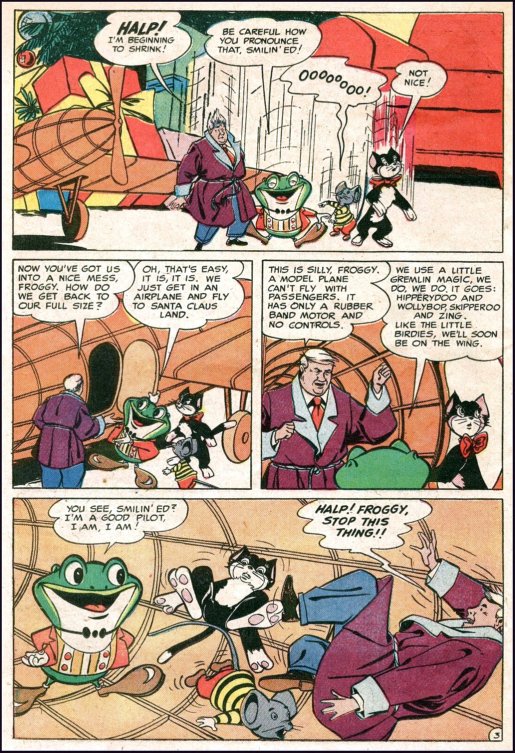 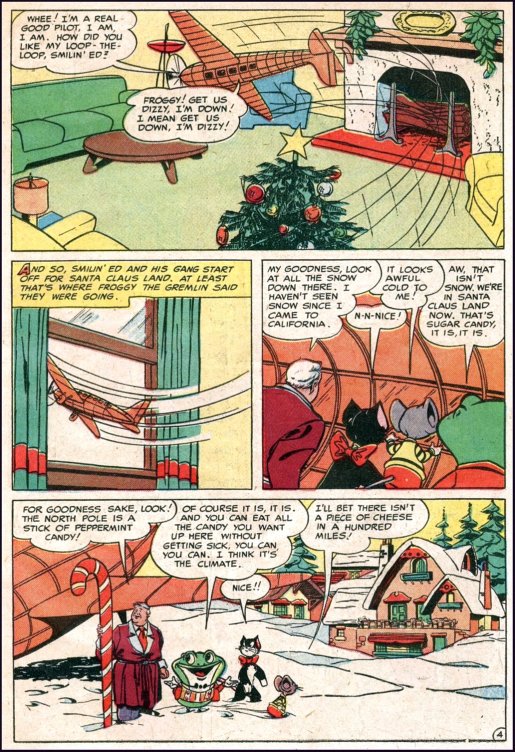 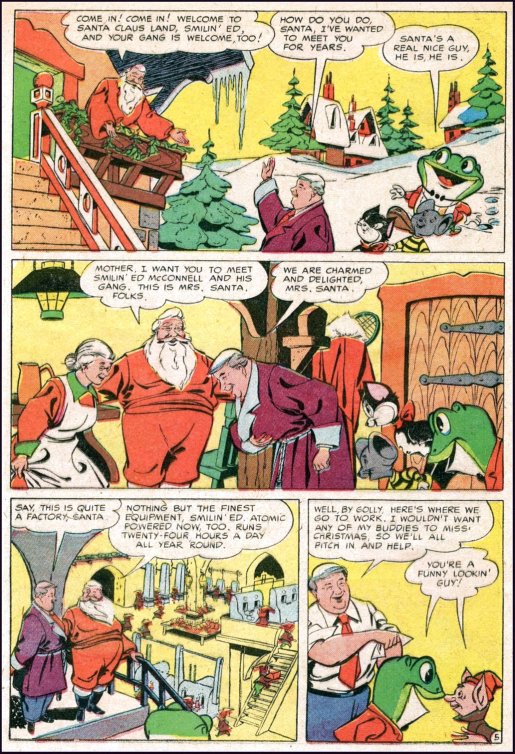 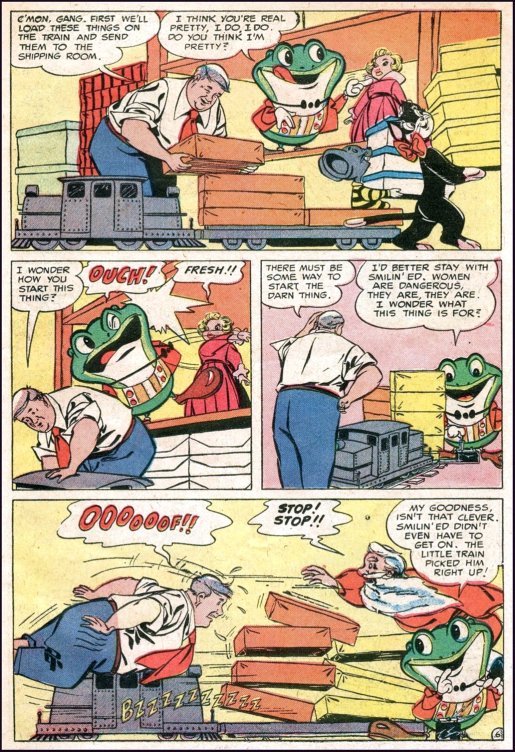 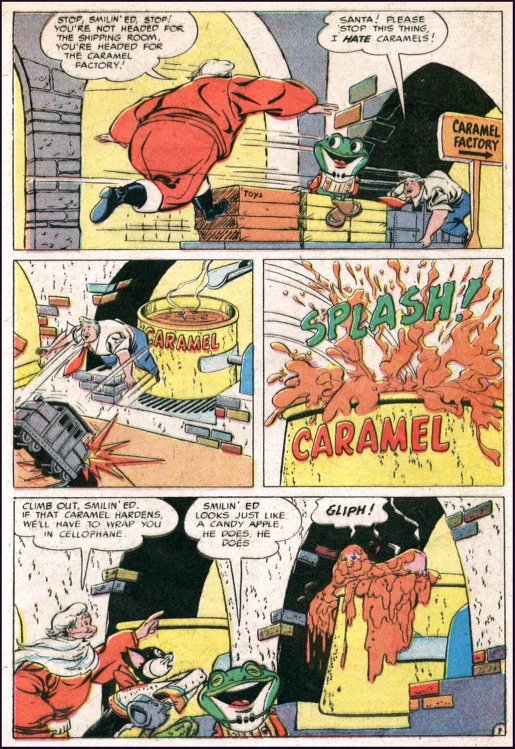 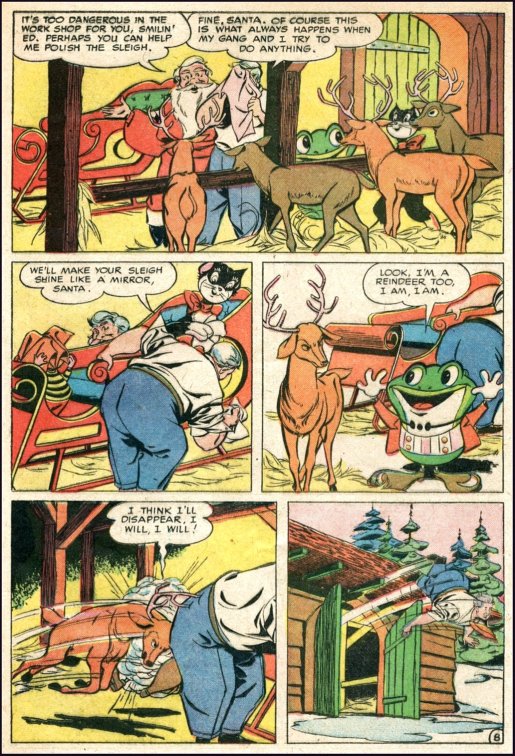 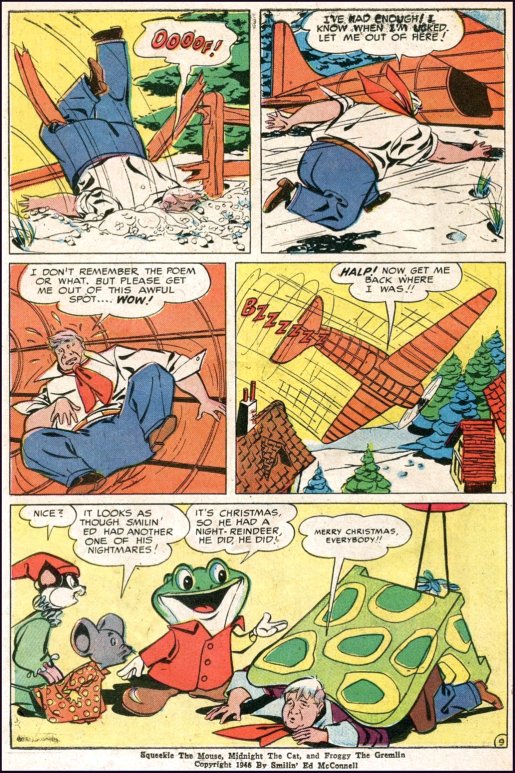 Ed McConnell aka "Smilin' Ed" was a long-time radio personality who had his own (adult-oriented) radio show for over a decade before signing with the Buster Brown Shoe Company in 1944 to host their new juvenile radio series.
Smilin' Ed's Buster Brown Gang began on September 2, continuing on NBC radio every Saturday morning at 11:30 through April 11, 1953.
There was an adventure story to open the show, ads for Buster Brown shoes, and Froggy the Gremlin might sing a song or annoy another cast member, such as Shortfellow the Poet or Alkali Pete the Cowboy.
The character Midnight the Cat actually spoke a few lines on the show and Smilin' Ed was always prone to sing a novelty song or two by plunking his magic twanger.
The term "plunking" may have come from McConnell's habit of plunking the strings on his piano to emphasize some of the action in his stories.
McConnell was also the voice of Froggy, putting on a low, gruff, Popeye-like croak.
However, whenever McConnell had to sing a duet with Froggy, announcer Archie Presby was the voice of Froggy.
When there was a live audience, Archie would sometimes dress up in a frog costume and carry on to the delight of the screaming kids.
Additional cast members included June Foray and John Dehner.
Foray was called upon to voice Midnight and Old Grandie the Piano.
Bud Tollefson, the sound effects engineer, growled the voice of Buster's dog Tige.
Child actor Patrick Curtis (Baby Beau Wilkes in Gone With The Wind) played Buster Brown in 1949-50. "That's my dog Tige, he lives in a shoe, I'm Buster Brown, look for me in there too!"
Please Support Secret Sanctum of Captain Video
Visit Amazon and Order... 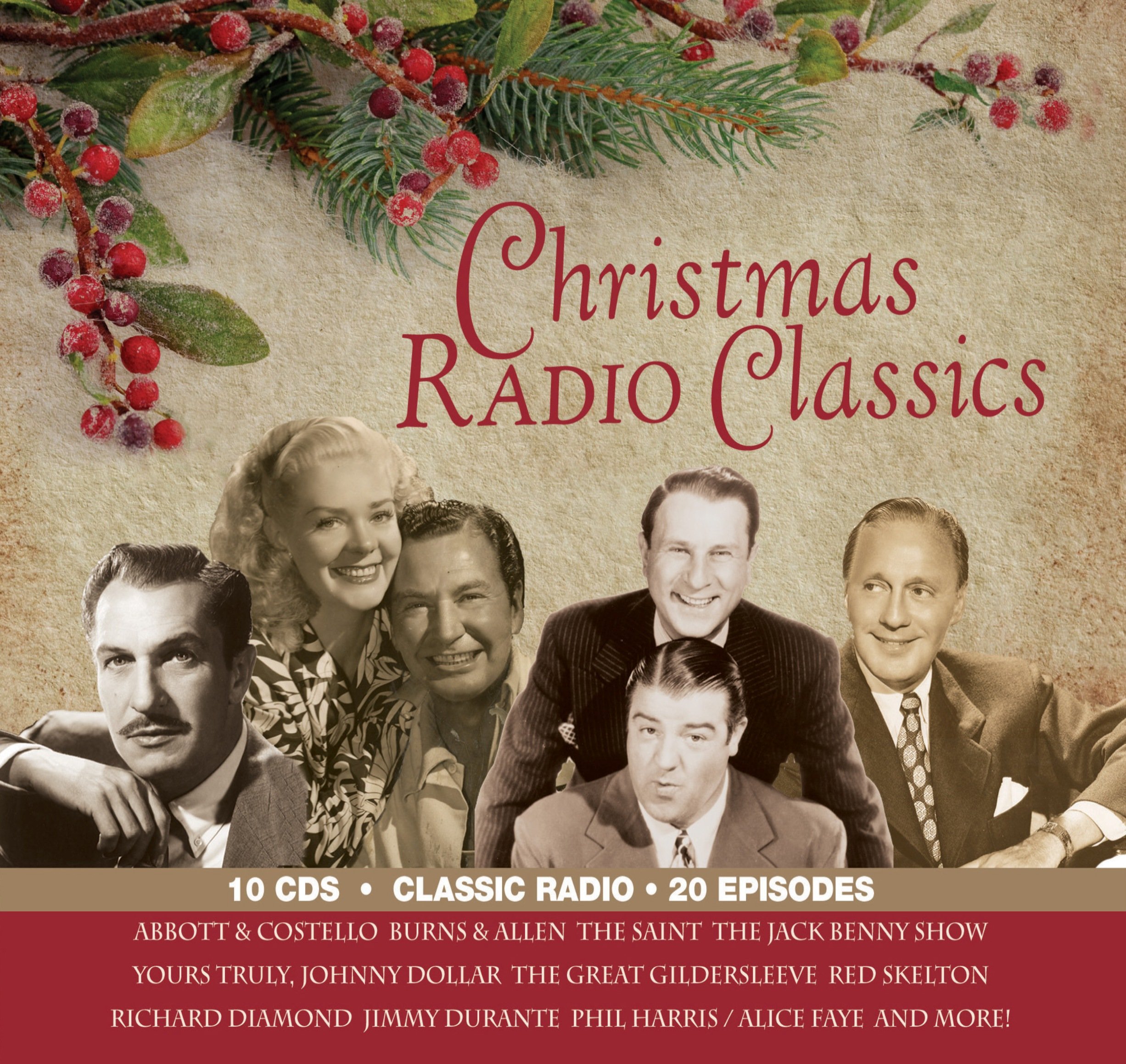 Christmas Radio Classics
20 Shows on 10 CDs
Posted by Britt Reid at 7:00 AM