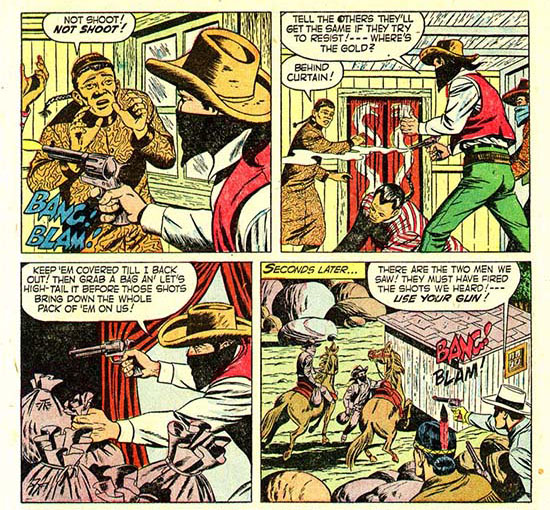 ...which was adapted from an episode of the long-running radio series!
The Lone Ranger character is famous for promoting tolerance of others, belief in equal rights for all, and constantly-reiterating the concept that no matter what our race, religion, ethnicity, or even pizza-eating preference, we are all Americans!

The radio episode, titled "Chinese Gold" aired March 31, 1952.
Here it is in all it's glory.
Note: commercials have been edited out, replaced by longer versions of "William Tell Overture" (of course) and "Les Preludes" (best remembered as the main theme for the movie serial Flash Gordon Conquers the Universe!)...

The comic story appeared in Dell's Lone Ranger #70 (1954)
Note: while many radio episodes were adapted into the Lone Ranger TV series, this episode wasn't.
I'd like to think it was because, with the large groups of characters, the syndicated television series' budget couldn't afford to hire all the cast and extras needed for the tale.
BTW, I was serious about the pizza-eating preferences...
Yes, that's Clayton Moore and Jay Silverheels!
Please Support
Secret Sanctum of Captain Video
Visit Amazon and Order... 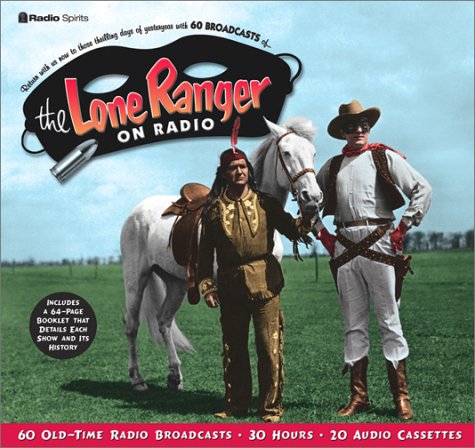 Lone Ranger on Radio
CD Set
Posted by Britt Reid at 7:00 AM