After the 1960s live-action TV series, the Addams Family's next video appearance was on...

...The New Scooby Doo Movies in 1972!
The episode"Wednesday is Missing" featured live-action cast members John Astin (Gomez), Carolyn Jones (Morticia), Ted Cassidy (Lurch), and Jackie Coogan (Uncle Fester) reprising their roles.
The others were performed by Hanna-Barbera voice actors including actress Jodie Foster as Pugsley!
Apparently the audience response (and ratings) were positive, because the next year featured an Addams Family animated series!
The show featured the family traveling around the country in a mobile home resembling their house!
One unusual aspect was that the characters gained supernatural abilities they never displayed in the original New Yorker magazine cartoons or the live-action TV series!
(One other note, the episode is the only one not included in the New Scooby Doo Movies DVD sets from Warner Brothers!
Ted Cassidy, and Jackie Coogan voiced their characters again, while Jodie Foster reprised her role as Pugsley!
Sadly, we can't show more than the opening credits from that show in color, but we can do the next best thing...
...the episode, but in black and white!
You can see it in color... 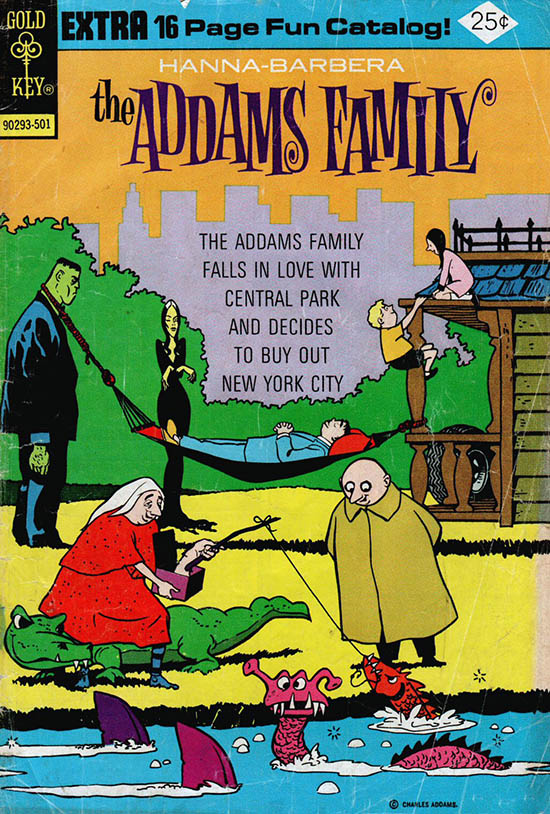 ...with this comic book adapted from the episode seen above!
Be Here Tomorrow to Enjoy this Never-Reprinted, Almost 50 year-old Tale!
Please Support Secret Sanctum of Captain Video
Visit Amazon and Buy... 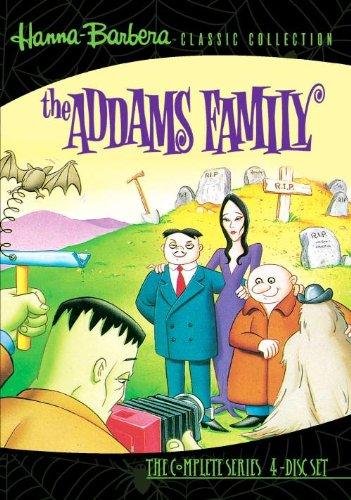 Addams Family
Complete Series
(from 1973, and yes, they're in color)
Posted by Britt Reid at 7:00 AM