The temps are in the 100s!
Let's hit the surf with Frankie and Annette in... 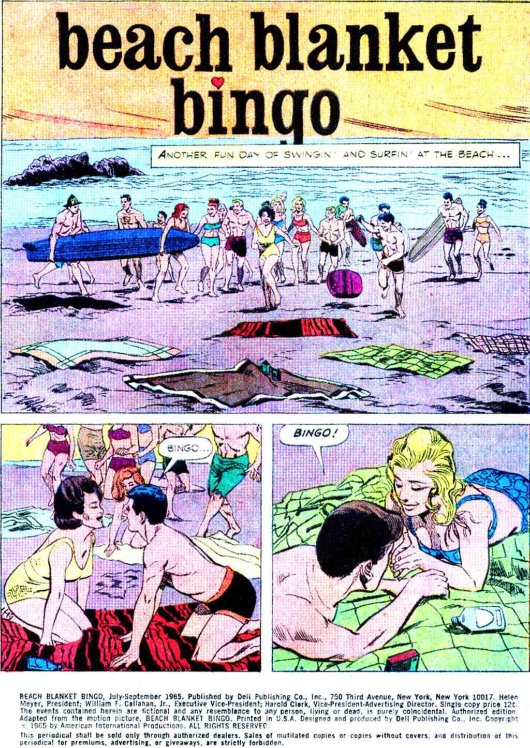 ...adapting the most famous movie in the "Beach Party" teen-flick genre that produced over a dozen films in the mid 1960s! 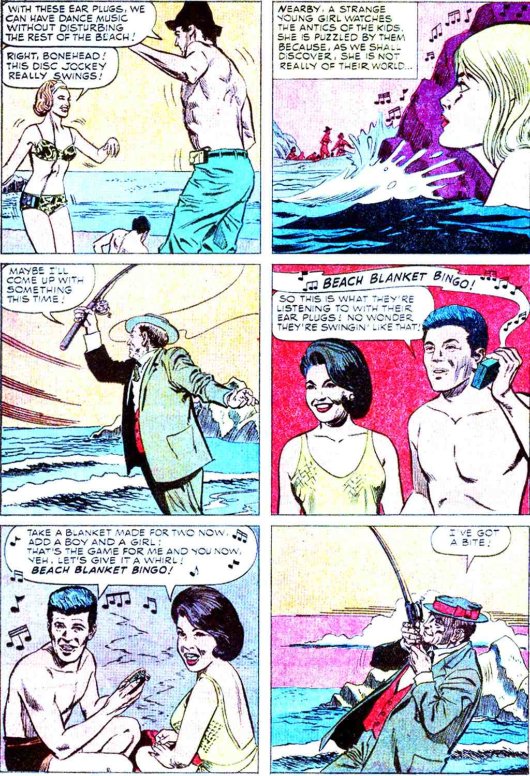 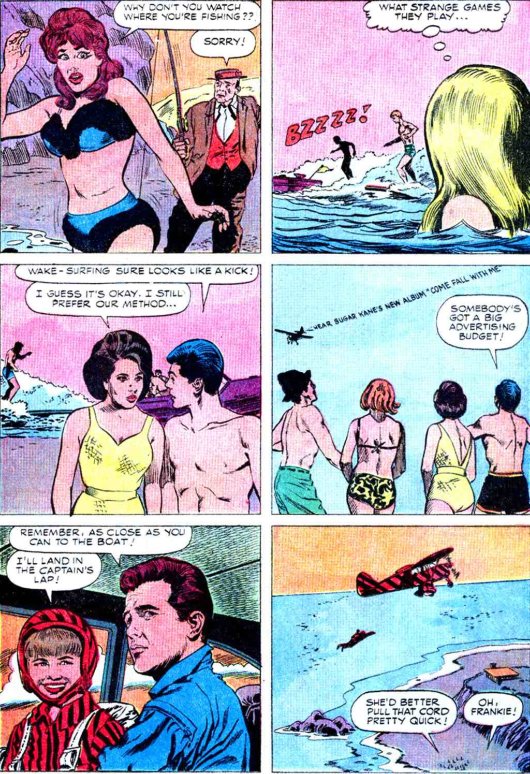 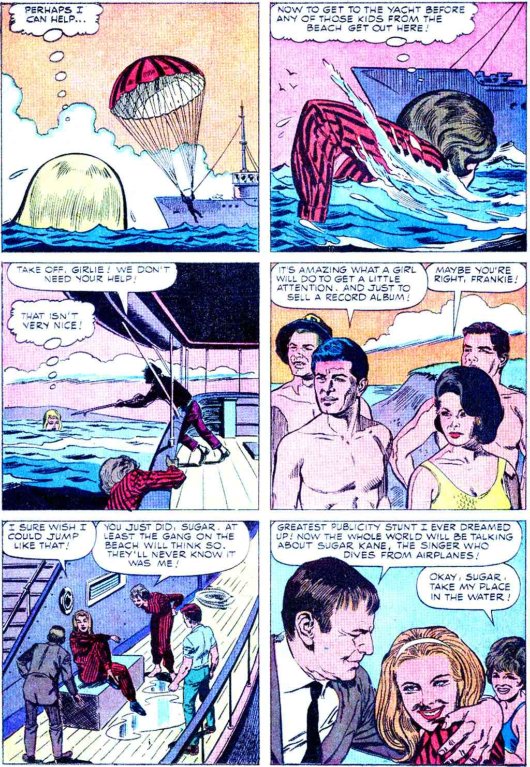 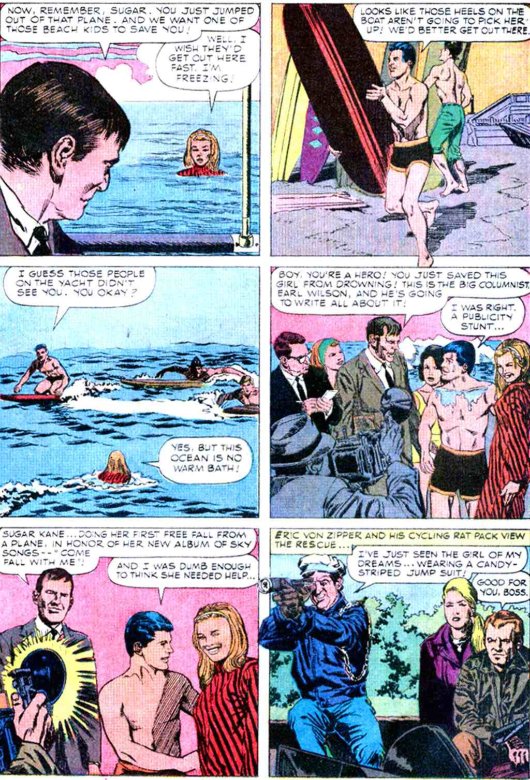 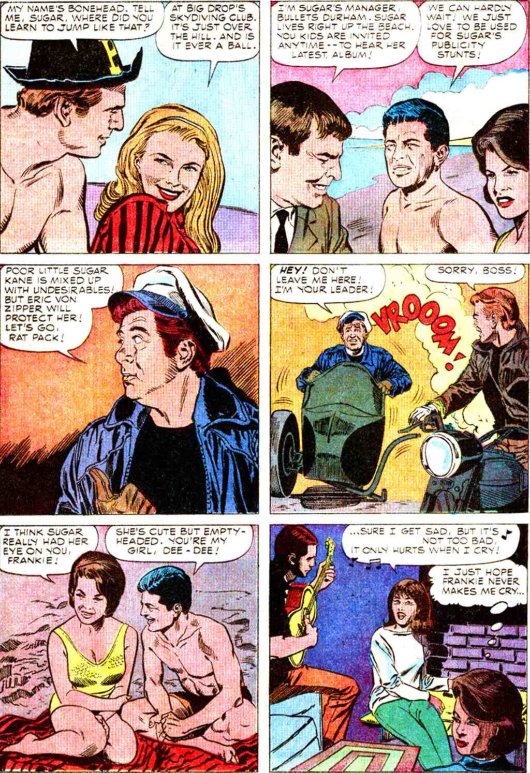 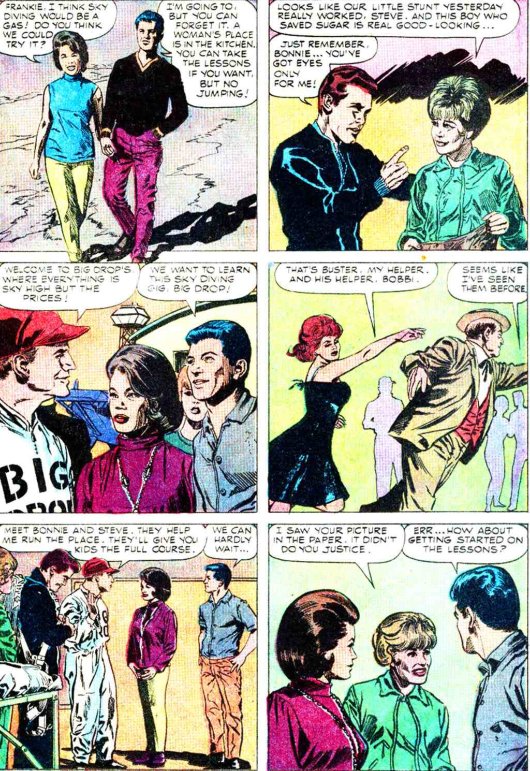 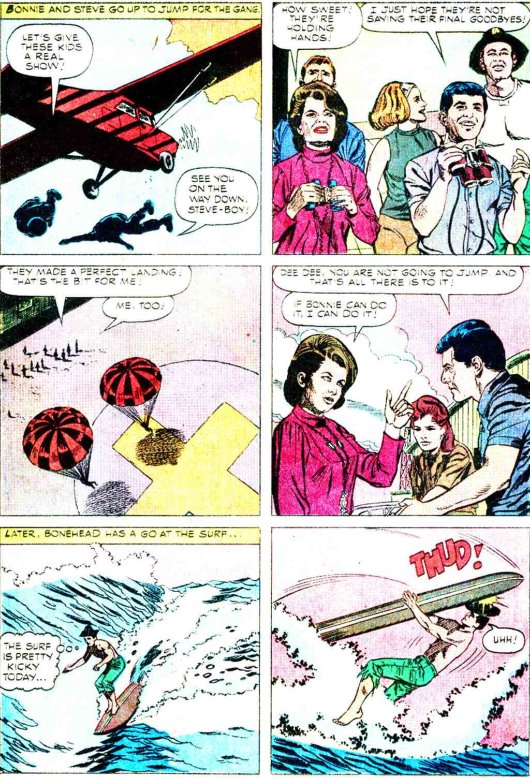 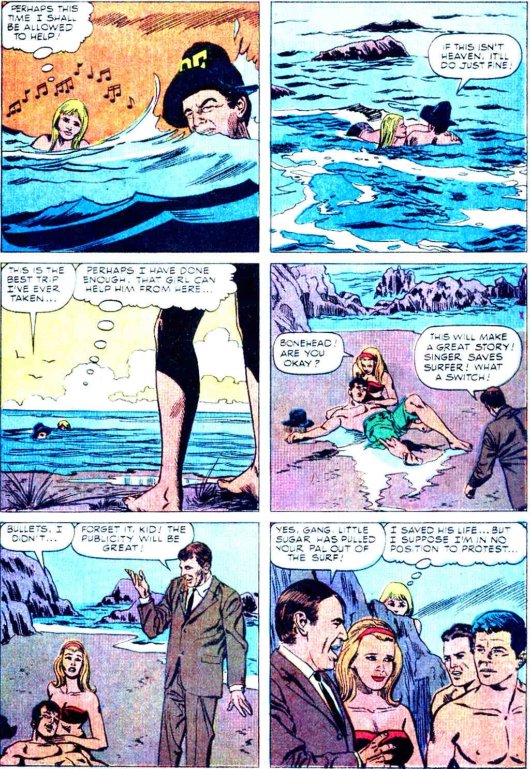 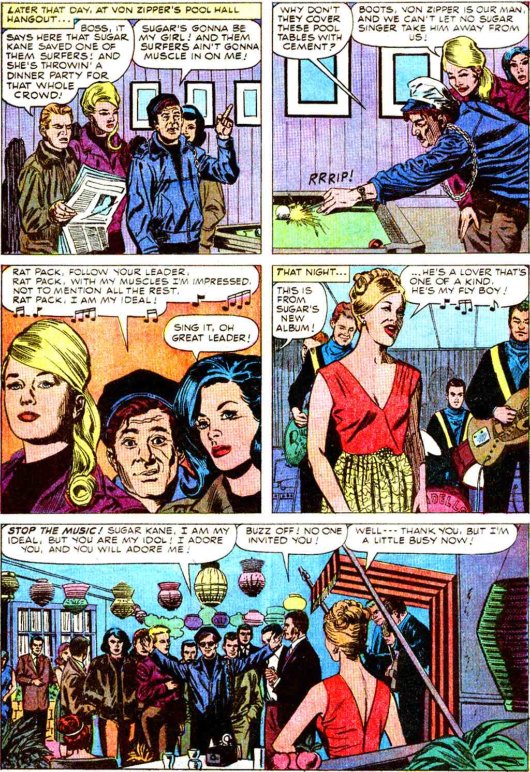 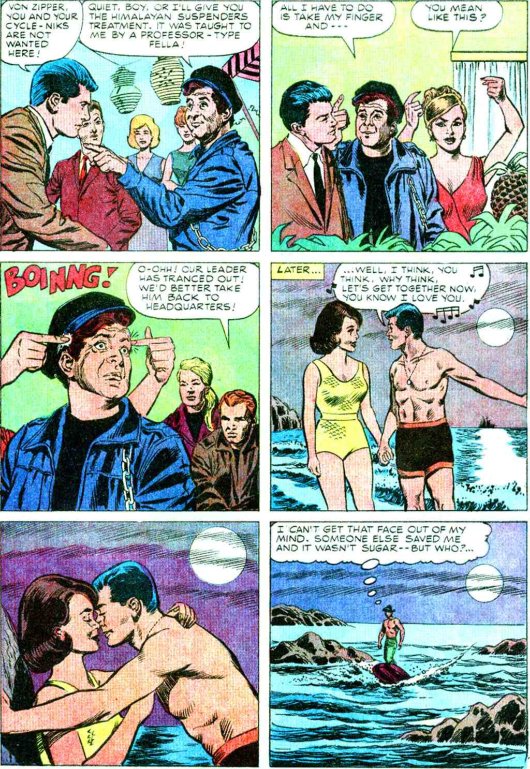 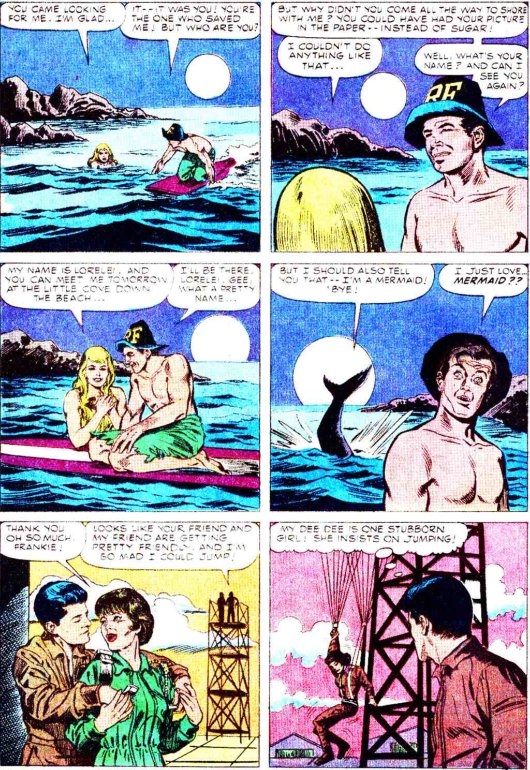 To be continued, tomorrow, in our "sister" blog True Love Comics Tales™!

"Frankie and Annette" were Frankie Avalon and Annette Funicello, the Justin Bieber and Jordin Sparks of the 1960s.
(BTW, Frankie Avalon also appeared in the movie version of Voyage to the Bottom of the Sea, even singing the movie's theme!)
This one-shot comic was penciled by John Tartaglone, inked by Dick Giordano, Frank McLaughlin, and Sal Trapani.
The adaptation's writer is unknown.