When Last We Left Our Motley Ensemble of Protagonists... 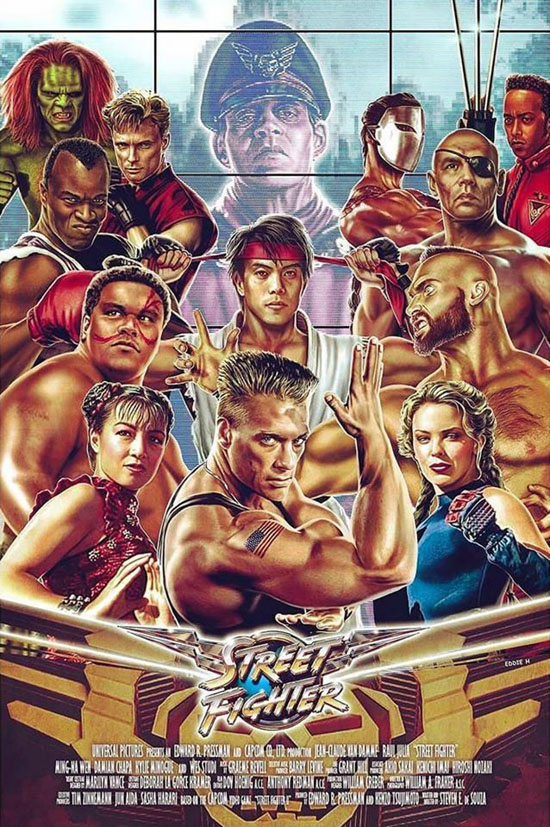 ...Shadaloo's demented warlord, General M Bison, holds 63 Allied Nations relief workers hostage, demanding $2 billion or he'll kill them all within 72 hours.
AN Colonel Guile, seeking clues to their whereabouts, captures one of Bison's lieutenants, Sagat, his gang, and two con men who were trying to trick the crimelord into buying weapons...which were really toys!
Guile offers the con men, Ken and Ryu a pardon if they'll escape with Sagat's crew and lead them to Bison's HQ.
To make it look convincing, Guile fakes his own death at the hands of the con men, who get away with the gangsters.
But, nosy reporter Chun-Li Zang may screw up the proceedings... 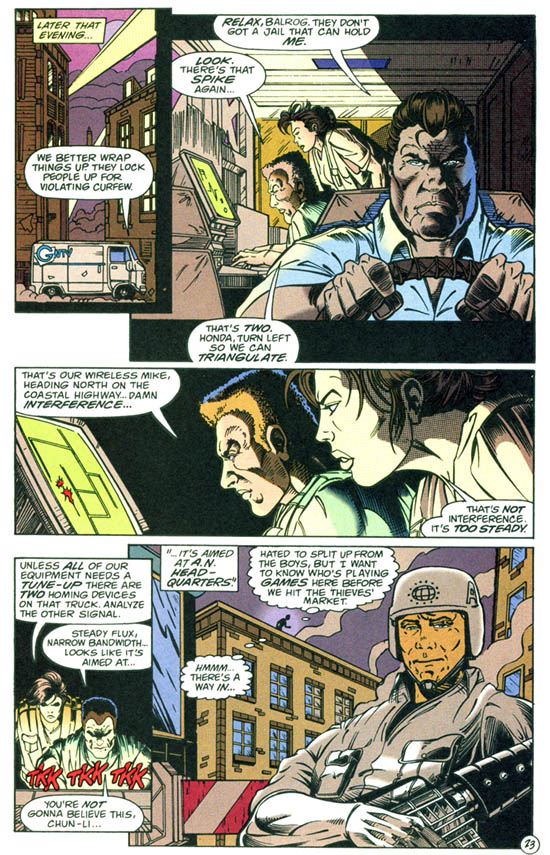 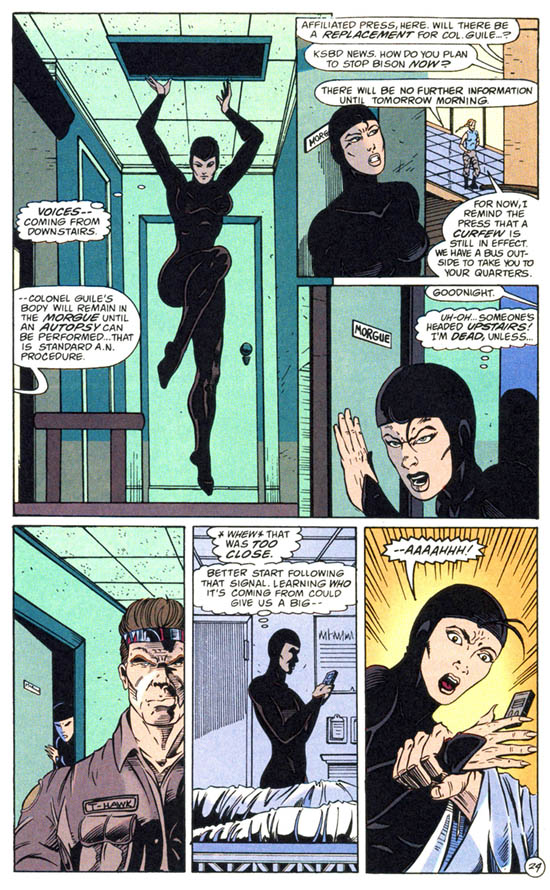 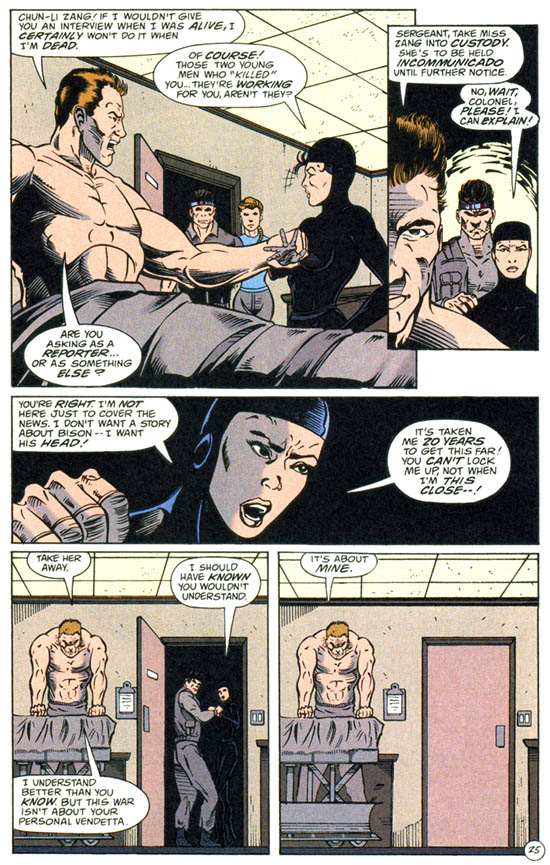 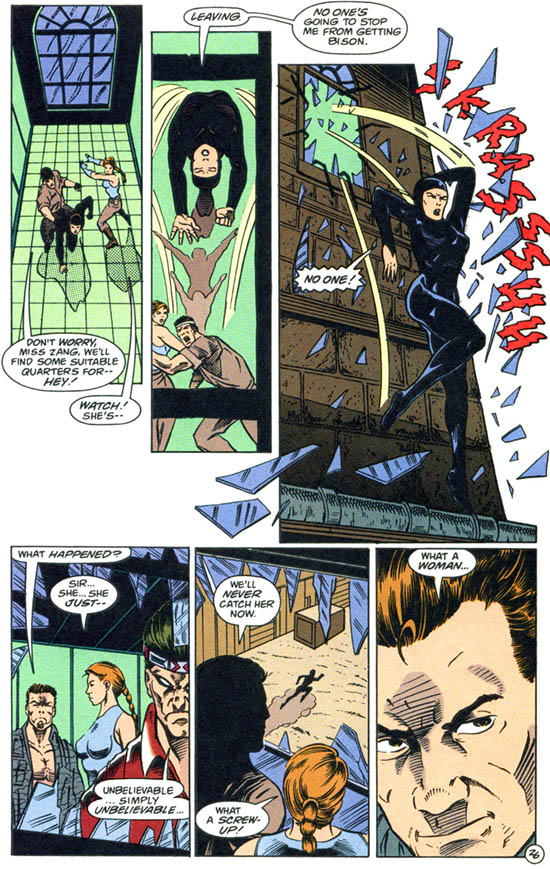 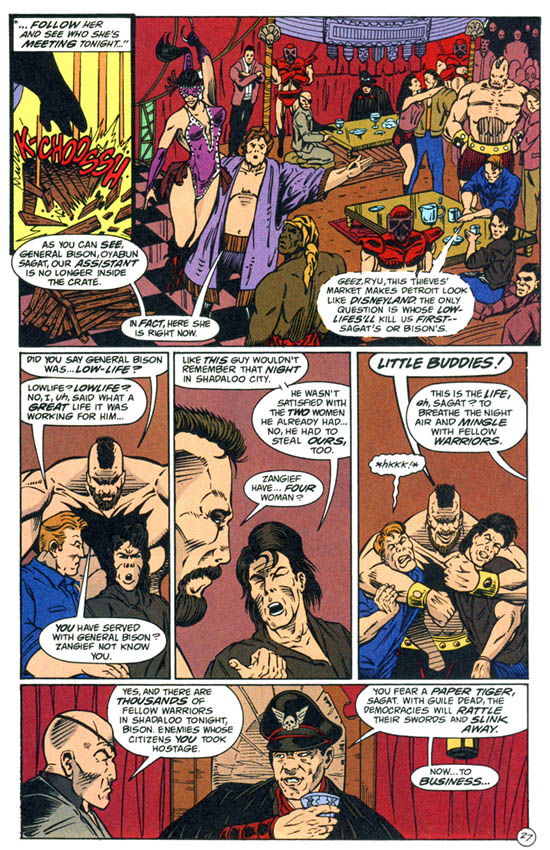 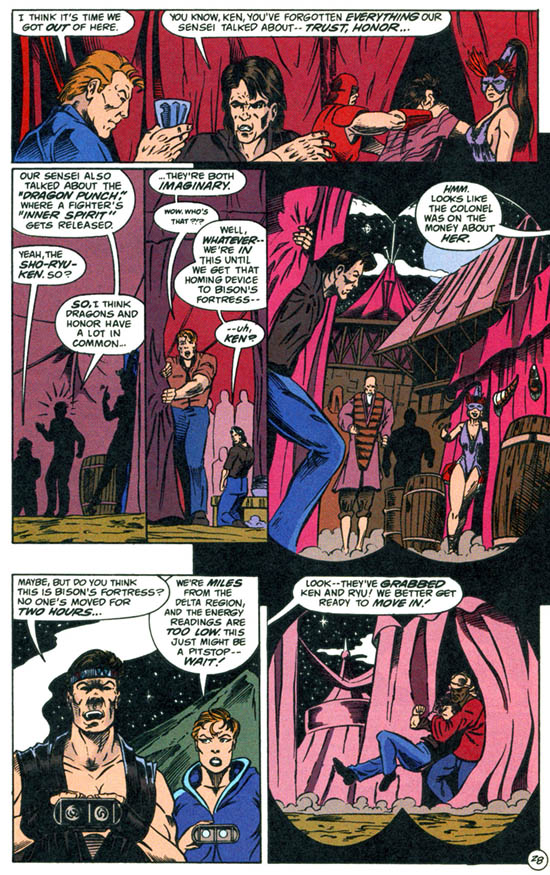 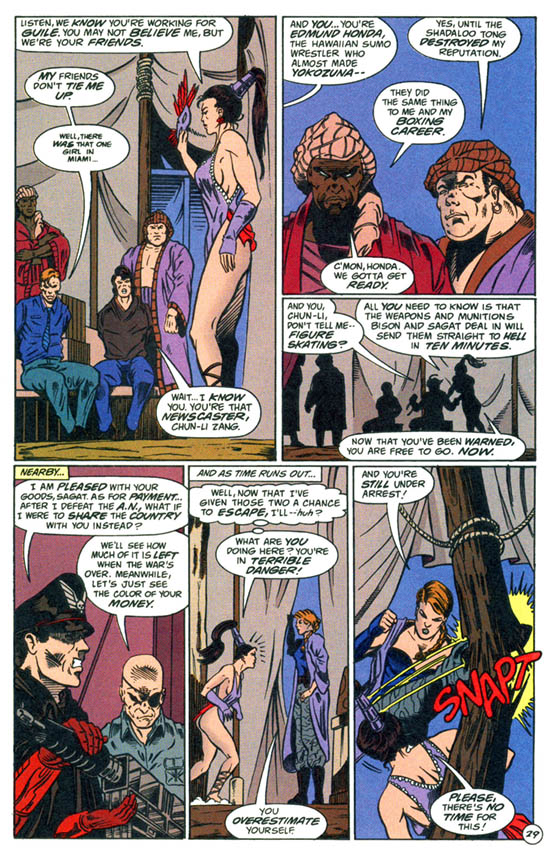 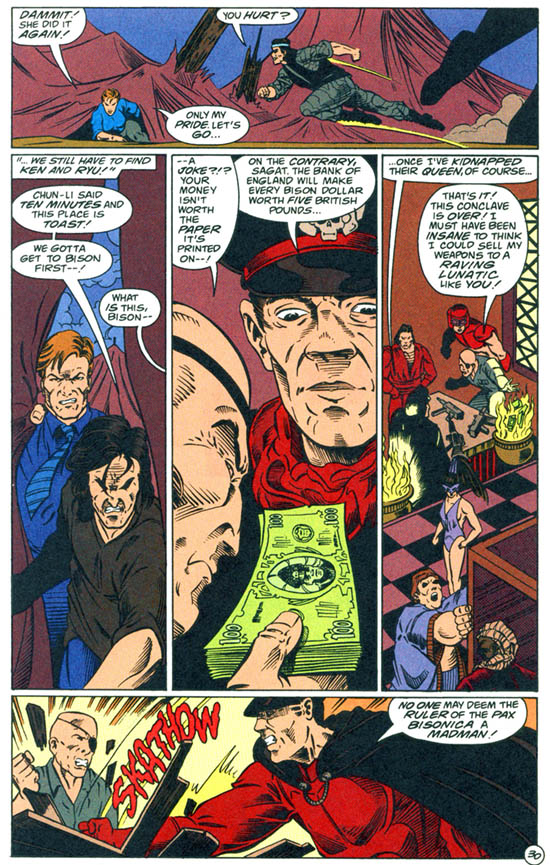 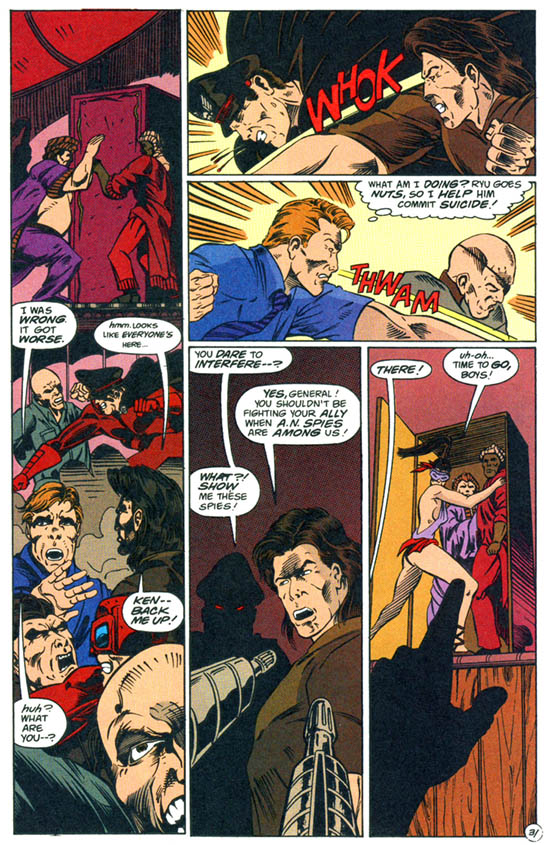 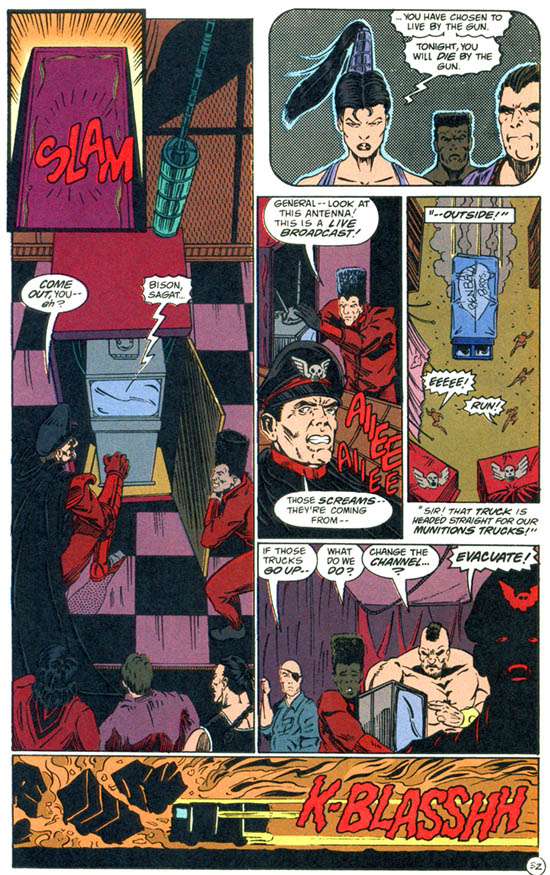 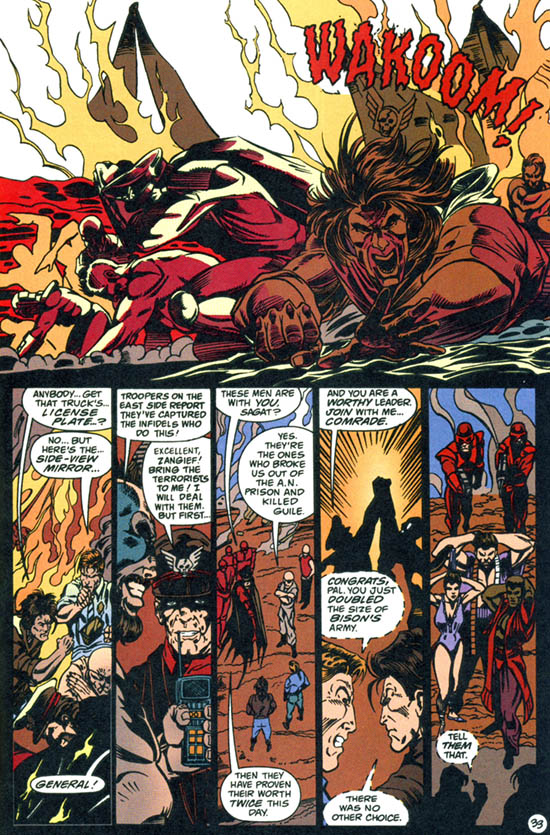 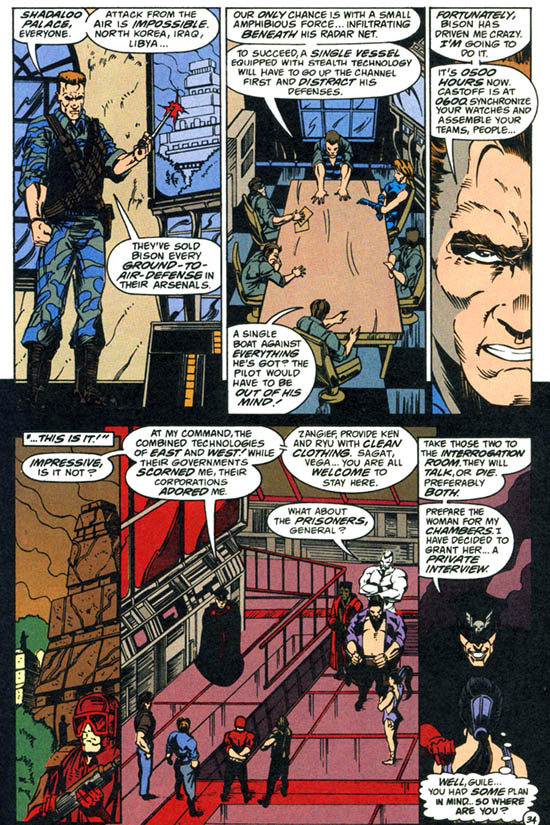 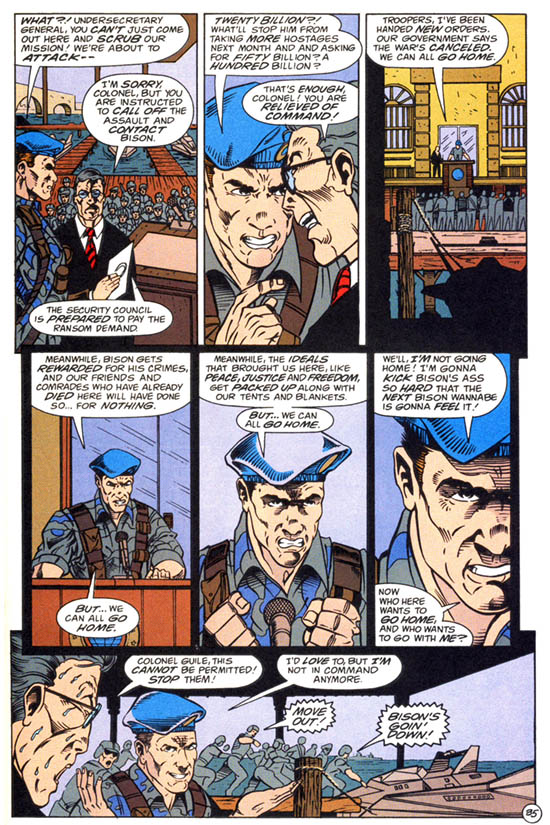 The Invasion Begins on Wednesday at...
Pop Art Martial Arts
Posted by Britt Reid at 7:00 AM