Let's continue our perusal of the first (and only) issue of CreepShow... 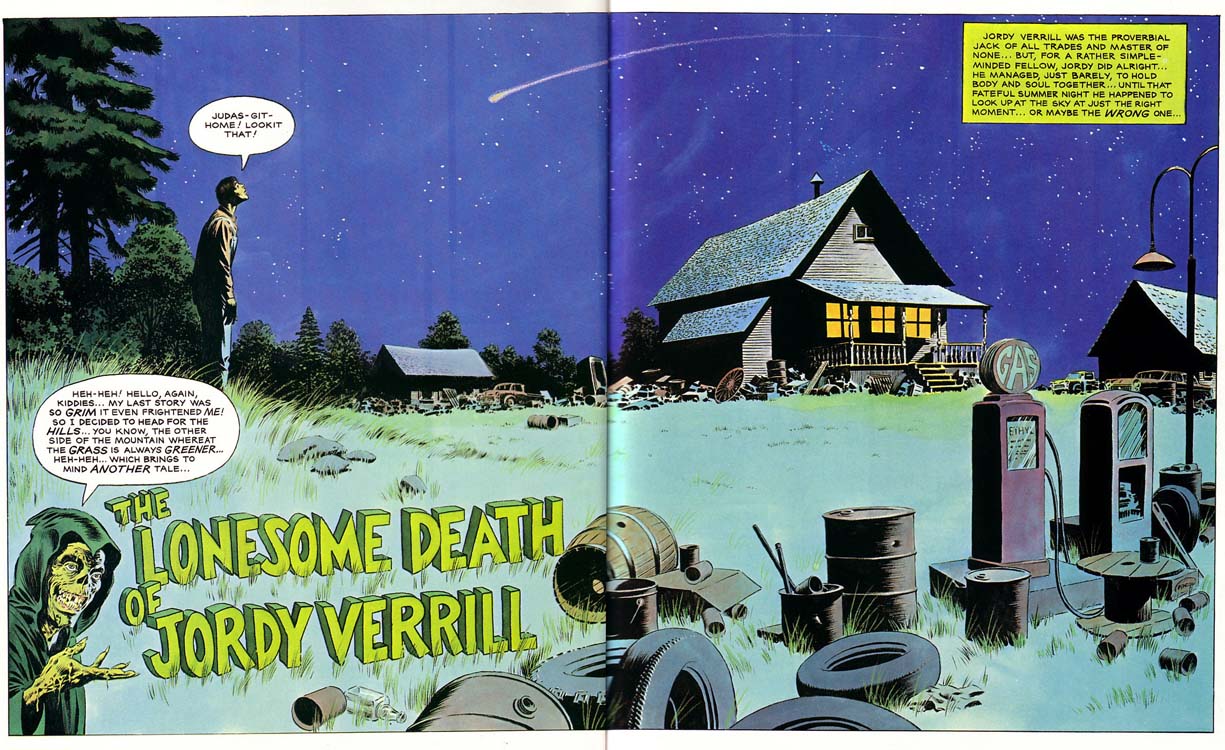 ...the graphic novel based on the movie inspired by the horror comics of the 1950s! 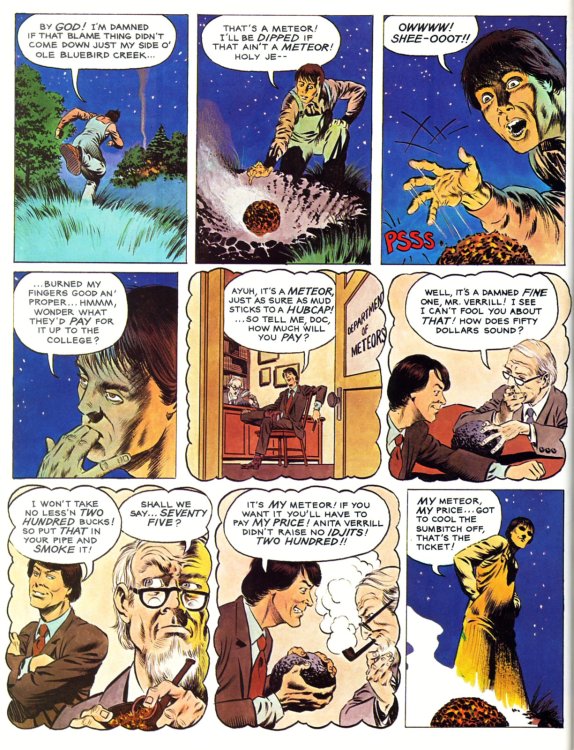 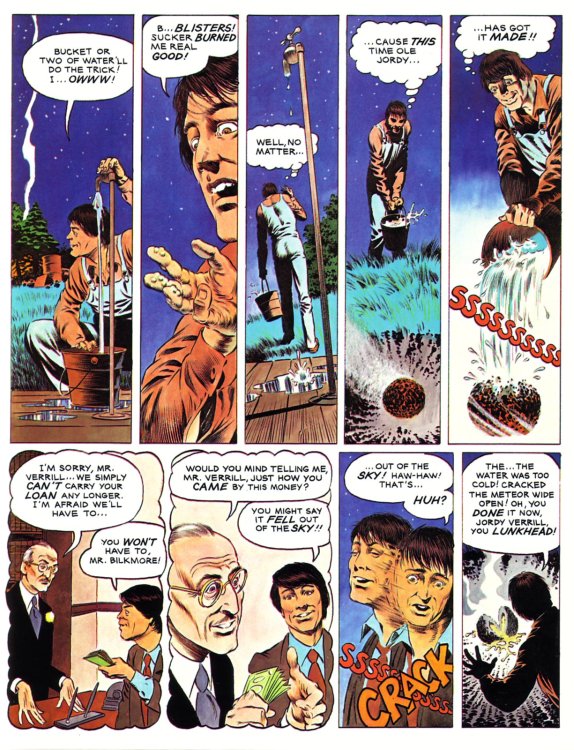 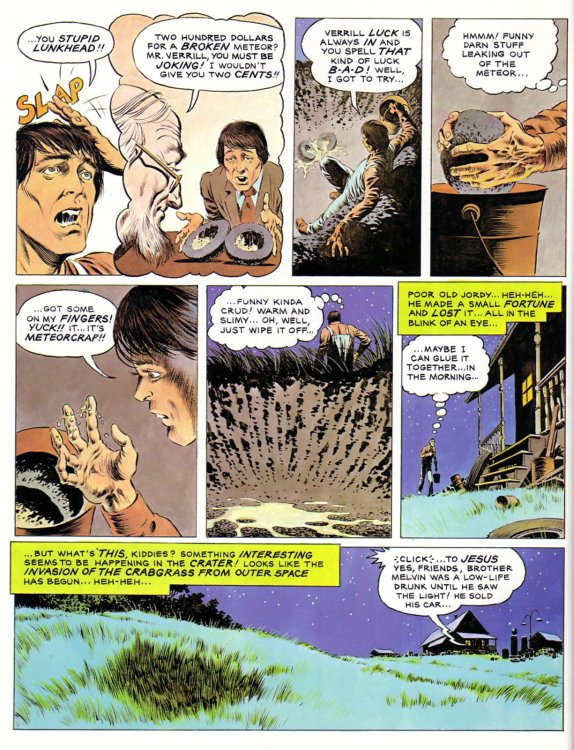 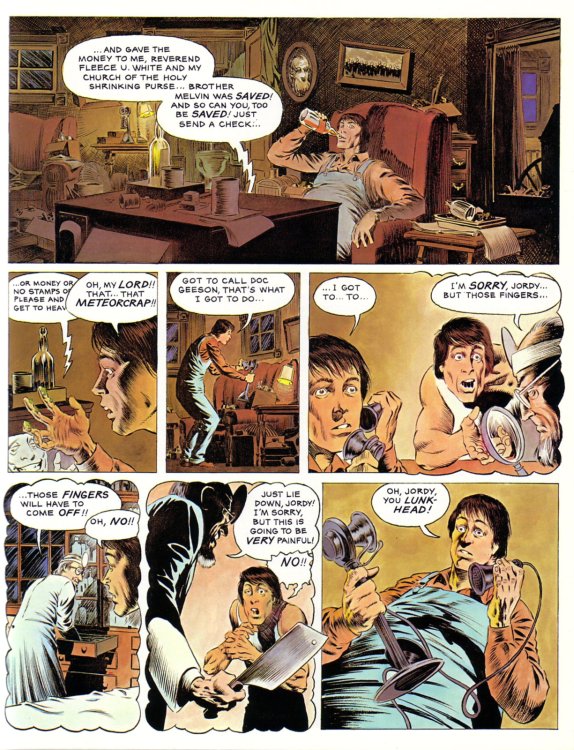 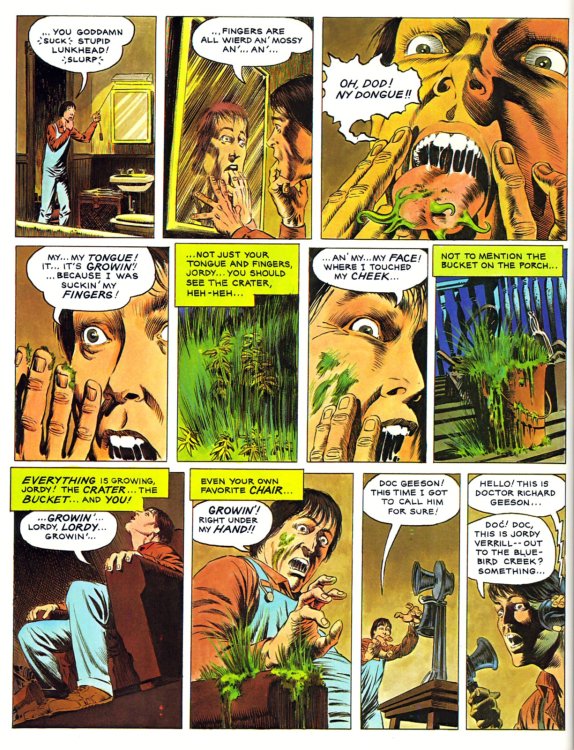 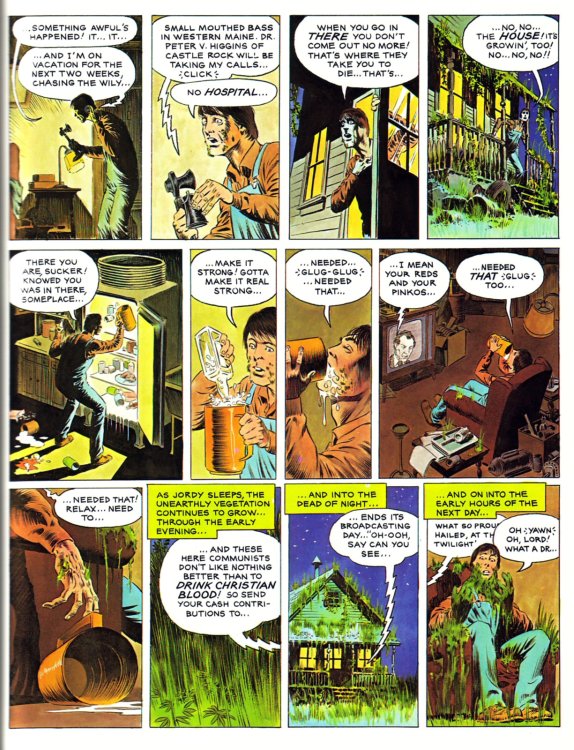 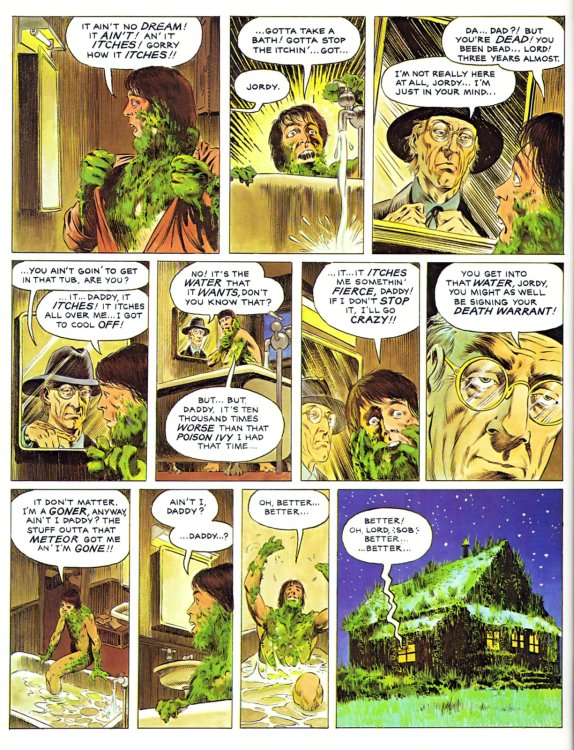 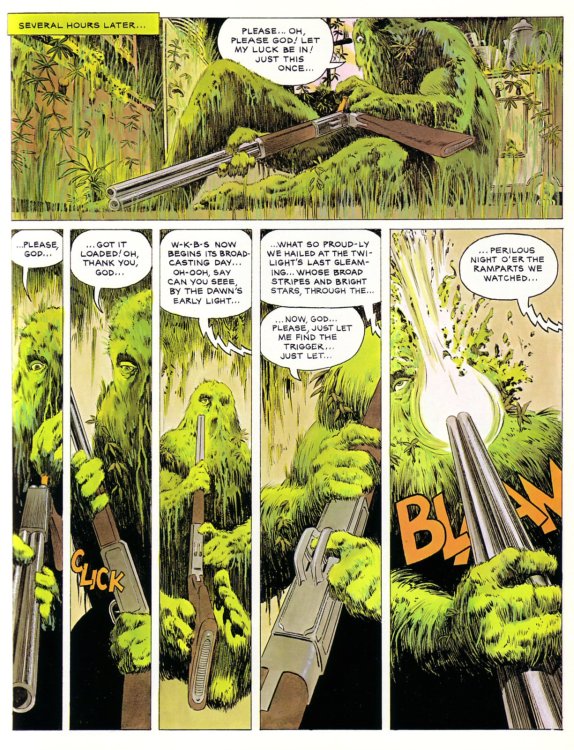 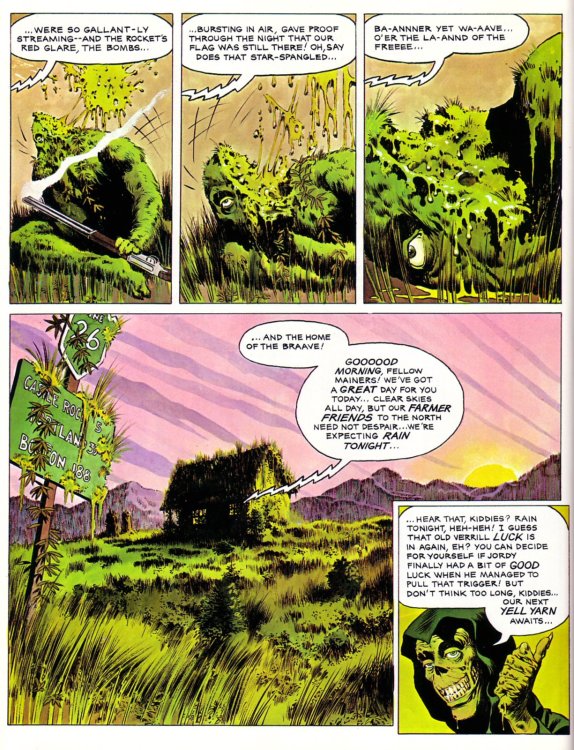 In the film, Jordy is played by CreepShow scriptwriter Stephen King.

This segment is one of two based on previously-published short stories by King.
The original tale was called "Weeds" and appeared in Cavalier Magazine.
It has since been reprinted in several anthologies, but you can read it online HERE.
(NOTE: The link is to the "Weeds" page on the official Cavalier website, but this page DOES NOT have any NSFW material. Just don't click on any links from there...)

Tomorrow:
The Crate!
We hope you're enjoying our contribution to the Countdown to Halloween Blogathon!

While we catch our breath, a word from our sponsor
(Oh, wait, that's us!)
Check out the

Horror Comics of the 1950s
Collectibles Shop
Posted by Britt Reid at 10:19 AM