When Last We Left the World's Most Famous Secret Agent (huh?)...
Investigating the disappearance of two undercover agents in Jamaica, James Bond has discovered links to a mysterious man named "Dr No".
Sneaking onto No's island hideaway on Crab Key, 007 encounters a bikini-clad beachcomber named Honey Ryder, and the two are captured by No's guards... 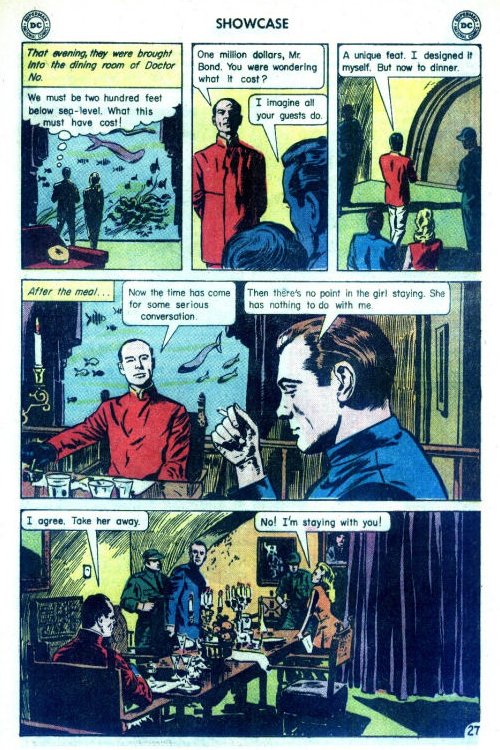 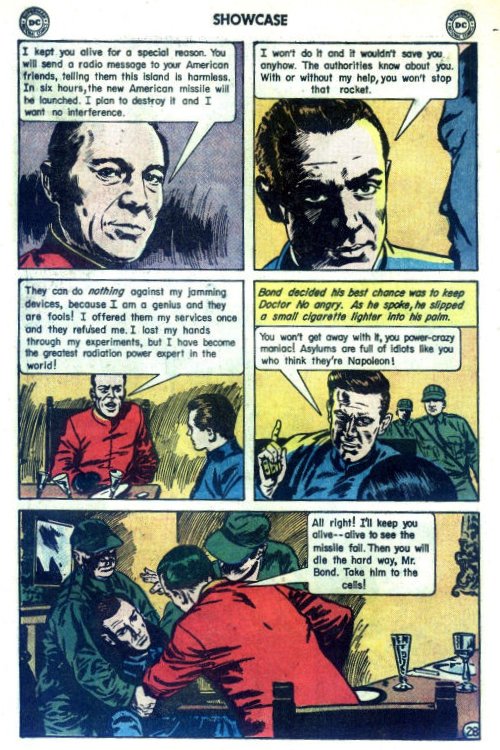 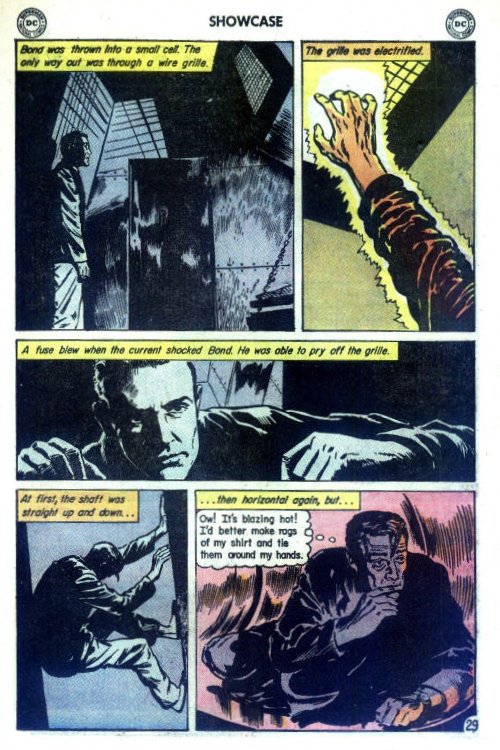 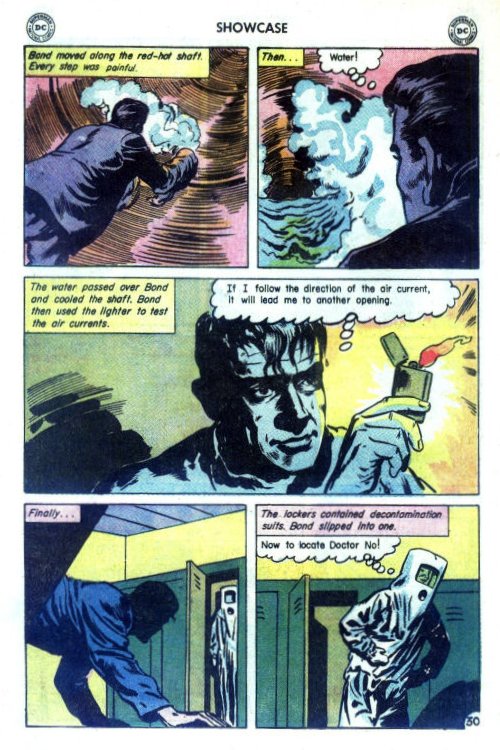 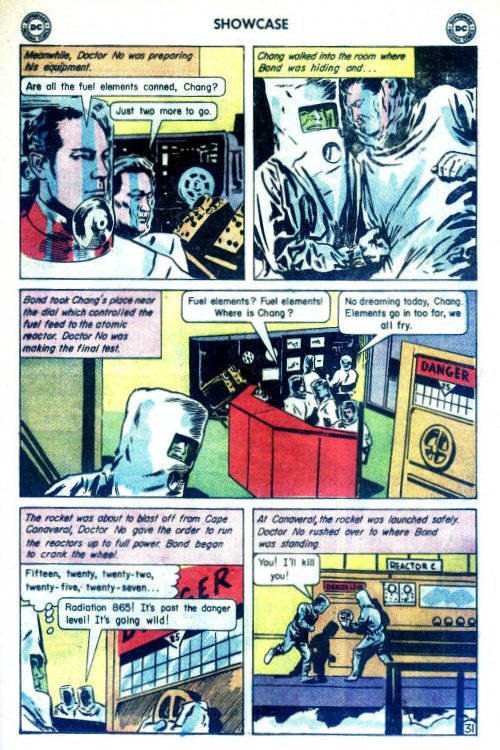 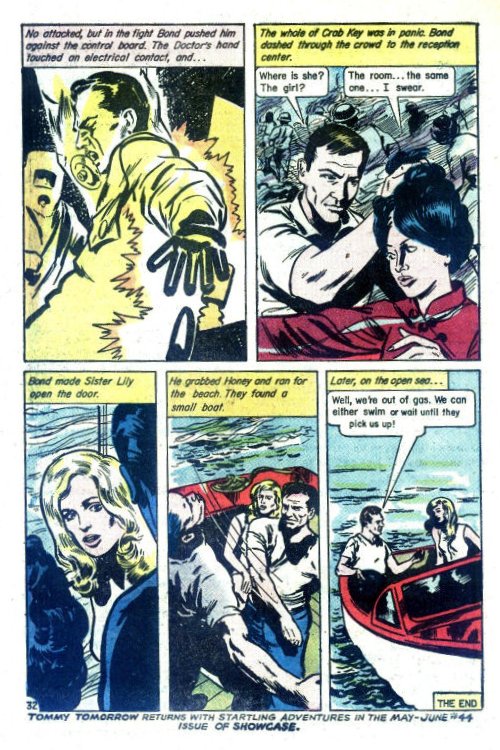 There was also a text feature about both 007 and his creator, Ian Fleming... 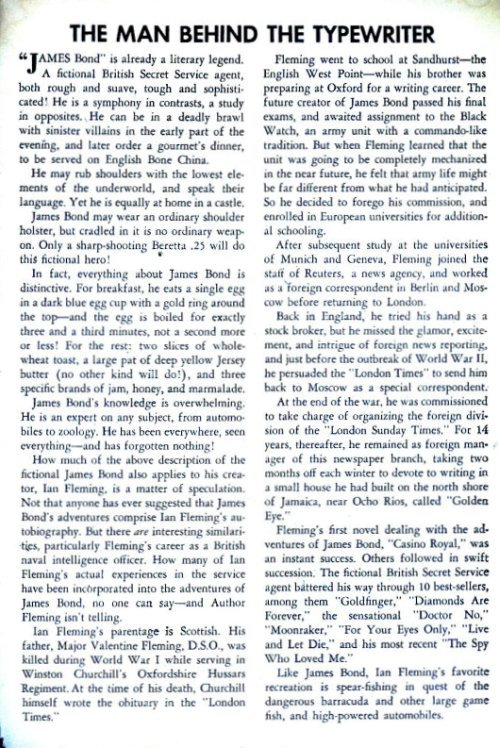 Because Showcase #43 came out months before the movie debuted in America, it sold poorly, and DC didn't bother to exercise their 10-year option to do more James Bond tie-ins!
Ironically, in 1972, DC realized they were about to lose the rights to do 007 comics and considered producing an entire series of one-shot movie adaptations up to, and including, the current film, but Sean Connery's announcement that Diamonds are Forever would be his last film in Bondage (ouch) put the kibosh on those plans!
That's why there were no comic book adaptations from Gold Key or Dell (who were doing comics based on every movie and TV show they could get their hands on) during the height of '60s Bond-mania!
The next 007 movie adaptation would be For Your Eyes Only from Marvel in 1981.

Originally-published in England in 1962 as an issue of Classics Illustrated, it was considered inappropriate for CI's American audience, so the project was turned over to DC Comics, which made some changes in both text and art due to violence and racial content, then published it as part of their anthology series Showcase in early 1963.
Below is a b/w scan of the original British version of the final panel of the story which you can compare with the final page above.

Now, that's the James Bond we know and love...